ACB Liga Endesa: Real Madrid does not see light at the end of the tunnel: it could even lose home court factor in the ACB playoffs 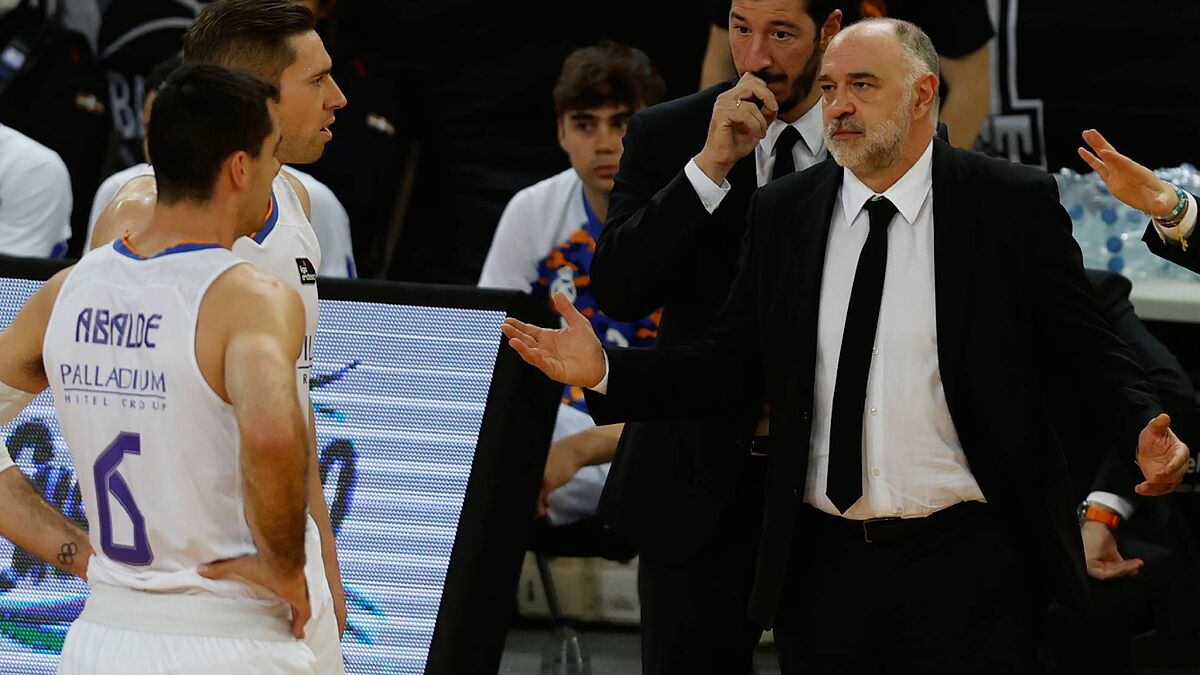 El Real Madrid returned to the old ways in Bilbao. The good image offered a few days before at the Palau was useless. Those of Pablo Laso recovered the sins that have accompanied them since shortly before the cupbearer break and added their fifth consecutive loss and the ninth in his locker in the Endesa League. A fact never seen in the stage of the coach from Vitoria on the white bench.

The white stumble in Bilbao not only makes the winds of crisis blow again in the Madrid team, but also jeopardizes his current second position in the table and even questions the possible home court factor in the playoffs of the domestic competition. Something unthinkable a few weeks ago.

The accounts for the second place

Real Madrid is still behind Barça but his balance already shows 19 wins and nine losses, the same accumulated by Joventut and BAXI Manresawho have one game less, and only one more than Valencia Basket and Lenovo Tenerife, also with one game less. Thus, the madridistas cannot afford many more skids if they want to ensure not only second place, but also home court advantage in the playoffs.

Besides, the accounts are not very flatterings for the white team in the case of ties with one of its rivals with whom it fights for second place. In the absence of playing the second leg with the verdinegro team, which they beat by 19 in the first leg, the whites have drawn on wins with each of the other teams in contention. And it only exceeds in the particular basket average (+13) to Valencia Basket. A figure that has lost both with the Manresa team (-6) and with the insular squadron led by Txus Vidorreta (-4).

Five losses in a row

Beyond the balance of victories and defeats, the sensations do not accompany Laso’s team either, plunged into the worst crisis since he joined the white team. A collapse that began with the league defeat against Barça at the Palace on January 23 (75-85) and what continues 28 games later with a balance of 11-17 and five consecutive setbacks, aggravated by the extra-sports situation caused by the ‘lows’ of Thomas Heurtel and Trey Thompkins.

“My obligation is to look ahead and look for a reaction. The most important thing is that a team has to be recognizable, I always say that. Alreadyright now there are many situations in the game that punish us a lot. A lot,” acknowledged Laso after the defeat in Miribilla. “You have the ball, you’re two down and you take the last shot and you’re down 5. It’s a mistake, nothing happens, but we make many mistakes. The first thing you have to recognize and clearly improve. If we don’t improve, it’s going to cost us a lot because those mistakes cost us. We have to improve to be more solid during the 40 minutes.”

The coach from Vitoria and his players have time and willpower to turn the situation around, but they have a lot of work ahead of them. Against Bilbao, Laso’s men again suffered from a solid leadership and offensive ideas when attacking in static, in addition to his lack of success in the outside shot (nine of 38 from the triple). Symptoms that he has to remedy immediately before the visit of a Maccabi that does not forgive mistakes and that can leave Madrid touched and sunk for the remainder of the campaign.