BVB – victims of their own claims: The air for Dortmund coach Marco Rose is getting thinner 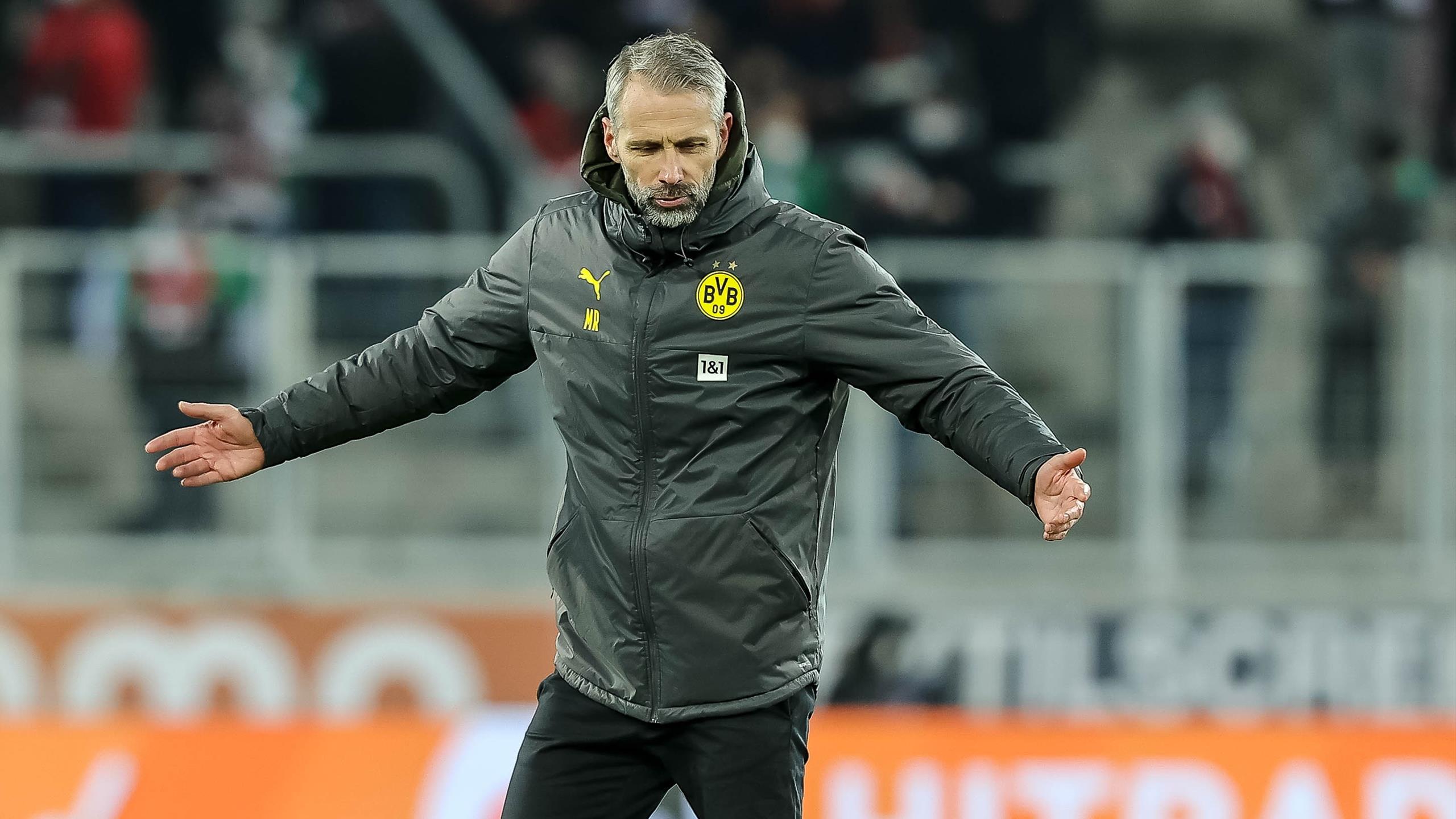 The dissatisfaction of the BVB fans could hardly be overheard on Sunday evening. “Rose out!” resounded from the Borussia Dortmund fan block through the Augsburg WWK Arena.

This was not hidden from the affected BVB coach. “If I answer the question, I’ll give material again,” replied Marco Rose, visibly annoyed when asked about the calls from the supporters.
“It’s not a pleasant situation for a football coach. But I can assess the situation properly. We’re all very, very disappointed with our performance in every cup competition,” he admitted after the sobering 1-1 draw at FC Augsburg and stressed:

100 million euros in the till: BVB extends with Signal Iduna

“We are second in the Bundesliga. If we had reached the next round somewhere – Champions League, DFB-Pokal or in the Europa League – maybe we would talk about other things.”

However, the reality in Dortmund looks different.

“Rose-Raus” calls in Augsburg: This is how the BVB coach reacts

After the two disappointing knockouts in the Champions League and Europa League (4: 6 in addition against Glasgow Rangers) and the embarrassing DFB Cup loss at second division club FC St. Pauli (1: 2), the last dream of the title should now come true , winning the German championship, vanished into thin air.

Even if this was only of a theoretical nature with all the sovereignty of FC Bayern.

The declared goal of the season, the renewed Champions League qualification, seems to be ten points ahead of BVB in fifth place – but it shouldn’t be more than eight points behind the German record champions with ten games left pass.

“We have to be more ripped off,” demanded Emre Can at “DAZN” and complained: “I stand here and say the same thing every week, that’s not nice.”

BVB too vulnerable at the back

However, it would be too easy to shift the blame for the black and yellow misery onto Rose alone. Even if he has hardly succeeded in taking his protégés to the next level.

The Borussia squad has revealed too many shortcomings this season. Above all, the defensive, which presented itself error-prone throughout the entire season. With 37 goals conceded in 24 games, they are only in the middle of the league (tenth place). So it’s hardly surprising that goalkeeper Kobel only kept his goal clean four times in the league.

With the commitment of national player Nikals Süle (FC Bayern) for the coming season, a first consequence of the defensive helplessness was drawn. However, it is doubtful whether the transfer will be enough to give the shaky back team stability.

Mats Hummels (Borussia Dortmund) and Co. had to accept the late equalizer in Augsburg

No replacement for Haaland and Co.

On the other side of the field, the Rose team is too dependent on goalscorer Erling Haaland. With the Norwegian, who is said to be leaving the club next summer, BVB scored an average of three goals per game, without Haaland it is only 2.2 goals per game.

In view of the quality of the squad across the board, which falls noticeably compared to some other top teams, too many to be able to keep up with FC Bayern in the championship race.

Rose: There are rumors about Terzic’s return

So there is a lot of work to be done by those responsible around the future sports director Sebastian Kehl, who announced after the end in Glasgow that there would be no “business as usual”. The club leaders will have to ask themselves many uncomfortable questions in the coming weeks and months, including those about Rose’s future.

As a possible alternative, ex-coach Edin Terzic (currently technical director) is repeatedly mentioned, who brought the DFB Cup to Dortmund as a trainer last season and consequently enjoys an excellent standing with the fans. A change of coach doesn’t seem really likely at the moment.

“Rose can prove something. The question is whether he let himself be blinded and said that he could do it with this squad, because the quality of the squad is not good enough in some positions, you could see that in Augsburg,” said the former Commentator Marcel Reif in the “Bild” podcast “Reif ist live”.

End of the season decisive for Rose’s future

In the final spurt of the season, it is now important for the black and yellow to promote the personnel upheaval as best as possible in order to provide Rose with a quick-witted squad for the coming season. Provided that the former Gladbach coach is still on the bench.

“The question is whether the management trusts him to shape the team into a top team with a new squad. I believe that Borussia’s performance in the coming games will be decisive whether they continue beyond the summer or not.” , suspects frost.

Rose is apparently also aware of this, who emphasized after the draw in Augsburg: “We are now trying to get the most out of the season.”

After all, this could be decisive with regard to his future at the club.

You might also be interested in: “The best number two in the world!” Klopp pays homage to Liverpool’s match winner

“Rose-Raus” calls in Augsburg: This is how the BVB coach reacts

Rose-out calls in Augsburg – BVB coach: “Not a pleasant situation” 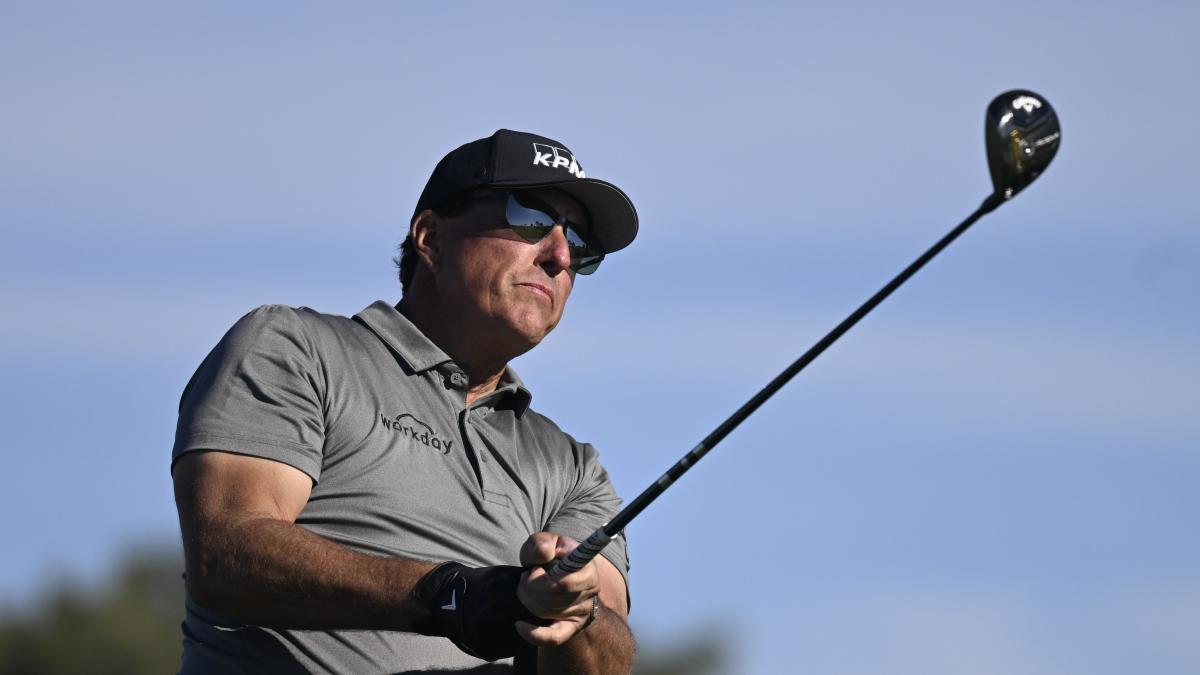 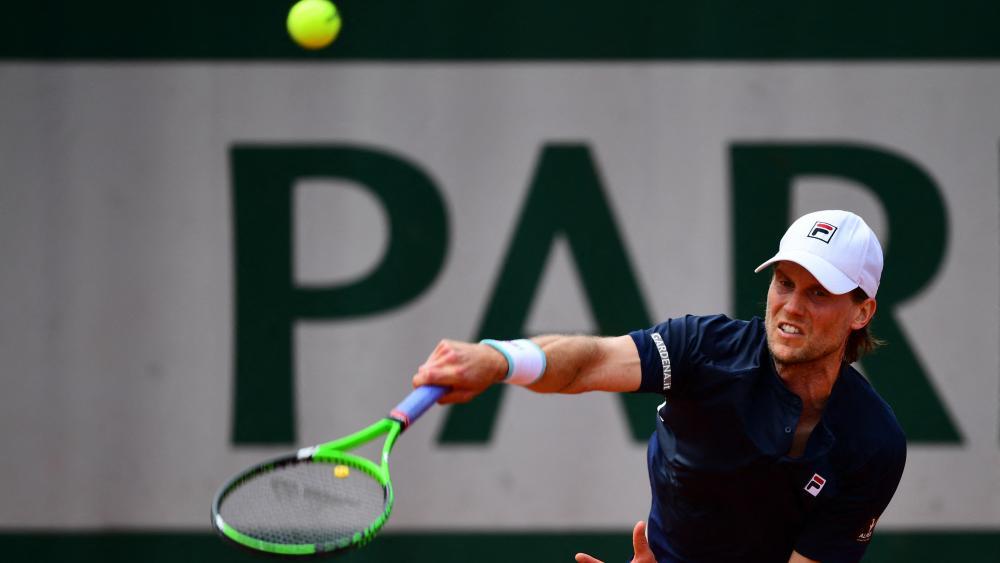