Juan Siemienczuk will replace Daniel Godoy, who was fired after winning the APBF Official Tournament title and fourth place in the Provincial League. The technical assistant will be Ariel Thuot.

The 40-year-old DT is nationally recognized for his work in men’s national competitions with Atlético Echagüe Club, Estudiantes de Olavarría and especially Unión de Santa Fe, a group that led to the promotion of the Federal Tournament to TNA in 2013. In 2019 Siemienczuk He crossed the border to direct La Salle de Tarija de la Libobásquet (Bolivian Basketball League), a team he had also oriented in 2017. In his valuable career he was also in charge of Talleres in the men’s branch.

Regarding the formation of the squad for the associative contest and the Federal Tournament 2022 (NdR: It could take place from May), the returns of Delfina Galván were confirmed, who played Provincial League in Urquiza de Santa Elena, Laura Rotta, runner-up of the TFFB 2019 with CAT and recently passed through Santa Rosa de Santa Fe, and Iara Salcedo, who left Rowing after one season. 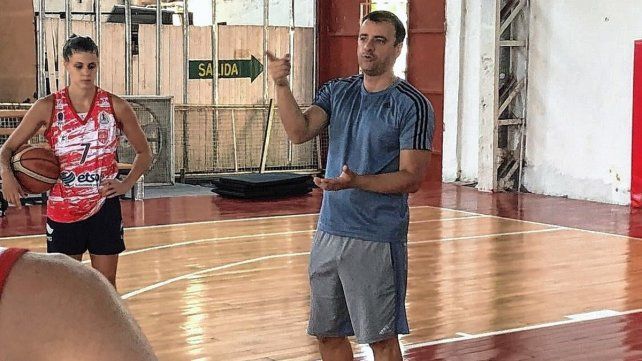 Regarding the training categories, the staff of coaches is completed with Ariel Thuot commanding the U17 and U15 categories, while she will work together with Nadia Carrero with the U13 girls. As for the Minibasquet and School, the work team will continue composed of Nadia carrero, Camila carrero Y Sofia Chelini.

Finally, from the Workshop Press area, they highlighted that during January and February the Subcommittee promotes a Summer School for girls from 4 to 11 years old, with the aim of enhancing the fundamentals and knowledge acquired throughout the year and in addition to exercising and enjoy moments in the pool.

They give utility to the CU fields; seek...