search for successor Annan is not that easy

With the departure of Alyson Annan, who has been at the helm of the Dutch national team since October 2015, the KNHB has to look for a new national coach. A quest that is complex for several reasons.

The abrupt farewell of the three-time World Coach of the Year (2017, 2018 and 2019) brings the hockey association into a split. In view of the extremely sensitive ongoing investigation into the performance climate at the Orange Ladies, the greatest possible care is required with the appointment of a successor. At the same time, time is running out, because the world championship (partly in front of the home crowd) will be held in five and a half months and the preparation for it is about to start.

On Wednesday, the KNHB announced in a press release that it is currently considering the succession of Annan for both the short and long term. As far as the short term is concerned, the Dutch national team has its first training session on Monday, after the December free month. The first Pro League matches are also coming up soon. At the beginning of February, when the situation surrounding the corona virus allows, the Netherlands will play two away games against Spain. Two away games against India will follow in mid-February.

On Wednesday, the KNHB announced the farewell to Alyson Annan. Photo: Koen Suyko

The most logical choice for the short term is the German Jamilon Mülders, who joined the Dutch national team after the Tokyo Olympics. Of the current members of the technical staff, he is the first in line as assistant national coach after Annan’s departure. Moreover, Mülders knows what is required in international hockey. As national coach of Germany, he won European Championship gold in 2013 and Olympic bronze in Rio de Janeiro in 2016. After his period with Germany, Mülders was active as the national coach of the women of China.

It also speaks to his advantage that he only started at Orange last September and he therefore bears no responsibility for what would have happened before Tokyo. It is obvious to appoint him until the Pro League games in February, so that the preparation for the World Cup can begin. Moreover, that brings some peace after Annan’s abrupt departure. 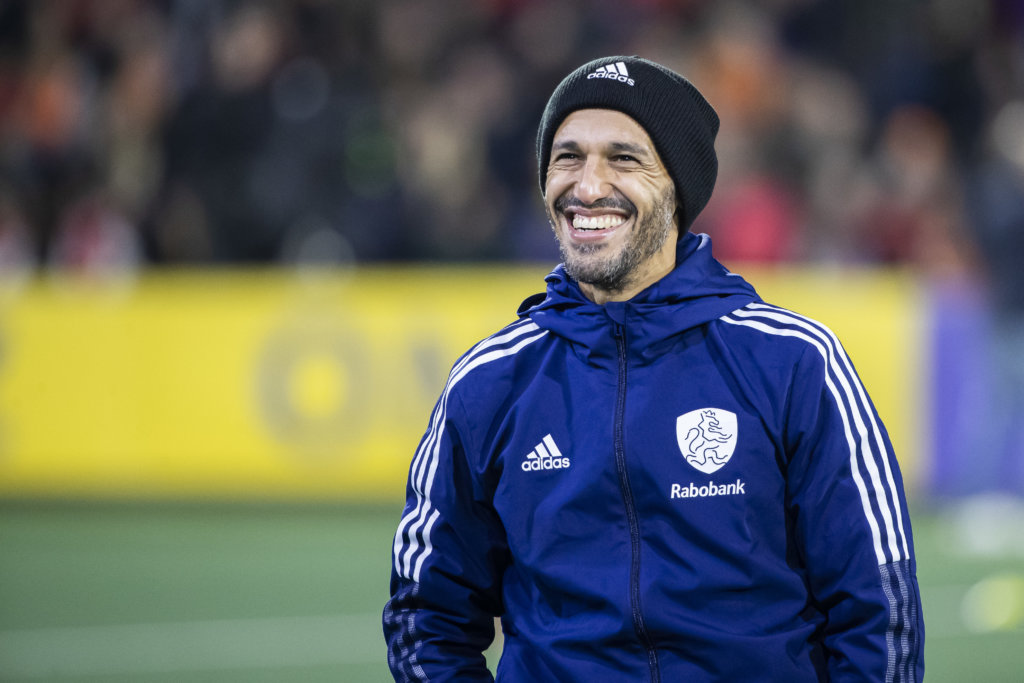 Jamilon Mülders is the most logical choice to appoint for the short term. Photo: Willem Vernes

Raoul Ehren was on pole position for a long time

The difficulty of long-term appointments lies in several aspects. First of all, the research into a careful overall picture of the performance climate at the Dutch national team is still ongoing. The outcome is not expected until the end of February, beginning of March.

Where normally a heavy set of requirements is already set for the position of national coach, it is now added that the person must fit in with the possible recommendations that follow the conclusion of the investigation. Appointing someone before the investigation is completed can carry the risk of ultimately concluding that his or her approach is not the innovation that this group of players needs. It therefore seems extra sensible to lift the appointment for the long term over the outcome of the investigation and therefore also over the Pro League games in February. Moreover, the Orange squad will not play again until April after these matches.

In addition, the question is who is even suitable and available to give a face to the new performance climate as a national coach and to continue the successes. Of the Dutch candidates, Raoul Ehren stood up as champion maker at Den Bosch for years pole position. But at the end of December 2020, he started a mission with the women of Belgium towards the Olympic Games in Paris. Ehren, who has a contract until the next World Cup, is not the man to let the Belgians sit six months after Tokyo. 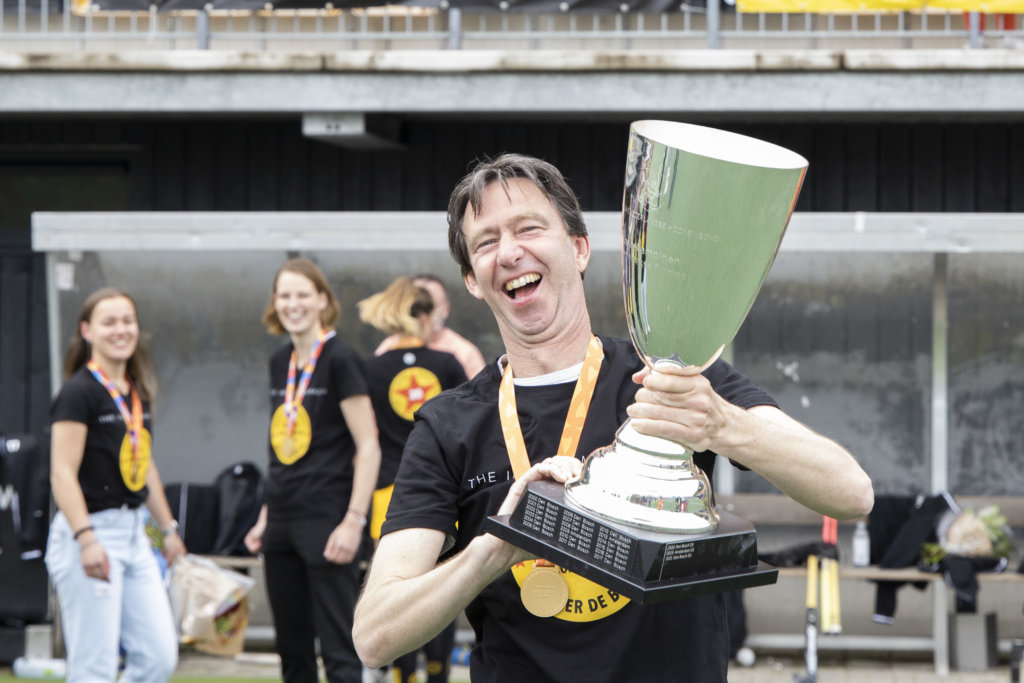 Raoul Ehren was on pole position for years to become national coach of the Dutch national team. Photo: Willem Vernes

Janneke Schopman has sufficient international baggage, but has had ultimate responsibility for the Olympic surprise India since Tokyo. As national coach of the United States, Schopman gave an interview with hockey.nl in which she openly doubted how long she wants to remain active as a coach at international level, because the pressure as a national coach is much greater than as a club coach. “Of course I will think about it if I ever get the question whether I want to become national coach of Orange, but the pressure in the Netherlands is different than in the United States. Much more pressure from the outside world to perform,” she said at the time.

Schopman took over from one of the few other Dutch coaches who has been active in international women’s hockey in recent years: Sjoerd Marijne. Marijne was already national coach of the Orange Women, but was dismissed by the KNHB after the disappointing European Championship silver of 2015, and has only just started a new adventure with the men of Tilburg. He will not be a serious option for those reasons. Marieke Dijkstra is known as a national coach at the KNHB, but has only been head coach of Den Bosch for half a season and therefore has little experience at the top.

Rick Mathijssen, coach of the men of national champion Bloemendaal and assistant national coach with the Orange Men up to and including Tokyo, knows women’s hockey well through his period with Amsterdam. His contract with Bloemendaal expires after this season, but the question is whether Mathijssen, who made the switch to men in 2019 for a reason, already wants to return to women’s hockey. Moreover, it does not seem to combine national coaching with his position at Bloemendaal. A scenario that is possible is that someone else – for example Mülders – stays on as interim pope until the world championship and Mathijssen only starts working for Orange after that. 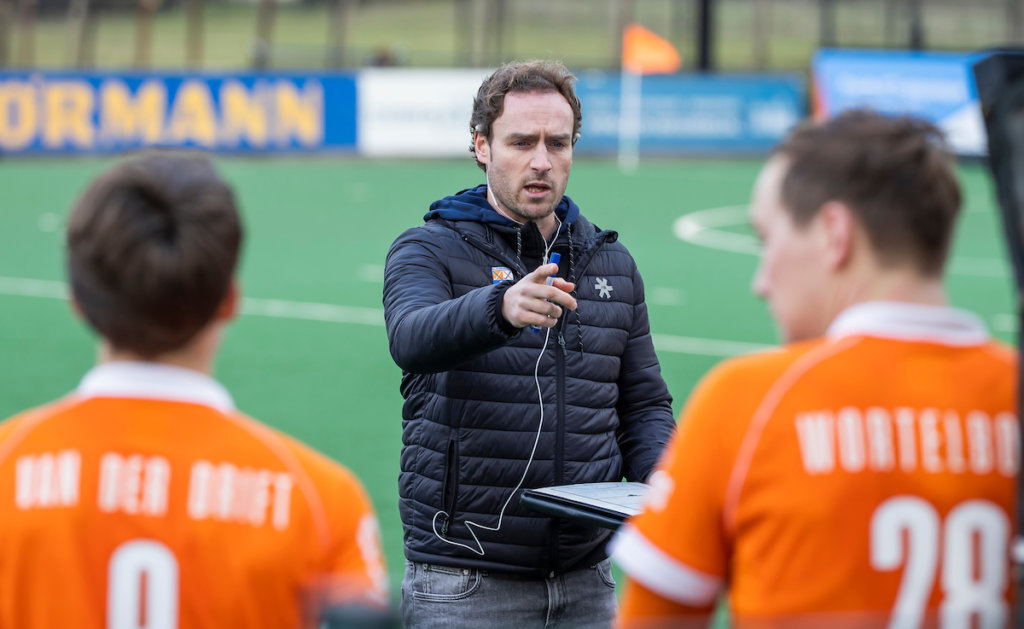 Rick Mathijssen is currently under contract with the Bloemendaal men. Photo: Koen Suyko

A possible outcome for the hockey association could also be to take a look across the border and seek refuge in a foreign national coach, but the candidates are not readily available there either. Partly due to the unprecedented success of the Dutch national team led by Annan, there are few, if any, national coaches in international women’s hockey with appealing titles on their resume. The choice for a new national coach can therefore just end in a considerable brain teaser for the hockey association.

The Costa Brava is reinforced with central Dani...

“Maybe blackmail is a variant of love”

Ousmane Dembélé hits back at FC Barcelona in...

An added prize for Nico Williams