Contrasting day for Paul Barjon at the Waialae Country Club in Honolulu. The tricolor shone on the first leg before faltering on the return but easily crossed his 3rd cut in 5 tournaments this season. The American Russell Henley took control after a dazzling last third!

9 years after having made a resounding debut on the American circuit with a victory in his first tournament, Russell Henley once again climbed to the top of the Sony Open thanks to a card of 63 marked by two eagles at 9 and 18 (see video below)!

His final foot to the floor, 6 strokes under par on his last 6 holes, allows him to take 3 lengths ahead of the Chinese Haotong Li who benefits from an invitation to play this event.

In third place Matt Kuchar who has been in Hawaii for the holidays for almost a month would see himself winning his 10th PGA Tour tournament on Sunday and is 4 shots.

Among the great rises in the standings, note that of the 48-year-old veteran Stewart Cink author of a remarkable 63 which makes him climb to 5th place at mid-tournament but also that of the very promising world number 1 amateur of 21 years Keita Nakajima.

His 64 Friday makes him climb 35 places and join his eldest winner of the Masters last April Hideki Matsuyama. After 36 holes, the two men have the same total of 9 strokes under par and also share 5th place.

Hideki Matsuyama’s got that. 💪 pic.twitter.com/DHABpjCmX6

After a sparkling first day (61) the defending champion Kevin Na suffered on the greens and played 10 strokes more than the day before. It is showing a sharp decline. Same observation for the one who followed him Thursday evening Jim Furyk who had to wait for his 18th hole to score his only birdie of the day!

The two men will however be present this weekend but the cut set at -5 (lowest cut record dating from 1998 equaled) has done damage among the headliners since 2 of the 5 players ranked in the top 10 of the FedEx Cup at the start of this tournament fell by the wayside. The brilliant winner of the past week Cameron Smith and South Korean Sungjae Im winner of the Shriners Children Open in October.

Barjon 3 shots from the top 5

Finally for Paul Barjon this 2nd round was not easy. After an excellent start to the course punctuated by 4 birdies in 9 holes during which the tricolor only needed 12 putts, Barjon had to go through some turbulence on the return, yet ideally launched by a drive on the par 4 green hole number 10!

The 3 putts 10 meters from the hole that followed, was apparently a small grain of sand in the beautiful mechanics of New Caledonian. Barjon then conceded 3 bogeys on the 4 missed greens in regulation of the next 8 holes.

From a statistical point of view Barjon touched 7 fairways and took 12 greens in regulation but it was in putting that the Frenchman conceded the most points in the field of players (-2 strokes) with a total of 28 putts (12 outward, 16 return).

The video summary of the 2nd round 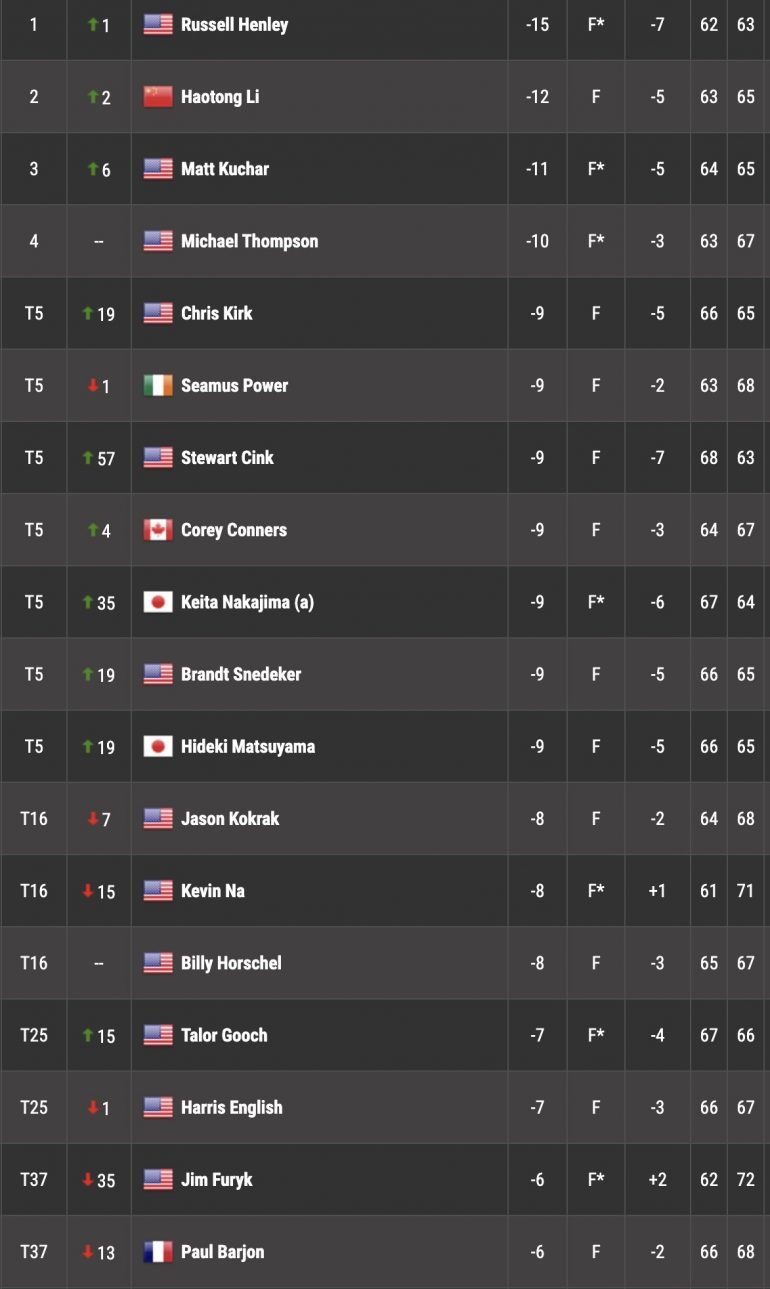 Australian Open 2022: Paula Badosa is infallible in the finals and wins her third WTA title in Sydney

PGA: Hodges and Cantlay do well

Nelly Korda still leader of the Tournament of...

Morikawa takes a tense walk on the wire...

Jamieson does not give up and Cabrera Bello...

Jamieson does not give in, Cabrera Bello gets...