Novak Djokovic has to go back to the deportation hotel

Visa canceled
Before the start of the Australian Open: Novak Djokovic has to go back to the deportation hotel

Tennis star Novak Djokovic’s hopes of being able to compete at the Australian Open rest at a hearing on Sunday morning. Until then he has to stay in a deportation hotel.

Shortly before the start of the Australian Open, defending champion and record champion Novak Djokovic is again in custody in the Corona crime thriller about his entry to Australia. Instead of preparing in the Rod Laver Arena for the Grand Slam tournament in Melbourne that begins on Monday, the 34-year-old world number one from Serbia was brought back to the deportation hotel due to the visa being canceled again, as Australian media reported on Saturday. It is likely that he will remain in custody overnight. A court hearing is scheduled for Sunday morning at 9:30 a.m. local time.

The Federal Supreme Court should clarify whether the world number one is allowed to take part in the Australian Open or has to leave the country. As the Australian news agency AAP reported, it is being examined whether the hearing should take place in front of a single judge or three judges. The visa case continued on Saturday with a brief procedural hearing before Judge David O’Callaghan, with the time set for Sunday.

Between esoterics and ultra-nationalists: Djokovic and a country in the grip of corona skeptics

Visa invalidated for the second time

After the authorities refused entry to the unvaccinated Djokovic last week, he had spent several nights at the Park Hotel in Melbourne’s Carlton district. The first court decision last Monday was in his favour, Djokovic then continued preparing for the first Grand Slam tournament of the season.

His visa was invalidated a second time in a personal decision by Immigration Secretary Alex Hawke on Friday. The Australian government argued, according to court documents, that the unvaccinated tennis pro’s presence in the country could encourage “anti-vaccination sentiment”. Immigration Minister Alex Hawke justified the cancellation of Djokovic’s visa on health grounds.

Tennis Olympic champion Alexander Zverev, meanwhile, spoke out in favor of Djokovic participating in the Australian Open. “I understand the perspective of the Australians and the government,” said the world number three from Hamburg: “The Australian government and the government of Victoria should have known in advance what was going to happen, I think it’s not very fair for a person to come here and not be able to play.” Zverev tied the enormous fuss in this case to Djokovic’s status: “I don’t know enough about the situation, but I think if it weren’t for Novak Djokovic, the world number one with 20 Grand Slam titles, all of that, it wouldn’t be such a big drama.”

Resistance to the spades: These are the most well-known vaccine skeptics in world sport 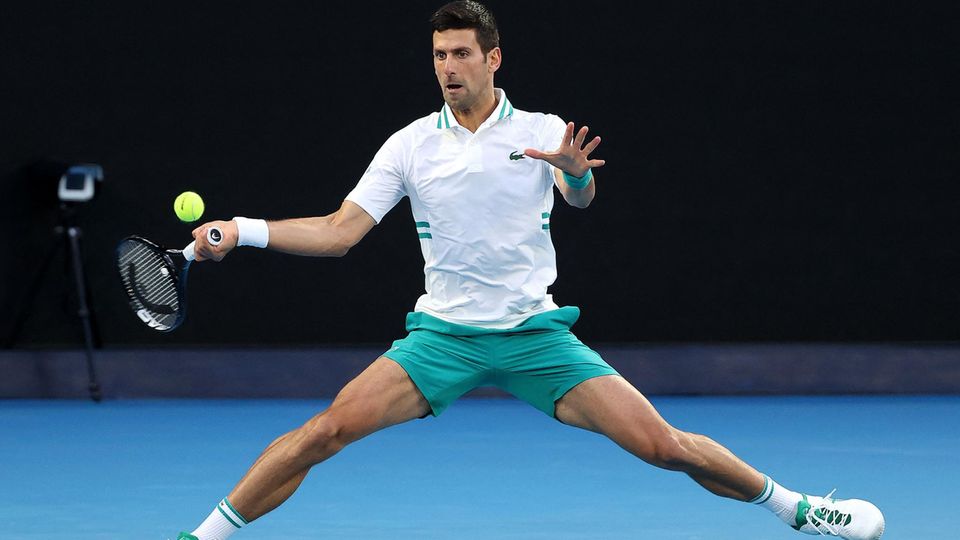 The Serbian tennis star is fighting his deportation from Australia at practically the last minute after his entry visa was canceled. Lawyers for the world number one appealed against the visa withdrawal before a court in Melbourne on Thursday afternoon (local time), as reported by the Australian news portal “The Age”. Accordingly, they were still gathering documents and should be heard by Judge Anthony Kelly later in the day. Djokovic traveled to Australia with a highly controversial medical exemption and landed in Melbourne late Wednesday evening (local time) to take part in the Australian Open. The tournament starts on January 17th. However, the Australian border protection authority refused him regular entry – and instead had the 34-year-old brought to a hotel for those who had to leave the country. Djokovic should start his journey home on Thursday.

Other athletes annoyed by the cause of Novak Djokovic

Two days before the start of the first sporting highlight of the season, other tennis competitors were annoyed by the ongoing topic and would rather talk about their sport. Like the Spaniard Rafael Nadal, for example. It is clear that Djokovic is one of the best tennis players in history. “But no tennis player in history is more important than the event,” said the 35-year-old. “If he plays in the end, ok. If he doesn’t play, the Australian Open will be great Australian Open – with or without him.” In his opinion, there are “many questions that need to be answered” in this case, said the sixth in the world rankings: “I think it would be good if everything would be clarified soon.”

CAN 2022: Salah’s Egypt must wake up … What you need to know about Saturday

Petrushenko’s revised record of 300 meters does not...

Hammered, Leisure, Villa… the businesses of the soccer...

Zlatan Ibrahimovic on Kylian Mbappe: ‘I would go...