‘Law of symbiosis’ just posted amid controversy, why it’s too early to feel relieved

The cast of SBS ‘Law of Coexistence’ removed the beehive. broadcast capture

Interest in ‘The Law of Coexistence’ was hot even before the first broadcast. It was because of the controversy that it promotes aversion and killing of ecosystem-disrupting species. This entertainment, which opened in a worried gaze, escaped from various concerns through the first broadcast. But it seems it’s still too early to be reassured.

SBS ‘Law of Symbiosis’, which aired for the first time on the 6th, is a symbiosis variety that examines the causes and current status of ecosystem-disrupting species and what can be done for harmonious symbiosis. It was planned as a trilogy, starring Kim Byung-man, Bae Jeong-nam and Park Gun.

On the 22nd of last month, before ‘Law of Coexistence’ visited the small screen, KARA posted a blog post and insisted on canceling the airing. The animal protection group said, “It is obvious that by showing indiscriminate capture and killing in an airwave program that has a high impact on society, it will promote hatred of the species as well as the awareness that it is okay to catch and kill species that are ecologically disturbing.” On the 4th, an article was posted saying, “Scenes showing interest-oriented random control are meaningless, seriously undermines the sense of respect for life, and only overshadows the search for long-term alternatives such as fundamental solutions to problems.”

How was the first broadcast of ‘Law of Coexistence’ 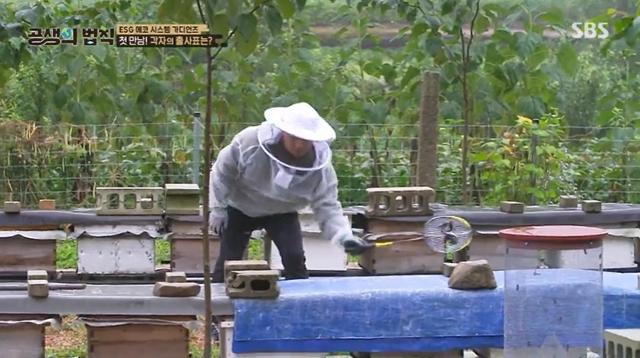 How was the ‘law of symbiosis’ that ended in the controversy? Episode 1 dealt with the black wasp that threatens bees. Dr. Hyo-hye-mi Lee, head of the invasive biology research team at the National Institute of Ecology, who appeared on the broadcast, said, “One of the other terms used to refer to organisms that disturb the ecosystem is an invasive species or an invasive alien species. It could be an extreme example, but let’s assume that an intruder has entered our house. “Ethically and humanely, do you think an intruder is life and should be let go? That’s a very difficult task.”

There were a lot of people who were worried that ruthless killing would be portrayed before the broadcast, but there was no scene where the black wasps are brutally killed after the beehive is removed. The appearance of the beehive disappeared from the screen, along with the caption ‘According to the site management guidelines for ecological disturbances, the wasp hive was treated with experts at the site’ and the appearance of handing it to the professor who said it would be used for an experiment for damage prevention research. However, the scene where Kim Byeong-man said, “Your hand tastes good” before swinging a badminton stick at the wasps, didn’t feel very pleasant.

The fact that it contains useful information that many people did not know was an advantage of the ‘Law of Symbiosis’. When the expert informed that wasps react to black, even presenter Lee Geum-hee was surprised, saying, “Bees like flowers, so they stick to bright colors. Don’t you wear black clothes to visit the grave?” To prove this, Park went on a wasp experiment while wearing a black blanket. 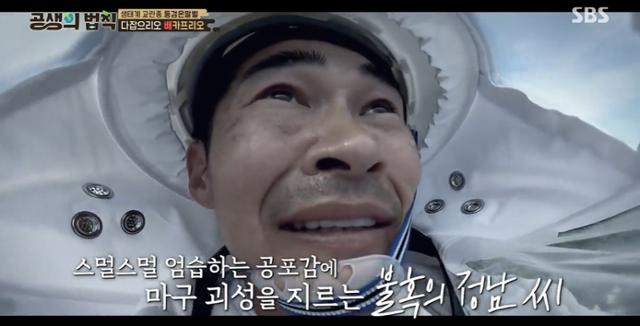 There are many people who are reacting passionately towards the ‘law of symbiosis’, but there are still concerns. This is because it is unclear how the next episodes 2 and 3 will depict the catching of other ecosystem-disrupting species other than the black wasp. Also, in the first episode, in the scene where the cast was trembling in fear, a funny narration such as “What is bothering you. This too shall pass” was inserted, and the fact that someone’s pain was consumed with laughter made some viewers uncomfortable.

Through subtitles, the program emphasized that he climbed on a crane wearing a seat belt and that a fire engine was dispatched in case of an unforeseen situation, but there were some who were concerned about the safety of the cast. In an online community, an article was posted saying, “Isn’t that what an expert should do?” Another netizen commented, “If you make a mistake, you can die.” In a situation where voices of concern are continuing, attention is focused on whether episodes 2 and 3 will receive a good evaluation from viewers.

Ashley Young: a career between Villa and United

Mancieulles. At the badminton club, conviviality above all

T-Shirt Round Neck Kids Badminton is calling… and...

Introduction to badminton at CREPS IDF

The TOP10 enters the decisive phase and the...