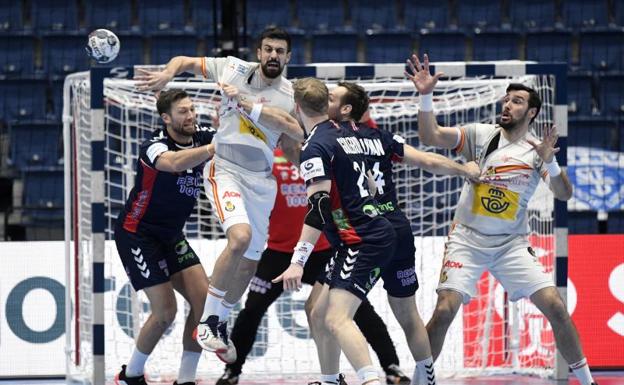 Image of the match between Spain and Norway in the European Handball Championship. / reuters

The first defeat in the European Championship leaves Spain waiting for the last day to certify its pass to cross for the medals, and leaves its record at 17 consecutive victories.

Spain wasted the first bullet and the pass to the semifinals will be played against Poland on Tuesday after a match, thick in attack, in which Jordi Ribera’s men paid dearly for the slop suffered in the second half. Even eleven minutes without scoring was too heavy a slab against a much more armed Norwegian team than in previous events, and who knew how to play their tricks better. The defeat ends the record of 17 consecutive victories in European Championships, and leaves a new ceiling in the air. Reaching the medal race for the sixth time in the last six European Championships hinges on a win over Poland on Tuesday. In this tournament there is only one undefeated team left: Denmark.

The staging was not good as is customary in this tournament, and Jordi Ribera’s team had to row, trailed by an early 0-4 run that left them off balance. Norway, which has lost almost by inertia to Spain in front since 1997, is no longer that group that hangs on the talent of Sander Sagosen as their only resource. Now, and despite also entering a change of cycle, he has gained more wardrobe space and has more decisive players whose contribution translates into more minutes of rest for his great star.

She already showed it a few days ago with Germany, with seven goals from Toft, and this Sunday she again made it clear that she has many more resources that make her similar to the finalist she was in the 2017 and 2019 World Cups. Without going any further, she has with more and better pitchers than Spain, and through that crack he slipped into his appointment with the Hispanics to take command. He defended well in static situations and, despite this, the Hispanics were four goals down at the first change (3-7), with Aleix Gómez as the only offensive resource.

Logically, the incorporation of a slow and lacking Dani Sarmiento weighed too much on a Spanish attack that this time could not count on Cañellas or Antonio García either, confined to the hotel due to covid. It was time, therefore, to mature the game, and Jordi Ribera rolled up his sleeves in search of traps that would bring his team closer to the scoreboard. He tried it first with Ariño advanced, without luck; He later tried giving Guardiola more minutes in attack, and improved Figueras’ performance… but the problem lay behind, where this team has earned international prestige and maximum respect in this tournament.

The defense did not work in the first act, and Spain was left at the expense of Pérez de Vargas’s interventions in goal (he prevented the maximum disadvantage, 5-10, from being greater). And all this despite the lukewarm contribution of Sagosen. It was time to give a rudder change. Increase the intensity of the strokes and paddle faster if possible to continue maturing the match. The Hispanics came out of the locker room with the knife between their teeth ready to activate their defense to disconnect the Norwegian pitchers. And they achieved it in the first instance, placing themselves within a single goal (19-20) before facing the last quarter of the game.

However, just when he did the hard part, the blackout hit. 11 minutes without scoring left Spain on the ropes and more aware of a pájara of its rival than its own merits. And this one did not come. Not only did Norway remain solid on 9m, they also had vital help from the wing, where Barthold (six goals) bordered on perfection.

The Spanish blackout in attack, with four goals in the last fifteen minutes, buried the hopes of reaching the semifinals at the first attempt. On Tuesday they will have a second chance with Poland in front. In case of winning, first place will depend on the result of Norway-Sweden. 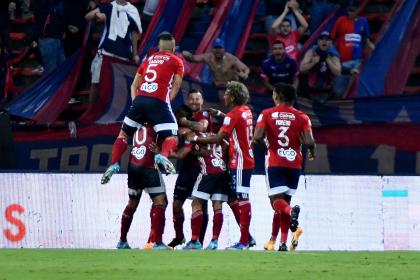