Catherine Raîche GM in the NFL? 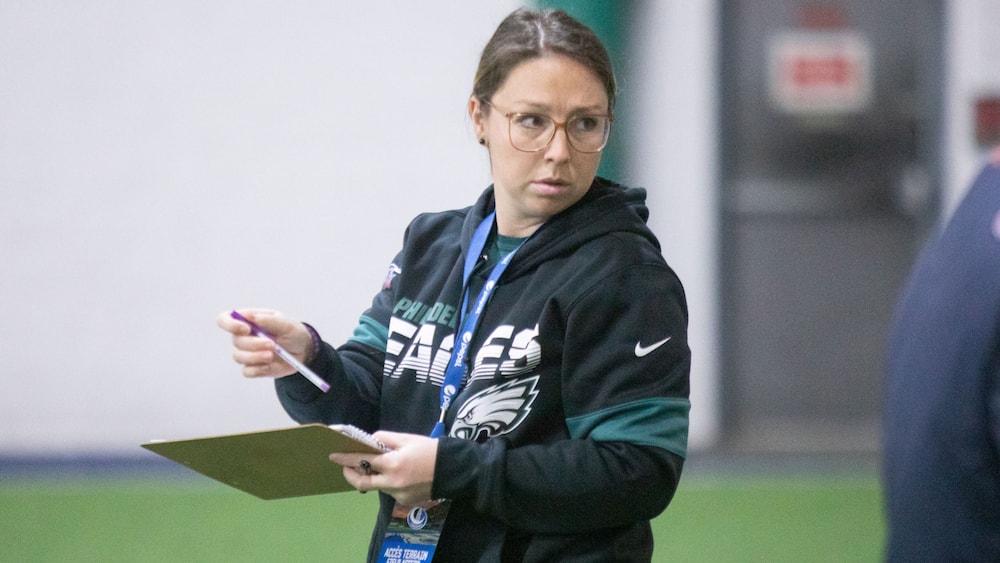 The Minnesota Vikings have asked the Philadelphia Eagles for permission to speak to Catherine Raîche for their organization’s chief executive officer position, multiple sources reported Thursday.

The 33-year-old Quebecer has been vice-president of football operations for the Eagles for just a few months, she who received this promotion last May.

Raîche held the position of Football Operations Coordinator for the previous two years with the Eagles.

Prior to joining the NFL team in 2019, she worked for the Montreal Alouettes and Toronto Argonauts in the Canadian Football League from 2015 to 2019.

The Vikings have been looking for a GM since Monday, the ones who fired Rick Spielman and their head coach Mike Zimmer.

“Loren Jackson? The best pick that Roanne could do”, according to Jean-Denys Choulet

Jerry Jones: I have a lot to think...

Important details of the 2022 campaign for the...

The offensive duos that will shine in the...

The three reasons why Patrick Mahomes and Kansas...

Will Derrick Henry Play for the Titans in...