The Cause of the Indonesian National Team Losing 0-4 to Thailand Shin Tae-yong’s version: Okezone Bola

SINGAPORE – The Indonesian National Team (Timnas) lost 0-4 to Thailand in the first leg of the 2020 AFF Cup final. The Indonesian coach, Shin Tae-yong, also revealed the reason why the Garuda Squad lost.

Playing at the National Stadium, Singapore, Wednesday (12/29/2021), night WIB, the Garuda Squad was under pressure from the War Elephant Team throughout the match. In fact, they had conceded when the game had only been running for two minutes through Chanatip Songkrasin’s hard kick.

In the second half, the Garuda Squad’s game did not improve. Nadeo Argawinata’s goal was broken three more times by the War Elephant Team.

Chanatip, who is the captain of Thailand, scored his second goal in the 52nd minute. Then, two other goals were scored by Supachok Sarachat (67′) and Bordin Phala (83′) which completed the victory for Alexandre Polking’s team.

Humiliated by four goals without reply, Shin Tae-yong reasoned that many of his players were inexperienced in the final. In addition, the goal in the early minutes of the match also made it difficult for Evan Dimas and colleagues to get up.

“Until the final the players prepared themselves by working hard. But many players who had only played in the final and conceded a quick goal made things difficult,” said Shin Tae-yong in a virtual post-match press conference, Wednesday (12/29/2021) .

In the 2020 AFF Cup, the South Korean coach did bring a lot of young, inexperienced players to play in the final. Because, Shin Tae-yong did have a long-term target when he decided to train Indonesia.

Although small, the hope of the Garuda Squad to win the 2020 AFF Cup title is still there. The reason is, there is still a second leg match that will be held at the National Stadium, Saturday (1/1/2022) at 19.30 WIB. 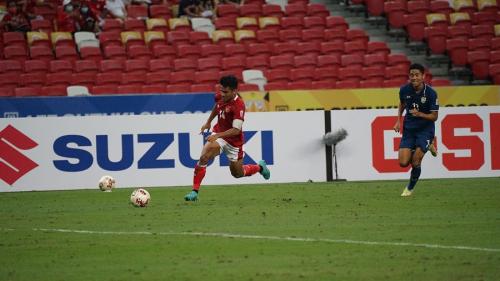 With the results of the first leg, Indonesia must at least lead by a difference of five goals in the second leg to win the match. If it fails, Indonesia will be runner-up in the AFF Cup for the sixth time.

a monumental puzzle looms for Xavi

the National Technical Committee (CNT) of the Italian Baseball Softball Federation organizes the assignment of the “Coach of the Year 2021” award for Baseball and Softball.

“The Foreign Legion and the XV of France...

Archived the ‘Benaiges case’ for prescription of sexual...

Latvian biathletes do not qualify for the European...

KHL will not play matches during the Beijing...