2021 represented a real restart for the NBA, a championship that stopped in March 2020 due to the explosion of the pandemic, but which was nevertheless completed in the Orlando bubble, not without much criticism.

The expectations for this year have been amply rewarded and now let’s go through the 5 events that characterized this 2021 together.

1- The first title of Giannis Antetokounmpo

On July 20, 2021, Giannis Antetokounmpo gives the city of Milwuakee the second NBA title, 50 years after the one won by Oscar Robertson and Kareem Abdul Jabbar. It does so with a performance from Instant Classic: 50 points (career maximum in the Playoffs), 14 rebounds, 5 blocks, 16-25 from the field and 17-19 on free throws.
From the poor streets of Athens, to the conquest of the world, the story of Giannis is a source of inspiration for all young people who dream of touching the world of the NBA. And to quote Kevin Garnett: “Anything is possibile!”. 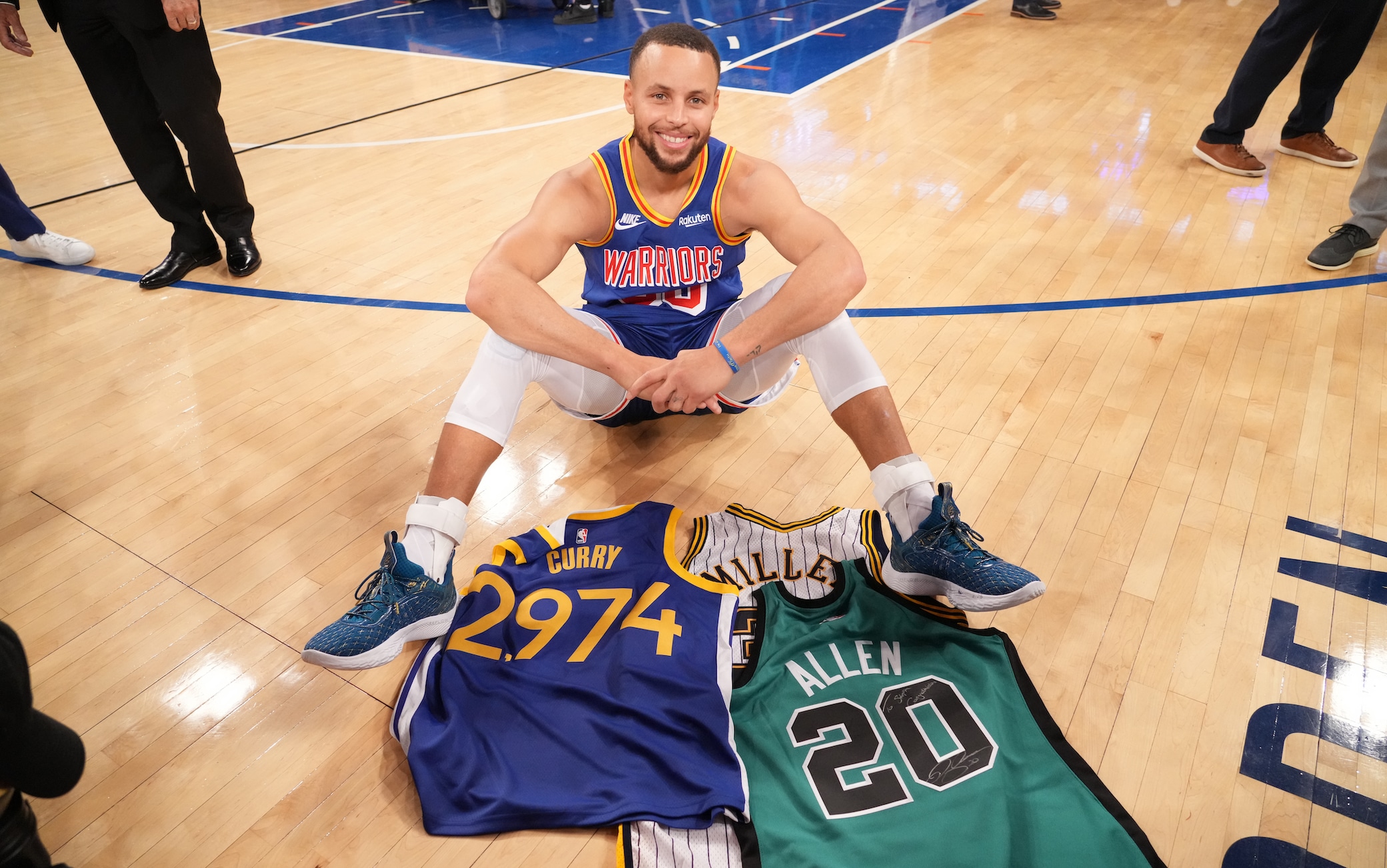 Mentioning Curry just for smashing Ray Allen’s career triples record, with almost half fewer games played, would be ungenerous towards him. The two-time MVP played arguably the best basketball of his life this calendar year, topped off by his career high (62 points against Utah on January 3), becoming the best scorer in Warriors history (making 53 against Denver on April 12). ) and collecting several other scorer records for which you have to bother His Majesty Michael Jordan to find something similar.

3- Kevin Durant one centimeter from the story

Another 2021 to be framed is that of Kevin Durant. After the Achilles tendon ruptured during the 2019 Finals, many wondered if he would be able to return to the same player. Doubts swept away by the former Thunder player who has loaded his Brooklyn Nets on his shoulders during the last playoffs, coming within an inch, literally an inch, from winning game 7 of the Eastern Conference semifinals against the future Bucks champions. A sensational match of 48 points, 9 rebounds and 6 assists which, however, does not fully testify the domination of # 7, on the pitch for all 53 minutes played.

4- Anthony Edwards and the best invalidated poster ever

On November 25, 2021, Minnesota T’Wolves host the Miami Heat. The hosts lead by 6 lengths at the start of the last quarter, when Anthony Edwards leaves Duncan Robinson in place, receives the ball from D’Angelo Russell, and takes flight for a devastating dunk against Gabe Vincent who positions himself late to take a breakthrough, but incredibly the referees agree to play in the Heat. A wrong whistle that deprives us of the possibility of being able to “officially” record Edwards’ crazy athletic gesture among the best dunks ever.

On the occasion of the 75th anniversary of the birth of the NBA, the list of the 75 (actually 76) best players to ever play in the league was drawn up. The list is a carbon copy of the top 50, chosen in 1996 at the ceremony held in Cleveland, to which 25 other players were added, who subsequently became 26 following a tie in the votes. As often happens in these situations, there was no lack of controversy over the absence of some superstars at the expense of other questionable choices: for example, we refer to the presence in the list of players such as Carmelo Anthony and Damian Lillard at the expense of Pau Gasol and Tony Parker. , just to name a couple.

Achieved Master’s Degree in Statistics at the “La Sapienza” University of Rome.
Fan of the Los Angeles Lakers and Virtus Roma.

404 The page cannot be found

Vaulet won the duel against Brussino in Spanish...