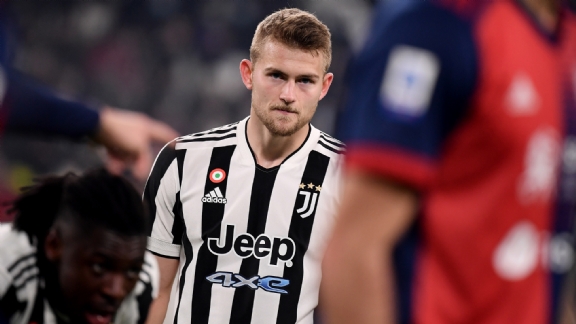 Matthijs de Ligt has a clause in his contract especially for a transfer to Barcelona, ​​he knows Sport. When the 22-year-old defender was transferred to Juventus, agent Mino Raiola included the option to leave for Catalonia for only 75 million euros. Raiola reportedly informed Barcelona of the clause in 2020, but the club decided to focus on another player at the time.

De Ligt came over from Ajax in July 2019 for an amount of 75 million euros, excluding 10.5 million in variables. Raiola and Juventus agreed a ‘normal’ transfer clause of 120 million euros in the contract of the stopper, the sports newspaper says. That amount will be increased by 20 million euros from 1 July 2022: from that moment De Ligt can be collected for 140 million euros.

There is one exception to this: Raiola managed to reduce the amount to a sum comparable to what his client came to Italy for, especially for a possible future transfer to Barcelona. Before his arrival to Turin, it seemed for a long time that De Ligt would move to Catalonia; such a clause would make it easier to rectify a wrong decision.

Raiola already informed Barcelona after one season with Juventus about the clause of De Ligt. At the time, however, the Catalans were busy with the arrival of Eric García, who finally came over from Manchester City on a free transfer last summer. A year later, the Catalans still have doubts about De Ligt, according to Sport. Barcelona are reportedly in doubt between the Dutchman and Andreas Christensen, who will run out of his contract with Chelsea on July 1. De Ligt must cost more, but is more highly regarded in Catalonia. Barcelona does, however, negotiate with the defender’s salary, which, excluding variables, already amounts to eight million euros.

Raiola recently said at Studio Football that De Ligt is ‘ready to take a step next summer’. “And he thinks so too,” the agent added. Maurizio Arrivabene, the director of Juventus, indirectly sneered at De Ligt, announcing ‘that players have to do their job’. The old lady However, due to the club’s financial problems, he seems to be open to a departure of the center defender. De Ligt still has a contract until mid-2024 in Turin.

Follow the ordeal of Thiem, who will not play in Australia

Pablo Sabbag leaves Argentine soccer and returns to the FPC

Dembélé warns Barça that he does not admit...

Dembélé explodes in an official statement: “As of...

Indra Sjafri Sends Fresh Wind Ahead of the...

PSG: Neymar explains the title of his documentary,...