Nadeo Argawinata Once Angry in the Indonesia vs Thailand National Team Match, but the Funny thing is Direct Istigfar: Bola Okezone

BEFORE In the 2020 AFF Cup final, Indonesian football fans reminisced about the meeting between the Indonesian National Team (Timnas) against Thailand in the 2022 World Cup Qualification for the Asian Zone which took place in June 2021 ago. This is inseparable from the many video footage showing the match which ended as strong as 2-2.

Even Nadeo issued harsh words to his partner, Rizky Ridho, who failed to cover the defense line properly. The funny thing is, after saying those harsh words, Nadeo immediately apologized because of his anger with Rizky Ridho.

Also Read: Egy Maulana Vikri Starter, the Indonesian National Team Has the Potential to Lose 2 Players Against Thailand in the First Leg of the 2020 AFF Cup Final

The funny moment occurred when the Indonesia vs Thailand national team match entered a period of injury time. At that time, Nadeo, who is often said to have a face like the Chelsea goalkeeper, namely Kepa Arrizabalaga was annoyed with Rizky Ridho.

At that time the Garuda squad’s defense was being attacked by Thai players. Fortunately, the team nicknamed The War Elephant failed to enter the ball.

However, as soon as the ball left the field, Nadeo immediately headed towards Rizky and shouted while uttering harsh words typical of East Java. Rizky, who is from Surabaya, certainly knows what Nadeo, who was born in Kediri, said.

When emotions are overflowing, Nadeo then says astagfirullah. That’s what made the Kepa twin goalkeeper into the spotlight after the video footage of the Indonesia vs Thailand national team.

Despite all that, Nadeo performed quite well against Thailand. Despite conceding two goals, Nadeo managed to make several important saves.

Two goals for the Indonesian national team also came from the actions of I Kadek Agung Widnyana and Evan Dimas. While Thailand’s goals were created by Narubadin Weerawatnodom and Adisak Kraison. 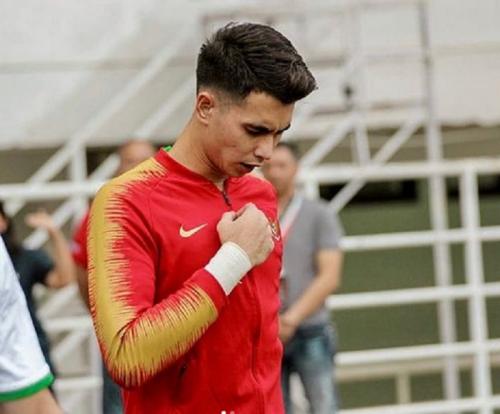 Of course, in the 2020 AFF Cup final, it is hoped that the Indonesian national team can overcome Thailand. The final was confirmed to take place over two legs.

One gold, two silver and two bronzes for the Leonese judocas in the alevín

Zlatan Ibrahimovic on Kylian Mbappe: ‘I would go...

Charleroi and KAA Gent do not score in...

The Costa Brava does not pass the tie...