Accused of domestic violence, Alain Schmitt delivers his version of the facts

Accused of domestic violence by his partner, Olympic judo champion Margaux Pinot, coach Alain Schmitt delivered his version of the facts at a press conference this Thursday, December 2.

The ex-judoka who was due to leave for Israel to take the reins of the women’s judo team was released on Wednesday 1is December of the acts of domestic violence for which she was accused by Margaux Pinot. The coach refutes the accusations of domestic violence evoking an argument that has degenerated.

After a drink organized in honor of his departure, Alain Schmitt explains that he went to Margaux Pinot to spend the night there. After a tense discussion around printing documents necessary for the coach’s trip, the judokate returning from dinner reportedly went to bed. Alain Schmitt then explains that he joined him later, when he was in bed, “I heard him sigh and mumble a lot of things. I said to myself right away, this is the beginnings of a storm.»

The former judoka would then have stood up with the intention of leaving the home of the young woman. “I went out into the hallway, I started to get dressed, I had closed the door and there I heard someone running into the room. (…) Who opens the door in fury and opening the door she says to me ‘what are you doing?’ “. Alain Schmitt would then have explained to him that he intended to return home.

Continuing to explain his version of the facts, Alain Schmitt confides that Margaux Pinot would have started to insult him: “She said to me ‘you’re really a poor coward, you abandon me, you’re a shit’ stuff like that.” The former judoka then confesses to having responded to the insults, he would then have said to him “know that I consider that you are a self-destructive person for yourself and destructive for the others.”

After another tense exchange, Alain Schmitt confesses “to have felt bad, to have felt a little humiliated, because these are harsh words.” In response, Alain Schmitt would have decided to prick the ego of the Olympic champion, assuring him: “You know, I’m going to Israel and what I want is to find a less than 70kg there and I hope that” she will be strong because I will make it a point of honor for her to beat you. ”

Things would then have degenerated: “There she started to cry, she threw down her sheets, she threw herself on me and she grabbed me by the collar. I backed up, backed up and she threw me in the door and hit my head. I was a little stunned. I get up and here it is all over the place. “

An argument that goes in “all directions”

Alain Schmitt then begins to detail his version of the physical altercation that opposed the two athletes: “We knocked on the walls, on a radiator, then we knocked on a door, it made me fall on top of it. Then we got up, we hit another wall again and then in the hallway we fell to the ground, we were on our knees. “

The coach then continues the story explaining that Margaux Pinot would have strangled him by telling him: “Alain, Alain, wait, I’m doing all this because I love you too much.” Alain Schmitt would then have hit a radiator while freeing himself. He would then get up to leave, “She jumps in front of me, the door opens and she slides with her feet on the floor, and her head is in the door.” (…) She goes outside and she starts screaming ‘help, help’, it was a little terrifying, I didn’t know what to do. “ 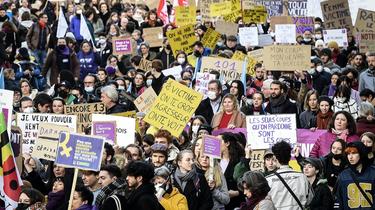 Alain Schmitt would have remained alone for a while before deciding to leave the building “I didn’t know what to do. I went down to take my VTC and at the same time the police arrived. ”

Judokate Margaux Pinot will also deliver her version of the facts this Thursday evening at 6 p.m. Although he was released for lack of sufficient evidence, the Israeli Judo Federation announced “to have suspended all contact” with Alain Schmitt.

Who are the LAST eliminated from Exatlón México...

At Judo Bu-Sen Luino a special lesson with...

Crisis at Fécoju-Da: the IFJ looks to the...

Volleyball: stop at the championships – Alessandria24.com

Noëla harassed: why her college has been in...

See the market price and price of Yahoo!...