Boca Pass Market today, Wednesday, December 29. The end of the year is approaching and Sebastián Battaglia begins to map out his ideal team for the next season.

Get to know the latest news from Boca and all the news for today, Wednesday December 29th. The end of the year is approaching and the transfer market takes more and more temperature at Xeneize, which has already launched an offer to go for the first reinforcement: Facundo Farías, the young jewel of Colón de Santa Fe. Learn about Darío Benedetto’s situation , the possible departure of Sebastián Villa and more.

The 19-year-old spoke exclusively to TyCSports.com about the interest of the two most important teams in the country. “It surprises me, but I take it calmly,” he said. In addition, he referred to his future if he has to stay in Colón and was excited about reaching the Argentine National Team. 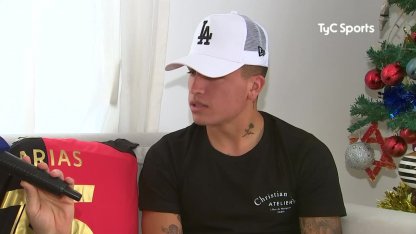 Boca must improve the offer to Colón for Facundo Farías

The first offer that Xeneize made to take the Sabalero jewel will not have a satisfactory answer: Ameal, Riquelme and company will have to raise the amount.

Macri got back into Boca politics: he criticized Riquelme and said he sees Tevez as a leader

The former President of the Nation referred to the institutional present of Xeneize and launched: “I don’t like it when everything revolves around one person,” by Roman.

Unlike the sticks to the vice, Macri came out with praise for Tevez, of strong friendship with Daniel Angelici. “I imagine him participating in the immediate future of Boca’s politics, without a doubt, I see him compromised,” he said. Although he cautioned that he first imagines it in a learning stage, “joining a group.”

The footballers emerged in Boca who played in River

With the possibility that Tomás Pochettino joined the list shortly, repass those players who were trained – or ended up doing it – at the Xeneize and then went on to the Millionaire.

Mauro responded to a story published by Wanchope with him and Cardona with a message that provoked comments from fans on the networks. Find out what it was about here.

A Superclassic for the history between Boca and River: record win about to end the year

On December 29, but in 1955, Xeneize crushed Millonario 5-2 in Montevideo. It is the latest Superclassic in history.

Xeneize actively talks with the Ukrainian club, which would be willing to pay a significant amount to keep the Colombian’s services. Here, All the details.

Boca made an offer for Facundo Farías

A few days ago, Xeneize extended a proposal (the number did not transcend) to Colón for 50% of the 19-year-old player’s pass.

The talks between Boca and Benedetto: what is missing for the Pipa return

Both parties intend to reach an agreement, but will have to negotiate with Elche and Olympique de Marseille. The French are the owners of the pass, while the Spanish team has it on loan until June.

The most sporty holidays with the ‘Mini Héroes’ campus

“I have done the impossible for the Andrade...