Manchester City have secured a group win with a deserved victory in the squatter against PSG and therefore a place in the 1/8th finals. A weak PSG took the lead shortly after the break thanks to Mbappé, but Sterling and Jesus put things in order. Despite the defeat (and thanks to the loss of Club), the Paris star ensemble as 2nd in Group A is also sure of a ticket to the knockout stage of the Champions League.

Kimpembe, Hakimi, Navas and the post keep City ahead

Manchester City still had a bone to pick with PSG after the 2-0 defeat in Paris at the end of September. That had to happen without Kevin De Bruyne, the Red Devil is still in isolation after his positive corona test.

That turned out not to be a loss, because City immediately took command against the stars from Paris. After barely 5 minutes it was almost hit on a free kick from
Mahrez. Navas had been beaten on Rodri’s header, but Kimpembe managed to get the ball off the line.

Fifteen minutes later, Hakimi was the lifesaver for PSG. After a wonderful attack by City, including a heel from Gündogan, he was able to head away a wonderful shot from Mahrez. On the half hour it was up to Marquinhos to block a shot from Zinchenko.

City pressure continued. Mendes unfortunately worked a cross from Cancelo into Gundogan’s feet. He had time and space to take it out, but aimed the ball against the post. Mahrez also took his chance with a handsome place ball, now lay Navas in the way.

A weak PSG could only counter that with a weak shot from Mendes. It was only with the peace in sight that Mbappé was able to dissolve his devils for the first time. After Stones lost the ball, the way to goal was open, but the French star made a rare miss.

One Brazilian is not the other

Due to Club’s painful defeat against Leipzig, both City and PSG were almost certain of a place in the 1/8th finals at the start of the second half. Still at stake: the battle for group victory.

PSG seemed on their way there when they took the lead against the flow of play shortly after the break. MNM finally showed itself in its full glory and a deviated cross from Messi became the perfect assist for Mbappé. He aimed the ball through Ederson’s legs at the second post: 0-1.

A very cold shower for City after the chances from the first half, but the home team did not give up. Navas was able to keep Mahrez from the equalizer around the hour, but moments later it was still hit. Jesus didn’t hit the ball well on a Walker cross, Sterling did and suddenly the signs were level again.

Fifteen minutes before the end, an individual flash from Neymar City seemed to kill the Brazilian, but the Brazilian forgot to finish his dribble. His compatriot Jesus did a lot better immediately afterwards. On a fine finish from Bernardo Silva, he aimed the 2-1 past Navas in one time.

PSG no longer had an answer, Ciy simply finished the match and is thus certain of a group win with 1 match day to go. PSG also push through as 2nd in Group A, although it will have to be a lot better in the knockout phase with the stars from Paris. 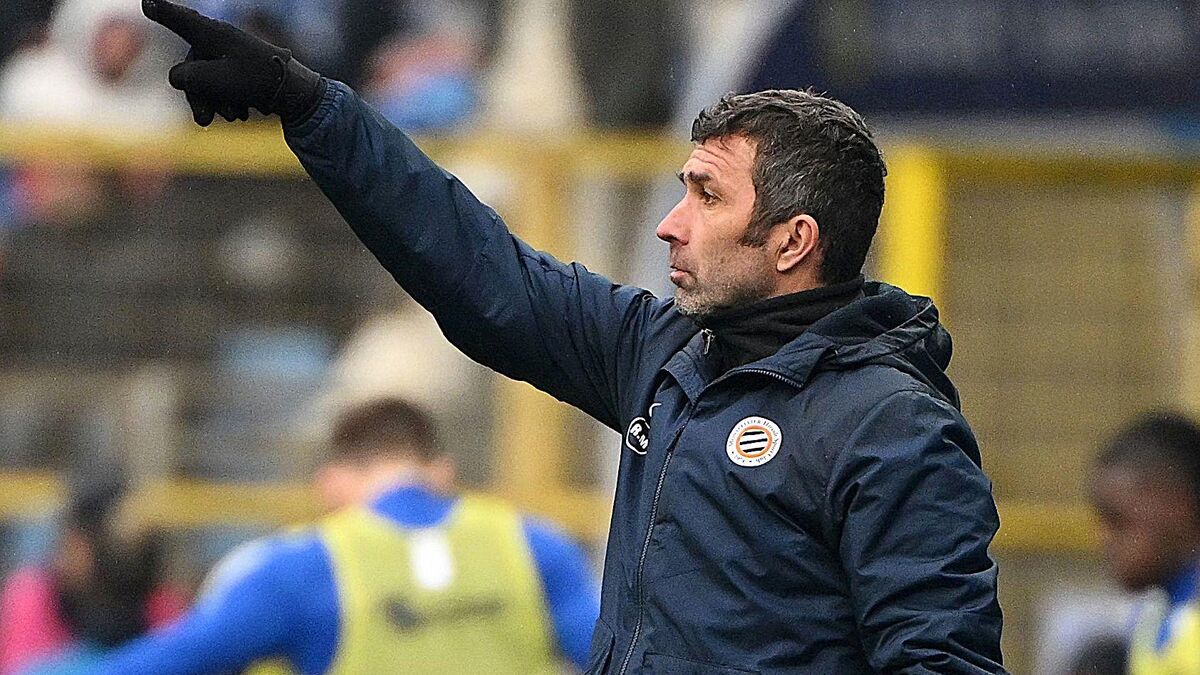 Ligue 1: Romain Pitau is no longer the coach of Montpellier