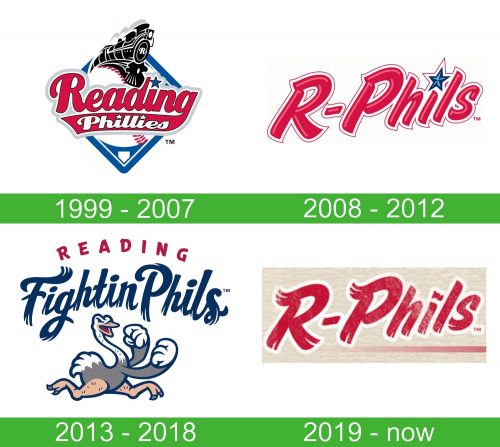 The club was founded in Reading, Pennsylvania under the name of Reading Phillies. They played their first official match against York White Roses in 1967. 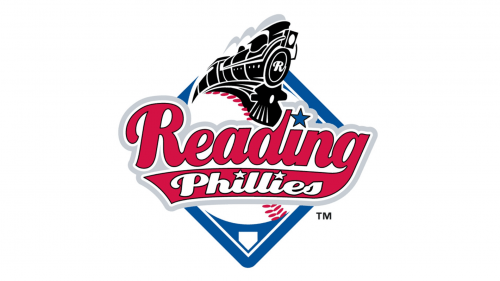 The 1999 logo features a train riding a baseball. The red seam here looks like a railroad track. The team name was written on the baseball. The design has been inserted inside a blue rhombus with rounded corners. 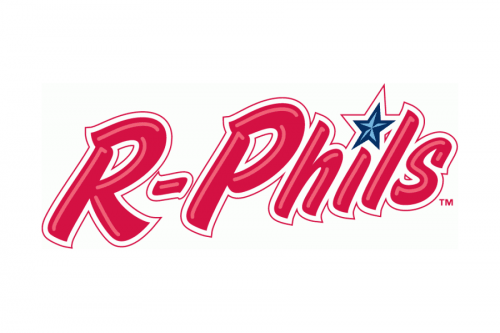 The logo, used by the baseball club from 2008 to 2012, was composed only of a stylized red “R-Phils” written on a white background. The branding was done with thick, smooth red lines and featured a double red and white outline. The dot above the letter “I” has been replaced by an elegant pointed five-pointed star in two shades of blue. It was also outlined in white and red. The logo was quite simple but bright and memorable. 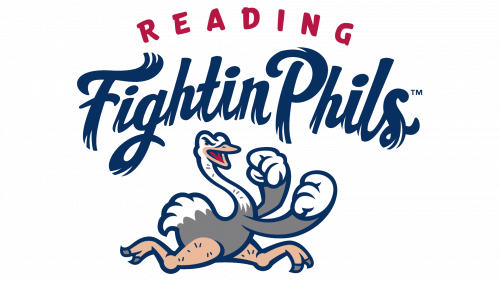 The Reading Fightin Phils logo shows a cartoon-like ostrich raising its fists in a fighting stance. The text “Fightin Phils” placed above fits perfectly with the bird theme due to the particular elements on the letters that resemble feathers. The word “Reading” in a more traditional font is positioned at the top.

The 2019 redesign introduced a new logo, which is completely based on the 2008 version. Red ‘R-Phils’ lettering in a white outline is placed on a light cream rectangle. The inscription is done in a custom handwritten font, with softened edges and a white border with thick edges. The right side of the lettering also has a slightly visible red underline, which becomes more intense towards the right edge of the badge.

While the official palette is made up of red, midnight blue, cream and white, the Reading Fightin Phils logo also incorporates gray (for the ostrich’s body).

GENSHIN IMPACT, all the details on Version 2.3 – part 1

Rangers would bet on Corey Seager

the attempted robbery in the pharmacy ends badly