Home basketball propose a recognition in the memory of Gilberto Cacho Mutti, one of the first national referees of Misiones Basketball
basketball

propose a recognition in the memory of Gilberto Cacho Mutti, one of the first national referees of Misiones Basketball

He died on November 24, 2002, of a fulminant cancer that took him in a few months, causing a commotion among his relatives, his students and in the field of sports.

Cacho Mutti He was Professor of Physical Education and managed to conquer a place in the history of missionary sports by being remembered as one of the first national basketball referees in the province, being a referee in the classic games of the Posadeña League and the Provincial Basketball League, where always characterized by applying justice.

He died at the age of 42 from Chronic Myeloid Leukemia in the city of Buenos Aires, at the Naval Hospital after fighting cancer, which at that time did not have much chance of a cure.

He was a dear neighbor, an exemplary father, an active athlete and a teacher. He was Professor of Physical Education and managed to conquer a place in the history of missionary sports by being remembered as one of the first national basketball referees in the province, being a referee in the classic games of the Posadeña League and the Provincial Basketball League, where always characterized by applying justice.

He was a traveling companion of Eugenio Miguel Seró -who died in the tragedy of Paraná-, with whom he participated in triathlon, marathon, cycling, swimming, his great passions, since his life was sports, in addition to his family, made up of his wife Rosa and their two daughters, Andrea and Cintia.

“Cacho” began his sports career when he was very young, first he practiced his profession in various schools in Posadas, such as EPET N ° 1, Escuela Superior Normal N ° 10 and at the Liceo Naval Storni.

His family members remember that the sport he “liked the most” since he was young was Basketball, which led him to professionalize until he became one of the first National Basketball Referees in the year 92, together with Horacio de Luca and Raúl Rockembach, among other colleagues who are still working in their profession, integrating the Argentine Basketball Confederation.

Cacho Mutti was born on June 13, 1960, his mother was Emilia Vera and his father Salustiano Mutti, both Paraguayan immigrants. He and his sister Norma Mutti were naturalized Argentines.

Got married with Rosa Beatriz Reuter, teacher, who is the mother of his two daughters: Andrea Mutti and Cintia Mutti. He was a very present father, he accompanied his daughters to all the performances and festivals: “He always supported us, he loved to see my sister and me dance, he encouraged us and trained us in everything we are today as people. Together with my mother, they made these two great and successful women that we are, with their support and guidance they have done a great job as parents: understanding teamwork, responsibility, character, not giving up, always going out forward despite adversity, fight to the end ”, expressed Andrea.

He recalled that his father “fought for his life until the last moment, and I have that teaching very much in mind, until the last time I saw him, with his black glasses because chemotherapy had left him blind. However, he always stayed positive, and taught us that nothing should stop us. The most present phrase I have is that you have to fight to the end ”.

This year 2021, her daughter Cintia became a professional Architect, graduated from the Faculty of the Catholic University of Santa Fe (UCSF).

“Cacho” Mutti, as he was known, achieved recognition at the time as one of the first National Basketball Referees that the province of Misiones had, a qualification granted by the Argentine Basketball Confederation, later he was followed by two of his great friends, Pedro Raúl Rockenbach and Horacio De Luca.

“Sport was everything in his life, he got up at 5 in the morning, made his mate, made breakfast for us, took Mom and us to school, and then started his training day,” Andrea recalls nostalgically.

Sometimes, their practices consisted of running “the 4 avenues” or had their Physical Education classes, returning to always have “food ready” for their daughters, resting for a while for a nap and then to continue training.

“He ran triathlon, did cycling, swimming, and he was also a lover of fishing. Together with Marcelo Yawny and Raúl Rockembach they traveled the Paraná river to Garete in their boat. Sports and sport fishing were his life ”, they say from the family.

In 2002 he already had a recognition of more than 20 years of experience in basketball. Thus, his career in missionary sport deserves public recognition in his memory.

“Months before he got sick, he continued running and cycling, but a sudden cancer took him in just 6 months, since he was diagnosed with the disease,” recalls Andrea.

He was a very beloved person, so much so that at that time – in 2002 – the IPS social work did not authorize him to be referred to Buenos Aires for treatment, and the school community of these three schools came together to hold sit-ins and mobilizations. in that year for his referral to be approved, which was achieved in October 2002 but he finally died on November 24: “he was late for more complex care,” says his daughter.

In any case, despite the sad outcome, his family maintains its gratitude for the entire community that was mobilized for Cacho’s treatment. “This was the main learning, always remembering that unity is strength. 19 years ago, two schools came together to ask for his transfer to Buenos Aires, they fought together so that my old man can have better treatment and hope for his illness, and they succeeded. It does not matter that it may have been late because of the health system we have, which always comes when there is nothing to do, but they succeeded and that is what counts. My old man was always a very hard-working person, he instilled in us the culture of effort and work. At present, when hopes and values ​​seem so lost, I would like the community to remember what our parents taught us, to take back these values ​​in our children, such as respect, humility, solidarity, teamwork and , above all, to never lower your arms ”, were Andrea’s reflections.

Today, 19 years after his departure, he is especially remembered, but day by day he is present in every corner of the places that were part of his life. In 2019, the first marathon tribute to “Cacho” Mutti was held, an event that declared of Provincial Interest by the House of Representatives and also Municipal interest by the Deliberative Council of Posadas.

It began with a healthy 3-kilometer walk, the second proposal was the cadet, youth and senior category, which was a 3-kilometer jog; and finally the free category which was 5 kilometers for people who already have experience in marathons. The event closed with the delivery of mentions Specials for outstanding participants and winners of the cadet and free category were awarded. 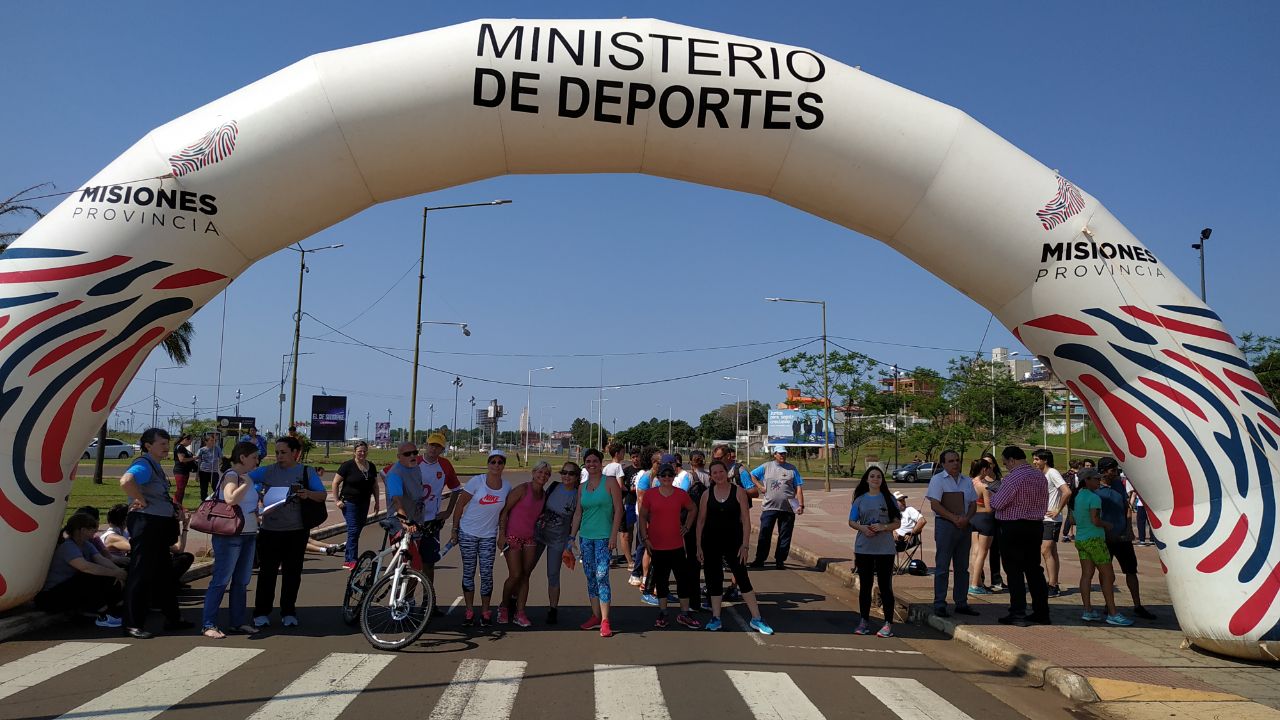 In 2020, due to the pandemic that hit us all, we were unable to finalize the second edition, which is why we commemorate its anniversary honoring one of his passions, “Running”. His students got together to take a jogging tour through the 4 avenues. This year 2021, even the protocols made it difficult to carry out the marathon, that is why the group of former students began the procedures to be able to designate one of the squares of our city with their name. After several comings and goings, through the management of Councilor Meza, the project has been carried out and will be presented to the Deliberative Council in the next sessions.

NBA: Anthony Davis and Russell Westbrook save the...

James is in solitary confinement

BG Göttingen is going to Bayreuth for the...