The CBA regular season of the 2021-22 season is now in full swing, but the two centers Zhou Qi and Liu Chuanxing are not visible. Soon after the opening of the new CBA season, the two successively boarded flights to Australia. In the new season, Zhou Qi and Liu Chuanxing will play for the New South Melbourne Phoenix and Brisbane Bullets in the NBL league respectively. Today, Zhou Qi is still under immigration isolation, and Liu Chuanxing has arrived in Brisbane to join his new teammates. Both Liu Chuanxing and Zhou Qi are looking forward to such a new journey. They also met to cheer together, and they lived up to the ardent expectations of the fans.

Today, Australia’s isolation policy is similar to that of China. After entering the country, they need to undergo a centralized quarantine for at least 14 days. Liu Chuanxing went one step ahead, and Zhou Qi followed closely and has now arrived.

To a certain extent, both Zhou Qi and Liu Chuanxing are no strangers to centralized isolation. This summer, the two of them played with the national team in the defeated Olympics, and they also carried out an indispensable isolation after returning to China. Therefore, both of them actually have relatively sufficient experience and mental preparation to travel to Australia this time.

“The epidemic prevention policy during the quarantine period is still relatively strict. It is not allowed to go out of the room or open the door. At present, you can do some simple exercises in the room. There must be some inconveniences during the quarantine period, but in fact, I think the living conditions are very Yes, the food, fruits, and milk provided by the hotel are all complete.” Zhou Qi said.

According to the arrangement, the new season of the NBL league will start in early December, so after the end of the isolation, the time left for Zhou Qi and Liu Chuanxing to adjust their personal status is not enough. Although professional basketball training cannot be carried out during the isolation period, the two will still use the existing space and conditions to carry out some personal strength training.

Liu Chuanxing said that after arriving in Australia, he actually had to adapt to the time difference here. At 6 o’clock in the morning, he was completely drowsy and started some simple strength training. Later, the team sent training equipment such as exercise bikes to enrich his training programs and achieve better results. “The team basically cares about my life every day, because I am afraid that I will be boring to isolate here. In short, I hope that I will come to the team as soon as possible.” Liu Chuanxing said.

In fact, Zhou Qi’s situation is similar. He brought some simple training equipment from the country, the purpose is to prevent himself from wasting time during the isolation period. It’s just that the local Australian diet seems to make the two insiders somewhat uncomfortable. Liu Chuanxing said: “During the quarantine period, I mainly focus on Western food, and I am still somewhat uncomfortable. However, this seems to allow me to control my diet and find a balance between strength training and weight control, so as to better welcome me. The challenge of the new season.”

Adapting to NBL is not just about basketball For Zhou Qi and Liu Chuanxing to leave the CBA to play for the NBL, it can actually be considered as jumping out of the comfort zone to face the challenges of the future. However, it is not an easy task to quickly integrate into the NBL league.

Especially for Liu Chuanxing, who played abroad for the first time, how to overcome the language difficulties is the first problem he needs to overcome. Before leaving for Australia, Liu Chuanxing made up his English for a while. As for the bullet team, they actually found a translator for Liu Chuanxing. When Liu appeared at Brisbane Airport, the team arranged a small press conference for him. With the help of an interpreter, Liu Chuanxing answered questions from local reporters.

The general manager of the Bullets said that although he cannot promise Liu Chuanxing’s playing time, he will certainly let Liu play a relatively important role in the team. For this young insider, playing for the Bullets is indeed an opportunity for him to break through, but it is also a challenge. At the language level and life level, he needs to adapt to time. The Australian basketball style is also completely different from CBA, and Liu Chuanxing also needs to gradually adapt.

“I originally had my shortcomings in physical confrontation, and then I went to basketball awareness and technology. It must be improved more or less, because everyone knows the level of the Australian league.” Da Liu said, “Australia is a stop for me. A good opportunity. I also want to improve through the league, I think there should be a lot of room for improvement. I will try my best to absorb useful things and transform them into my own things.” 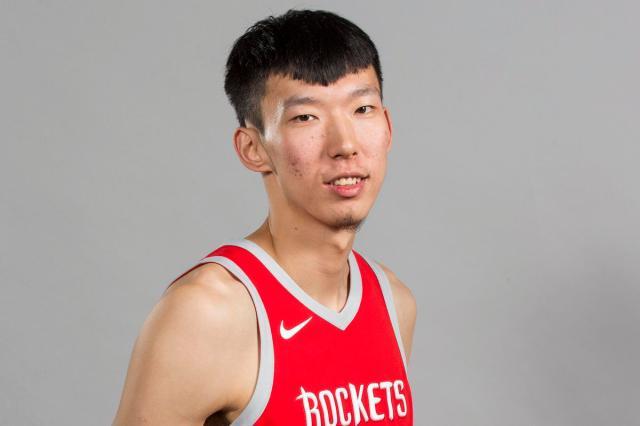 In comparison, Zhou Qi’s situation is much better than Liu Chuanxing’s. Melbourne is a bigger city, and there are more Chinese than Brisbane. Zhou Qi may be able to adapt to life here faster. More importantly, Zhou Qi once played in the NBA and played a more important role in domestic league teams than Liu Chuanxing. Therefore, Zhou Qi’s time to gain a foothold in NBL may be faster.

“The overall impression of Australian basketball is that the confrontation is very fierce, but from the current point of view, their style has also undergone certain changes, and now they will play faster. For me, it is to take advantage of my disadvantages. Minimize it as much as possible and enlarge the speed advantage as much as possible to adapt to the team’s system.” Zhou Qi said.

However, compared with the Bullets’ expectations of Liu Chuanxing, the Phoenix team’s expectations for Zhou Qi seem to be greater. From the contract they gave, we can see the sincerity of this new NBL army. On the other hand, after the Phoenix team signed the contract with Zhou Qi, all the details of the work actually made Zhou Qi feel warmer. Not long ago, NBL officially announced the schedule for the new season. Zhou Qi and NBL’s absolute star Cotton appeared on the introduction poster together. It can be seen that not only the Phoenix team, but even the NBL league, actually have high expectations for Zhou Qi. In an interview with domestic media, Zhou Qi said: “I will definitely present my best in the new season.”

It is worth mentioning that before the National Games U22 men’s basketball finals, Guangdong and Liaoning met on a narrow road. Zhou Qi and Liu Chuanxing had a matchup experience in that game. Although on the court, the two centers are fighting for their masters. But off the court, they agreed to cheer and improve together in Australia. “We take on our own tasks in our respective teams. Whether you say the duel or whatever, in the end, it’s up to each to be the owner. Everyone will fight for the victory of the game for their team.” Zhou Qi said, “Hope. It’s really a rare opportunity to have more Chinese players going abroad to experience a foreign league.”

The Phoenix Suns passed the Warriors and reached...

Iddaa top what does basketball mean

The Lakers do not raise their heads: LeBron,...

Youngsters of the BG Göttingen take the lead...

Despite losses, Brandon Ingram intends to progress with...