Survive Said The Prophet’s new song “Win / Lose” (reading: Win or Loose), which is used as the official theme song for the men’s professional basketball league “B.LEAGUE 2021-22 SEASON”, will be released on October 29th. It is decided! The artwork was also released at the same time.

Also, “Win / Lose” will be on air for the first time on the radio at J-WAVE (81.3FM) “SONAR MUSIC” broadcast on October 28th at 22:00! Special messages sent by members will also be aired!

This song, which has a pop and loud unique sound that can be said to be the true value of Sabapro, has a positive content with the theme of “the importance of various human dramas created in the process, not all the wins and losses”. Also pay attention to the artwork that expresses the emotions of life with pop illustrations. In addition, tickets for the “something BOLD tour”, which will be implemented in 6 cities nationwide with safety measures in line with the guidelines, are currently on sale. 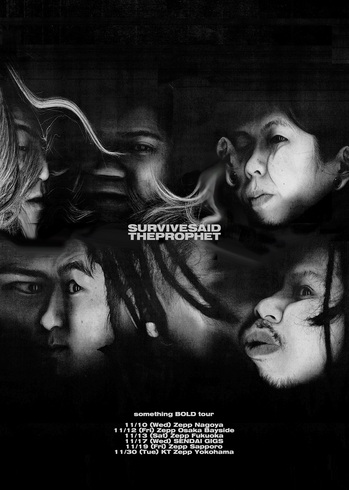 Luka Doncic (Dallas Mavericks): “We have to be...

Nico Basket, there is also Margherita Tintori in...

They sanctioned with 53 games and 54 thousand...