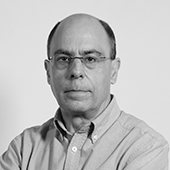 Quique Sánchez Flores was presented this Wednesday as Getafe’s new coach. The Madrid coach returns to the bench of the Azulón team almost seven years later to replace his friend Míchel, dismissed on Monday after Getafe achieved a single point out of 24 possible in the League. Quique Sánchez Flores begins his third stage at the club, which he managed in the team’s first season in Primera (2004-2005), and for only seven games in 2015, before submitting his resignation.

Getafe’s new coach had not trained for almost two years, since he was fired from English Watford on December 1, 2019. Champion of the Europa League and the European Super Cup with Atlético, Getafe president Ángel Torres has decided to turn to him again, this time to try to save the category from the ninth day of the competition. Quique will make his debut on the 16th at the Ciutat de València, in the match against Levante, precisely against another club that has recently fired its coach, Paco López.

“Every time I have passed through Getafe I have had the feeling that I was part of a family. The family is in trouble at the moment and I really want to train, with which the desire of one and the other coincide. We know how the club works and they know how we work. What we have to do is speak little and work a lot, “said Quique Flores on Wednesday. Míchel’s successor demanded “everyone’s help to get this done”, with Getafe at the bottom of the League and five points away from salvation. “All the games that remain are going to be final and in the finals you have to be in permanent attention and make few mistakes,” he acknowledged.

“We believe that at this time of poor results it is better to bring someone you know,” said the president of Getafe in reference to the 56-year-old coach, who returns to Spanish football and one of his most beloved clubs and wants to see his return to the Madrid team in such a delicate situation, “more than as a challenge, as one more step in the trajectory.” «This is a club that is organized and worked and this becomes a lot of demand, work, dedication, passion and ambition for everything we have to do. There is time, “recalled Quique Flores.

The new Getafe coach praised Ángel Torres, “one of the few presidents who respect the coach’s work very deeply.” “He has taken his time respecting the coach (Míchel) and I return to a family where they respect me, in a recognizable club, and I am lucky to be close to my family and my children. Today that gives me a lot, “replied Quique when asked if he had any doubts about the call from the top leader of Getafe.

«I was not looking for a radical change, but one that would be noticed as little as possible, that would know the house. I am not easy on a day-to-day basis and although Quique got angry the second time and ran away, it passed after ten minutes and I have had contact with him because he has had the children here in the quarry. There are people like him, like Schuster or Laudrup, who have been in the house, I am grateful to them and I don’t mind calling them when I need them. The change of Míchel has cost me a lot, but I thought that Quique could be the ideal man, especially knowing the squad we have. I hope that I am not wrong again, “wished Ángel Torres.