On Friday, Jannik Sinner celebrated a memorable victory against Casper Ruud, which not only promoted him to the semifinals of the ATP 500 tournament in Vienna, but also to the top 10 for the first time. Only a few hours later, however, he suffered one of the bitterest defeats of his youngsters Career.

Tennis can be fascinating and brutal at the same time. Jannik Sinner was shown this once again on Saturday afternoon in Vienna. In the semi-final duel against the American Frances Tiafoe (ATP 49), the Sesto looked like the sure winner after a little more than an hour of play, led 6: 3, 5: 3 and was able to serve to win the match. But then the inexplicable happened.

Suddenly Sinner, who had been playing as strong as a bear, completely lost the thread, got nervous, made mistakes, rebuilt his already lying opponent and lost a match that he had actually already decided for himself. In the end, crowd favorite Tiafoe won 3: 6, 7: 5, 6: 2 and made it to the final, where he met Alexander Zverev on Sunday at 2 p.m.

For Sinner, however, it is one of the bitterest defeats he has suffered in his career. But it shows: Even people from Pusteria are only human, and at 20 years of age, an extremely young one at that. With a look at the world rankings, the Sesto can comfort himself in any case: From Monday he will appear in position 9 and thus be in the top 10 for the first time.

Sinner is strong as a bear, but then …

Nonetheless, Sinner will still have to nibble at this defeat – and ask the question: How did it come about? Against Tiafoe, who had to go through the qualifying in Vienna and was surprisingly in the semi-finals, the youngster continued for an hour where he left off against Casper Ruud on Friday. He needed a few points to get the engine up to operating temperature, but then he played his opponent with the outstanding forehand and the dreaded baseline hits against the wall. The result: In the fifth game, the 20-year-old got the break, moved away to 4: 2 and closed the set to 6: 3 with another break. 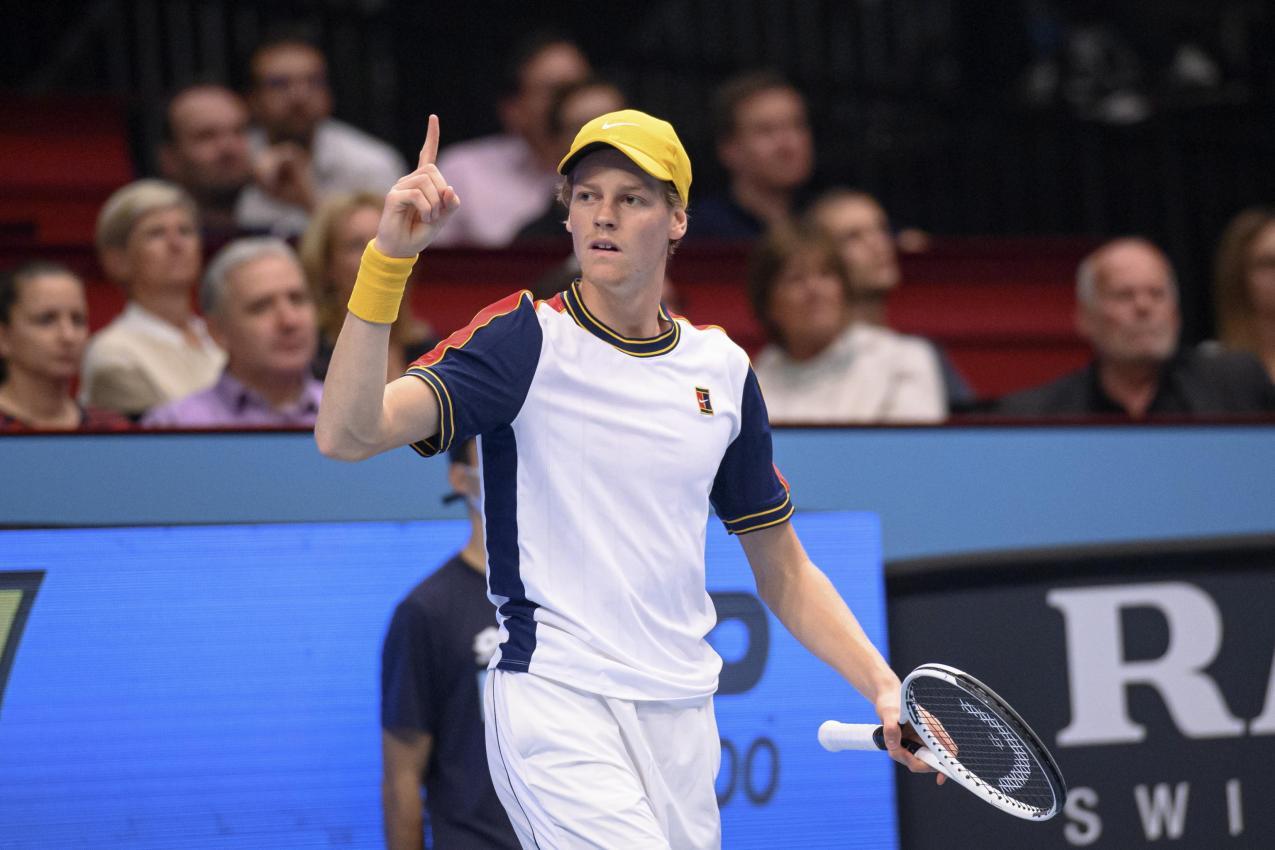 The world was still in order for Sinner here. © ANSA / CHRISTIAN BRUNA

However, he had his best phase at the beginning of the second movement, in which he returned excellent and “Big Foe” took the air to breathe when he served. Because their own service also came from a single source, Sinner moved away to 5: 2 and finally won the match when the score was 5: 3. At that point in time, nobody in the Wiener Stadthalle thought that the South Tyrolean would give up this thing. Tiafoe also seemed at a loss: After a towering point from Sinner, he ran to a fan and leaned his head on his shoulder in disbelief.

An impressive series is coming to an end

Exactly such actions made the US boy popular with the audience. And so he was whipped forward by the fans when he took the serve from Sinner and equalized from 3: 5 to 5: 5. Then the now visibly nervous Sinner gave up the service again and suddenly Tiafoe was back in the game with the set win to 7: 5.

This also became clear in the third sentence: While the Pusterer has now completely lost the thread and scattered numerous mistakes, his counterpart became stronger with every point. Thanks to a break, Tiafoe pulled away to 3: 1 and subsequently did not allow the young star to approach. After 2.18 hours the sensation was perfect – and Sinner’s impressive series ended: Most recently, he won 11 games (and two tournaments) in a row at indoor tournaments. The 12th would have been within one’s grasp.

Lewandowski with a record goal: FC Bayern is back with a peat festival

All ready for the passes to the Finals...

Schedule and where to watch Spain on TV

Despite a double defeat: Sinner in the quarter-finals...