Germany – Romania: The most amazing thing happened in the stands

The most amazing thing happened in the stands

The German national team has a hard time against Romania in Hamburg, but in the end celebrates a well-deserved victory. After the final whistle, the players highlight one thing above all: the now unfamiliar atmosphere in the stadium.

NAfter his fourth win in the fourth game as national coach, Hans-Dieter Flick was hoarse. Most of the spectators had already left the Hamburg Volksparkstadion on Friday evening after the 2-1 (0-1) against Romania when Flick gesticulated with his friend and RTL expert Lothar Matthäus on the edge of the field and repeatedly pointed to the lawn.

During the game he was very active on the sidelines, and not everything was going well in the German game. “I think it was a deserved win, even if it was a bit more difficult,” said Flick nonetheless and paid his team a big compliment. “She kept the pace very fast for over 90 minutes. She was very eager to win this game. With a great mentality, she also took the audience with her. “

The 25,000 fans celebrated the winners. The stadium was sold out, more were not allowed due to the pandemic. Choreography, chants, lots of applause – the audience was a success factor.

Joshua Kimmich was also enthusiastic about the atmosphere. The midfielder from FC Bayern took in the injured goalkeeper Manuel Neuer as captain and said: “That felt really great. Even if it wasn’t 6-0 – but this passion and this atmosphere in the stadium. “ 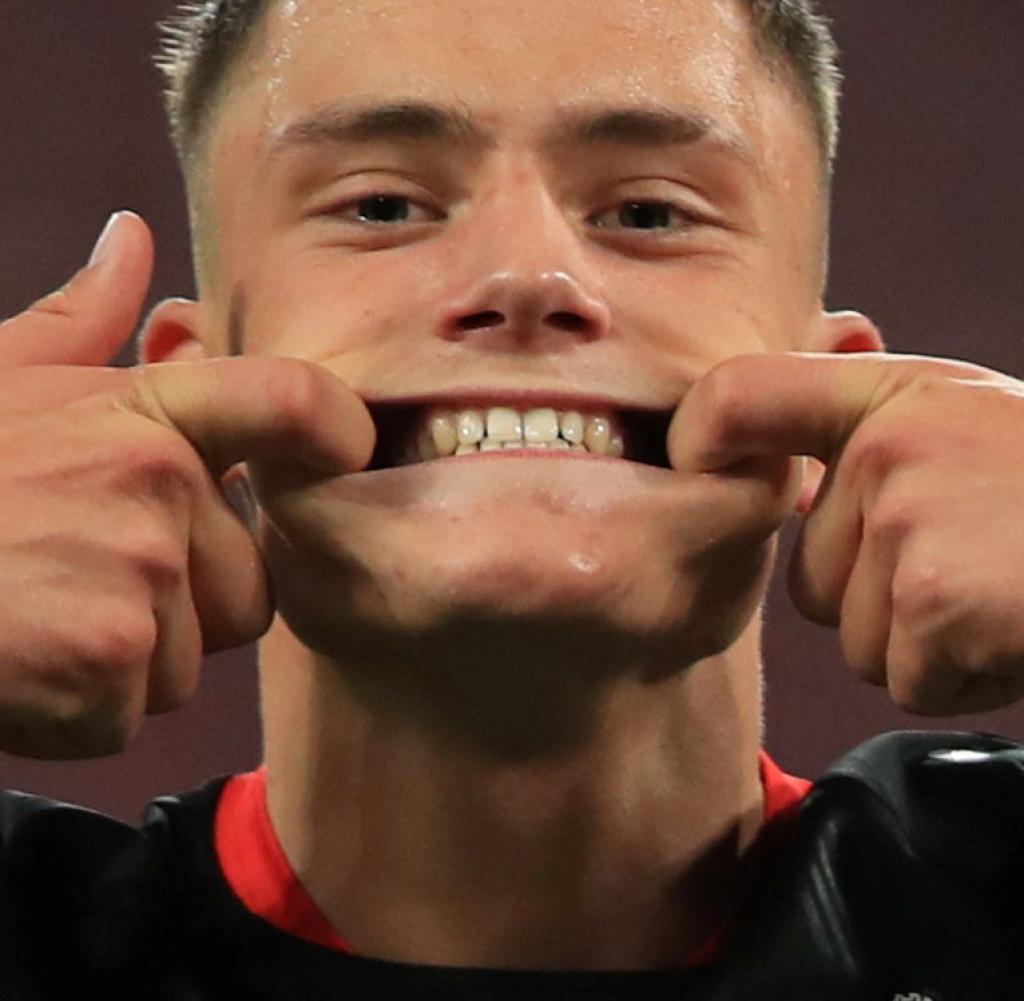 Ianis Hagi (9th) brought Romania into the lead, Serge Gnabry (52nd) and substitute Thomas Müller (81st) turned the game around. “I think everyone noticed how much we wanted to win,” said Kimmich.

The Hamburg audience and the national team – that wasn’t always love. After a 1-1 draw against Finland in 2009, the fans whistled, captain Michael Ballack said at the time: “I don’t understand the whistles. I would have expected more instinct. ”After that, no more international matches were awarded to the Hanseatic city.

This Friday evening is also remarkable when it comes to fans: In recent years, outside of tournaments, there has rarely been a really good atmosphere at home internationals. The 90 minutes in the Volkspark seemed like a reconciliation between the fans and the team, after the game the team did a lap of honor, spectators and players applauded each other. There was more closeness again.

“You also have to compliment the fans here,” said Müller. “Although we were 1-0 down at halftime, the performance was rewarded. When the 2: 1 fell, it was a bit of an explosion. You could feel the connection. We really enjoyed that on the field. “

Bayern’s 32-year-old fan favorite is indispensable for this team, as was shown again against Romania. After the final whistle, numerous fans wanted his shirt. Realization for Flick: The national team is currently not efficient enough without Müller in the starting line-up.

Now it’s off to Skopje

“We can continue to trust each other that we will continue to do the things we set out to do,” emphasized the world champion. “In the end, it’s nice that the result also works out. It was a nice evening for everyone involved. “

Several stars compete for the “ten”. Against Romania, Flick had Marco Reus from Borussia Dortmund start there, and in addition to Müller, he also changed Kai Havertz from FC Chelsea. “We have filled many positions well and can improve. The quality in the team is very high, ”said Flick.

On Saturday, regeneration exercises are on the program, on Sunday the national team will fly to Skopje, where they will face North Macedonia in the next World Cup qualifying game on Monday evening (8.45 p.m., RTL). With a win, Flick’s team could already be qualified for the winter tournament in the desert state next year.

Belgium pursues the consolation of a decaffeinated revenge

Juventus and Milan cut out

Rafa Mir certifies the victory of Sevilla in...

NBA: who is Kyrie Irving, the star of...

Super Amara Bera Bera: These girls are made...

Bayer Leverkusen makes accusations after the 1: 5...