Atlético Nacional, Deportivo Pereira and the first confirmation of the 2021 BetPlay Cup final

Dimayor The first thing that was defined regarding the duel between National Athletic and Deportivo Pereira. The key from which the champion of the BetPlay Cup already has a confirmed schedule.

The date was set. The match will take place on Wednesday, November 10 at the stadium Atanasio Girardot. Now the time has been set. It will be that day starting at 8:00 pm and with transmission through Win Sports +.

▶: Dorlan Pabón and the “little slump” he has had with Atlético Nacional

▶: Dorlan Pabón referred to Alejandro Restrepo as DT and his youth

▶: Will Atlético Nacional continue long in victories? Wait for Jaguares

National Athletic He will play the key in search of his fifth title in the history of the Cup. For now he has the record with 4 coronations (2012, 2013, 2016 and 2018). That last one, in addition, is also his most recent coronation. He has not won titles again since he won such a contest 3 years ago. You are looking to cut the drought.

AND Deportivo Pereira, for its part, it is preparing what will be the first final in its history in a different contest than the Second Division. It is a squad that has not been champion in the First Division and that now with Alexis Marquez in command he seeks his first title.

⚽️Know the schedule for the Final Ida in the #CopaBetPlayDIMAYOR 2021.⚽️

Renewal for Jarlan and Baldomero at Atlético Nacional?

Baldomero Perlaza and Jarlan Barrera are regular starters at Atlético Nacional. Both have a particularity: 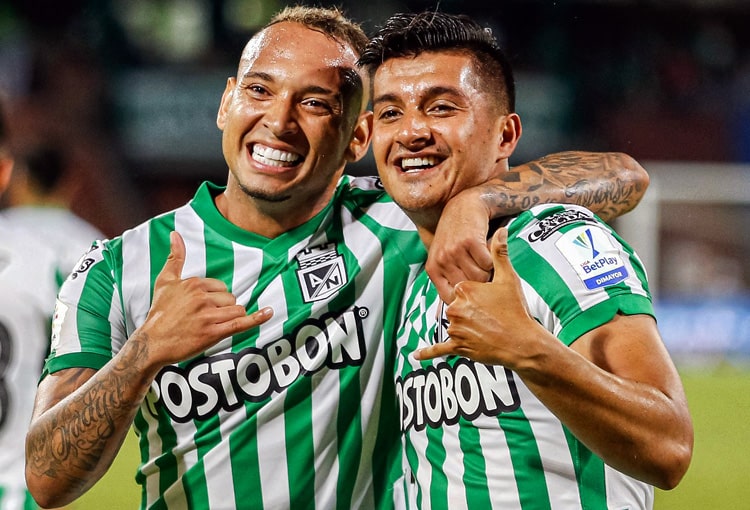 Atlético Nacional and its streak to break against Jaguares

Atlético Nacional is the leader of the BetPlay League and against Jaguares they will seek to surpass the 40-point line. The game will be this Sunday in Montería.

Atlético Nacional fans are asking for more opportunities for Ruyeri Blanco, a forward who is on loan from Unión Magdalena.

Striking: national coach walks onto the field to...

Bundesliga: Who it hits how hard – politicians...

Falcao García and Atlético de Madrid have a...