Home basketball 5 remarkable stories that the start of the NBA season has left, by Andrés Monje
basketball

5 remarkable stories that the start of the NBA season has left, by Andrés Monje

A week of competition in the NBA leaves time to look and review some details that should be paused. These are five significant stories that the premiere of the franchises has left in this new season:

The statistical samples are still small but the eye is already convinced: the Hornets they are one of the funniest teams to watch in the NBA. If you have the League Pass, check them out. They are tremendously dynamic, versatile, fast paced, well organized but there is also room for creative freedom in their plan, they have different highly talented ball distributors and to top it all Miles Bridges it is definitely hatching.

Bridges has started the season not only confirming the good feelings that the triple left during the previous one, but also being even more aggressive in attack. Surrounded by excellent pins like LaMelo Ball and Gordon Hayward, plus the good impact that veteran Mason Plumlee is having as a counterpoint in the dark work (excellent blocking, good game reading and reliable on the rebound), Charlotte is even handling well the absence of Terry Rozier and PJ Washington, both with problems physical, in several of these first encounters.

Healthy Hayward is simply essential for the offensive balance he brings, being able to perfectly execute any type of role with / without the ball and ultimately facilitating coexistence with a hypnotic Ball. The bench is responding and the team is enjoying it, with a productive, supportive and truly entertaining attack. For neutral, the Hornets are being a breath of fresh air and an enjoyable team.

The ‘Big Ball’ of the Cavs

Ricky Rubio He has gotten off to a great start on his Cavs adventure, not only shining sportingly but also serving as a mentor to a really young team. JB Bickerstaff, Cleveland coach, has already made clear the influence of the Spanish in the interesting start to the season in the Cavs.

However, beyond the Spanish and the great amount of talent to be developed that the squad exhibits, the highlight of the beginning of the course in the franchise has been the commitment to the ‘Big Ball’ in their quintets. In the midst of the ‘small-ball’ era, with the teams thrown into the use of formats with only one interior and even none of them, with forwards acting as ‘false fives’, the Cavs They are betting on putting together many match sections to Lauri Markkanen, Evan Mobley and Jarrett Allen, three types that reach or exceed 2.08 in height. And with two of them (Mobley and Allen) without making use of the shot of three.

The experience, clearly countercultural, is being very interesting. Markkanen has some trouble containing explosive forwards, but the versatility behind Mobley and Allen helps fill in the cracks. The two most used quintets of the Cavs so far have all three on the court and in both the results have been very positive, with the defense performing at a high level (below 90 points received per 100 possessions, despite the low sample ). The operation of these quintets is a focus to follow.

Miami ha vencido a Bucks y Nets during their first week of competition. AND none of them were able to score more than 95 points. The potential behind the Spoelstra block is terrifying, bringing together Kyle Lowry, Jimmy Butler, PJ Tucker y Bam Adebayo on the court and, as a consequence, creating a web of defensive changes, adjustments and assists that is very difficult to overcome. 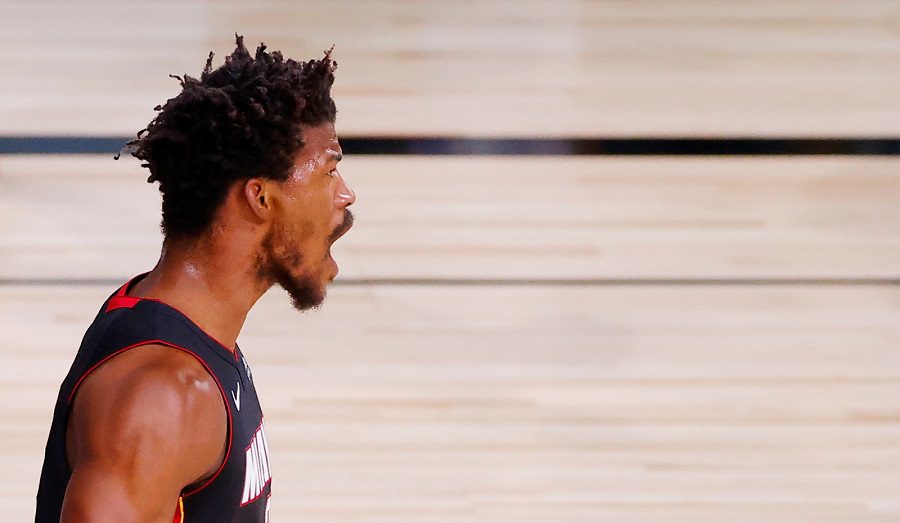 The season has just started and there are different scenarios to calibrate, as well as a shorter second unit and to decipher, but the message is sent: any team that can see the Heat in the playoffs is going to have to arm themselves with patience and medication. for the headache. It is a device designed to destroy simple sequences such as pick&roll (with specialists on the handler and the continuation), cloud all movement without the ball, extraordinarily versatile and with the hunger to show that they have a job to finish and are not considered in the first step to achieve it.

The offensive coexistence between Lowry and Butler, two great friends but who still need to know their brilliance on the court better, should give the team an offensive discharge. But his candidacy, more real than it may seem, part of the domain back. And in just one week they have already been in charge of making it see.

It is not a single cause, of course, but there is a relationship between the Lakers they only had three players back (James, Davis and Horton-Tucker) compared to last season’s squad and that they have suffered two unprecedented milestones in this first week of competition. For the first time in their history, they started a campaign 0-2 losing both duels on their courtto. And for the first time in the last 25 years squandered an advantage of at least 25 points in one game (they led 26 at Oklahoma), having won the previous 230 games in which they took that income.

The relationship between these two events and the lack of unity of the team is evident: there are no routines, automatisms or cohesion. Basic elements, in the background, to play a sport of five permanently interrelated pieces. The Lakers are, today, a set of suggestive cards with everything to adjust. The last two absences of James, the player who more and better groups roles around him, has enlarged a visible problem and without a short-term solution. 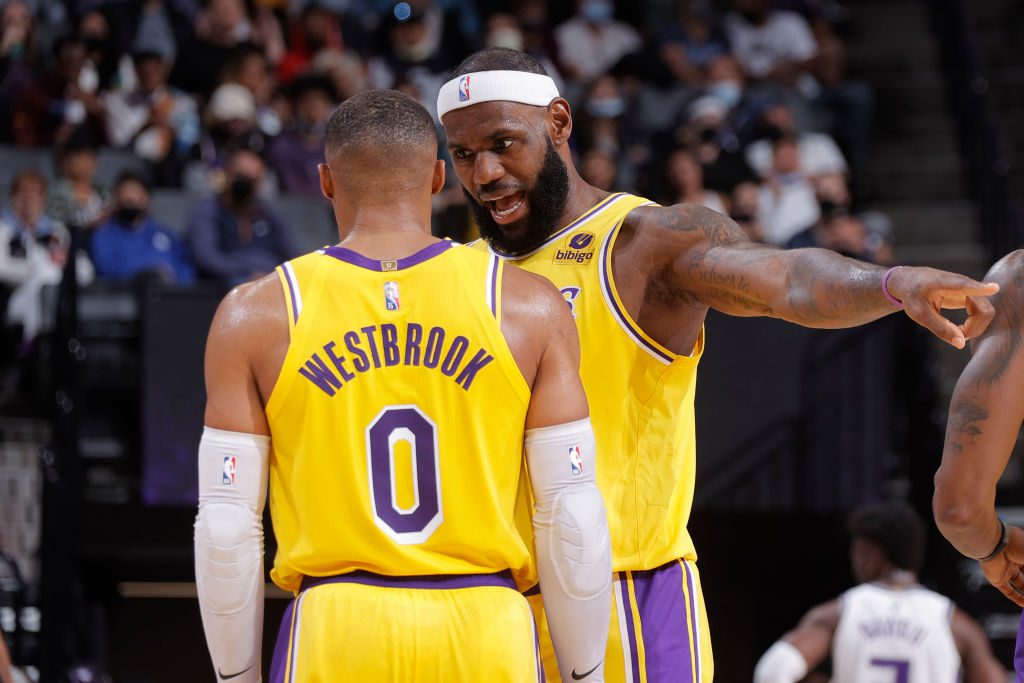 The Lakers need time. They would stop, if they could, the clock to be able to work and be a team when they pressed the ‘play’ again. Your defenseThe most difficult trait of the game to camouflage when there is no collective tone, hit rock bottom in Oklahoma. And the work ahead is massive for Vogel. The union between James, Davis and Westbrook has had the (poor) expected start, with Westbrook taking on an entirely new role in his career. And the technician must define the balance between a clearly better inside rotation with Davis as the only asset on the track and the physical burden that that can cause for Davis himself during the regular phase. The games are happening and the Lakers are, right now, in survival mode. At least until they start to be a real block.

Fortunately, there are not few candidates, but Stephen Curry is the greatest show that basketball offers today. When he picks up pace, there is no experience like watching the Warriors play, sowing defensive panic in the rival as soon as he crosses half the court or when he sprints without the ball, changing direction and dodging bodies, to find the right moment to receive. 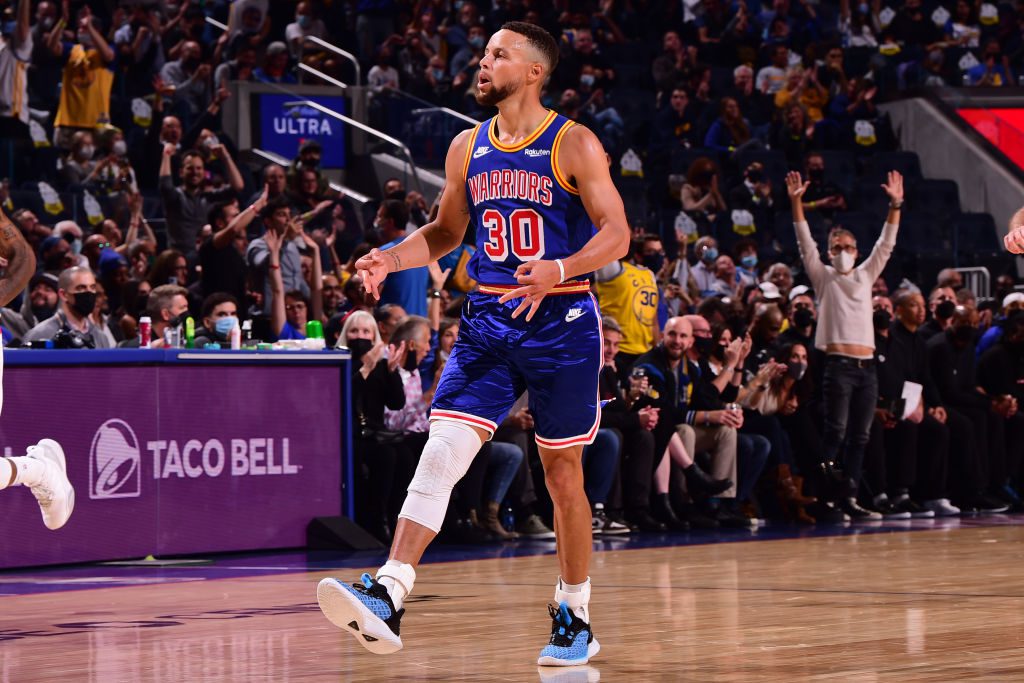 Curry is going to produce by himself and will even leave some amazing level like that of his duel against the Clippers (25 points without failure in the first quarter and that feeling that in his trance he cannot fail, no matter what shot he takes), but its greatest differential still resides in the monstrous and incomparable number of advantages that its simple presence on the track produces to the rest. Curry multiplies the time and space available to others, to think about what to do and execute it later. He is the best there. And therefore if your company improves, the collective performance is triggered by the inertia that it generates.

The Warriors, who have reshaped their rotation with the arrivals of Porter Jr, Bjelica and the return of Iguodala, are off to a good start. Last season they were an excellent defensive team and as soon as the turbine is activated again in attack in the sections without Curry on the track, the team will be up in the West. This last detail, performance in Curry’s rest minutes, it’s crucial. Kerr needs his team not to sink into genius breaks. And at the moment he is achieving it (only -2 of partial in the 51 minutes without him).

The Argentina National Team and great news: how many fans will there be against Brazil

Confirmations continue for the next Federal Tournament

Sponsor on the shirt and also in the...

NET’S and precise for the BCO

The new NBA measure against vaccines

Spurs lose a wafer-thin despite a double double...