Home basketball Villa Lanteri and Urquiza, one month away from fulfilling their dream
basketball

Villa Lanteri and Urquiza, one month away from fulfilling their dream

There is very little left for the San Juan clubs dedicated to the practice of basketball, such as Villa Lanteri and Urquiza, to begin to enjoy their roofed stadiums on their Desamparados and Concepción courts respectively. In the month of October, the work will be finished and later the long-awaited inauguration will be held that will allow these historic clubs in the local environment to enjoy an optimal space for the practice of this beautiful sport, and that brings together lower divisions in both branches. .

The roofs have a structure of metal frames made up of alveolar profiles, which reach 10 meters in height at their highest point. The roof panels are prefabricated and have thermo-acoustic insulation. In addition, an installed LED-type lighting system will be installed and it will reach a light level of 500 lux in a homogeneous way, suitable for the development of professional skills. Also dressing rooms and toilets, as well as floating parquet flooring on the playing field.

The works already have an important advance, and once all the metal frames were assembled, the roof and side panels began to be placed, to complete the enclosure. In parallel, work has been done on the electrical installation of the playing field, and later, for next week, the floating wooden floor will begin to be laid.
After the month of October, these clubs that historically carried out their sports activity in the open air, will be able to count on the possibility of holding provincial, regional or national meetings in their discipline, competitions that they could never organize on their fields, having to resort to other scenarios that meet the appropriate conditions, such as the Aldo Cantoni stadium, or failing that, the Norberto Ambrosini del Palomar. This unique possibility gives them the chance to program this type of activities without depending on third parties, and thus grow sportingly, motivate their basketball players, bring more people to sports and extend the hours of use, regardless of weather conditions or the rigor of our San Juan sun.

Currently these clubs that are waiting for the completion of work, are giving up the location, both in the last opening tournament, and in the current closing that is in full competition controlled by the San Juan Basketball Federation.

The before and after Villa Lanteri

The before and after of Urquiza 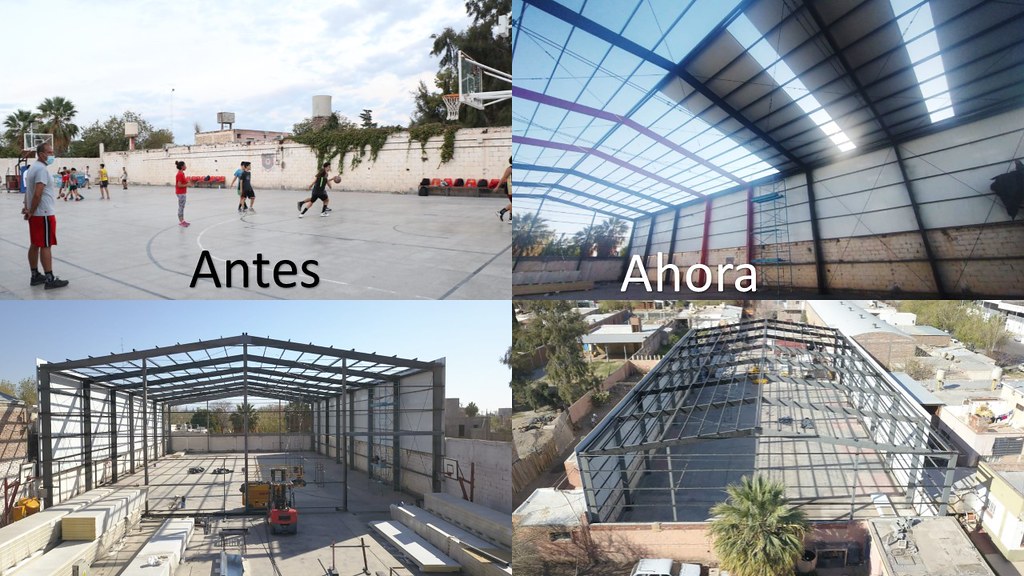 NFL, Week 2: Schedule, TV, Matches and Results, How and Where to Watch Week 2

Schwartzman will open the series between Argentina and Belarus – Tennis

Nba, from the Irving affair to the Seattle...

Kevin Durant in the race for an all-time...

The archi-prestigious ranking where the Lakers are beaten...

Good contribution from Argentine Vaulet in the European...