NAfter the next double from goal machine Robert Lewandowski, FC Bayern Munich storms in the Champions League single-mindedly towards the round of 16. The world footballer continued his series of hits in Europe’s premier class on Wednesday in a 5-0 (2-0) win against Dynamo Kiev with a converted hand penalty (12th minute) and after a perfect pass from Thomas Müller (27th). The Pole had already scored twice in the 3-0 opener against FC Barcelona. 25,000 spectators were able to cheer for further goals by Serge Gnabry (68th), Leroy Sané (74th) and Eric Maxim Choupo-Moting (87th) in the Munich arena.

We did relatively well and in the end we showed our dominance again, ”said the strong Sané. Leon Goretzka raved about a “nice football evening”, on which “a lot was good”.

In their first European home game in front of an audience in almost two years, the vastly superior team of coach Julian Nagelsmann consolidated the leading position in Group E. In three weeks, Bayern can come close to group victory at Benfica Lisbon.

CEO Oliver Kahn had already praised Coach Nagelsmann for the impressive start to his term of office. “It happened very quickly that you can see his handwriting,” said Kahn, who was delighted by the Bundesliga lead and the 3-0 win at FC Barcelona in the first group game. Even against Kiev, the only question that arose early on was how much Munich would win.

Lewandowski opened the scoring with a penalty

“Constrict so that they cannot breathe,” Nagelsmann had given as the route for his team at DAZN. The hosts dominated right from the start, moving upwards with a flourish against the low-standing Ukrainian champions. A class difference quickly became clear, even if the Munich team made some bad passes and negligence in defense.

In the 10th minute Lewandowski failed with his head. But then Serhij Sydortschuk took a clumsy hand to help after a Joshua Kimmich corner in the penalty area. Lewandowski took the penalty as safe as usual, it was his twelfth penalty goal for Bayern in the twelfth attempt in the Champions League.

Even after that, the home side kept the pressure high, Kiev lacked the funds. Dynamo had not won away in the premier class since 2015, but Bayern were unbeaten in 23 group games in a row before the game. Almost consequently, Lewandowski increased to 2-0 when Thomas Müller served him perfectly and the Pole completed a cool shot with a low shot. The 33-year-old screwed his account in the Champions League to 77 goals.

A little later, Sané was unlucky when his shot bounced back into the field from the inside post (35th). Nevertheless, the national player, who was scolded at the beginning of the season, was honored by the audience with “Leroy, Leroy” chants. National coach Hansi Flick also watched the game of his ex-team in the stands.

Shortly before the break, Bayern neglected coach Nagelsmann’s instructions and were defensively unsorted in a rare counterattack by Dynamo. Carlos de Pena, however, found his master in Manuel Neuer, who steered the ball over the bar (41.).

Shortly after the break, the national goalkeeper had to intervene again, clearing Viktor Zyhankow in front of the penalty area. On the other side, Artem Schabanow saved Kimmich’s shot just before the goal line (52nd).

Bayern were still clearly superior. After a few negligently missed opportunities, Gnabry said goodbye to the 3-0 win. The winger hit the crossbar after a counterattack and then made way for young star Jamal Musiala. In the ninth competitive game in a row, the Munich team scored at least three goals.

But that’s not all: Sané surprised guest goalkeeper Heorhij Buschtschan, who had expected a cross and could no longer prevent the fourth goal. The final point was the substitute Lewandowski representative Choupo-Moting with a header after a cross from Benjamin Pavard.

Completely different emotional situation, however, in Wolfsburg. After the final whistle, an entire stadium booed and whistled. A controversial penalty kick shortly before the end brought VfL Wolfsburg to their first victory in the new Champions League season. Former Schalke Ivan Rakitic scored on Wednesday evening in the 87th minute to make it 1: 1 (0: 0) for Sevilla FC. The insecure referee Georgi Kabakov (Bulgaria) and his video assistant had previously checked an action by VfL professional Josuha Guilavogui, who first hit the ball and then the shin of Argentinian Erik Lamela in the penalty area. In the end, Kabakov not only gave a penalty, but also a yellow-red for Guilavogui (85th).

After the game, coach Mark van Bommel complained about the questionable penalty decision. “Everyone here in the hall, in the stadium and in front of the television agrees that this is not a penalty. And you can overdo that with the video referee, ”said the Dutchman on Wednesday evening at the press conference on the game.

“We deserved to win. I am not happy with a point. Unfortunately, a decision came up, ”said van Bommel, who went to the referee on the pitch after the final whistle. “My only question to him was: Why did he make this decision? But I didn’t get an answer. “

In general, the Wolfsburg coach said: “I am a friend and opponent of the video evidence. Why? You can make the right wrong decisions. That makes football better. But you are always dependent on the decision of the person sitting in front of the television. “ 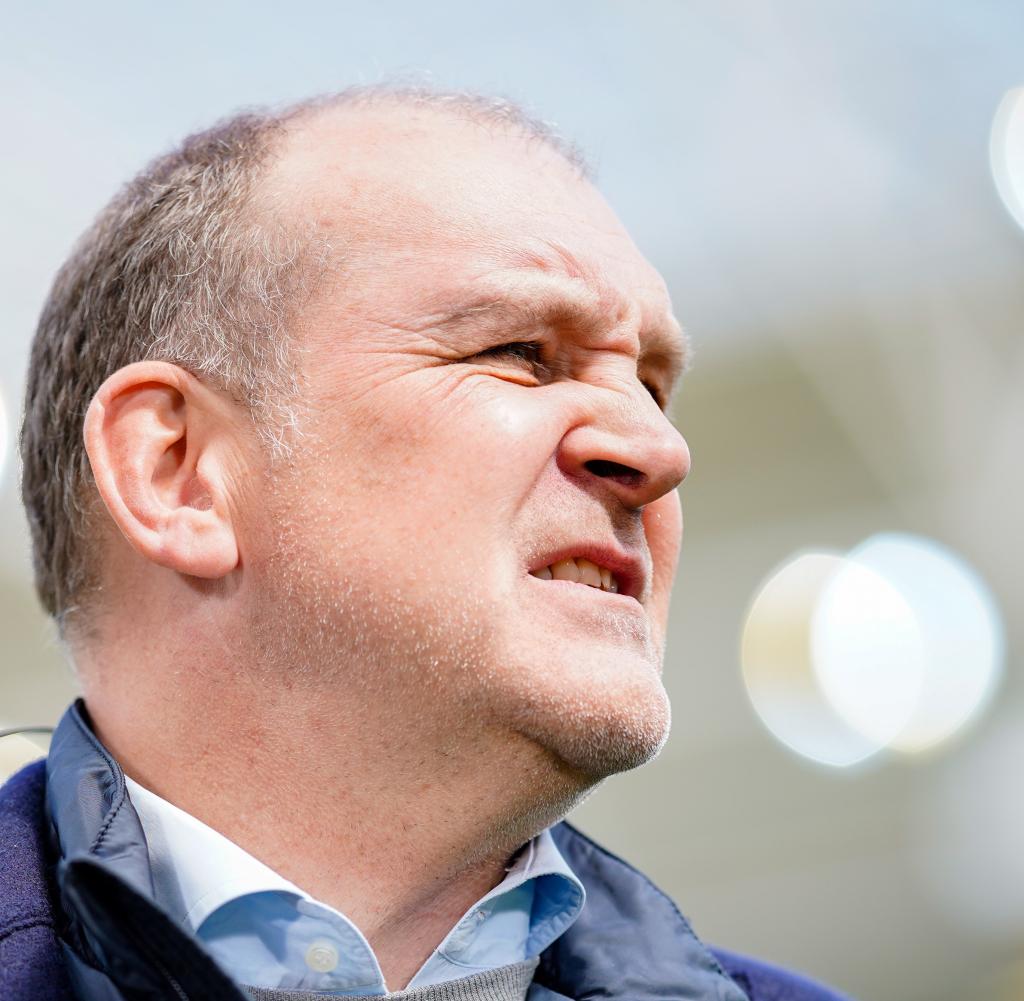 Renato Steffen also found the penalty whistle unfair. “You can’t blame Josh. He clears the ball and I don’t know where to put his leg afterwards. He can’t magic it away. ”The Swiss had put Wolfsburg in the lead in the 48th minute. In the final minutes, the game threatened to tip over completely, as Alejandro Gomez hit the post for Sevilla (90th + 1). Nevertheless: “When you have the three points so closely in mind and then get two more shortly before the end, that’s annoying.”

The first Champions League home game in five and a half years triggered something in Wolfsburg. In contrast to the 2-0 win against Real Madrid in April 2016, there were only 11,733 spectators in the Volkswagen Arena due to the corona. But this time the audience, often smiled at, was very loud, it threw confetti – and in the end cursed the referee.

However, this important competition still made an impression on the team. Because the very inhibited appearance at OSC Lille (0-0) was followed this time by a hectic start against Sevilla. After a quarter of an hour, two green and white (Lacroix, Steffen) saw the yellow card. Hopeful approaches in the attack were often hastily thwarted again. On the other hand, defender Jerome Roussillon celebrated a rescue operation in his own penalty area as if he had just scored a goal (22nd). VfL was definitely not lacking in commitment that evening.

Sevilla were the slightly better team in terms of play. Roussillon’s courageous effort was preceded by a nice combination of only three stations along almost the entire left wing. The Bundesliga team was also lucky when the 1.90 meter tall center forward Rafa Mir missed the ball in the penalty area (30th). VfL’s first chance to score was a free kick from Maximilian Arnold. Immediately afterwards, the referee whistled at half-time.

The quick opening goal shortly after the break was very beneficial for the Wolfsburg team. Because now they let themselves fall far behind and lay in wait for the counterattack. And with them they were far more dangerous than the cumbersome Spaniards trying to build up something like pressure. Wout Weghorst had two chances to make it 2-0 (60th / 71st). On the other hand, Seville’s technically very sophisticated offensive series against the physically clearly superior VfL defense hardly came to an end.

And then in the final phase of the shock for Wolfsburg: Guilavogui shoots a ball out of his own penalty area and hits the opponent with his swinging foot. After the video assistant intervenes and checks it on the screen, the referee imposes the penalty kick and sends the French off the field with yellow and red. Rakitic sure transforms.

In the next few games, the Bundesliga team will face Austrian champions Red Bull Salzburg (October 20th and November 2nd). These two games could be decisive for reaching the round of 16. 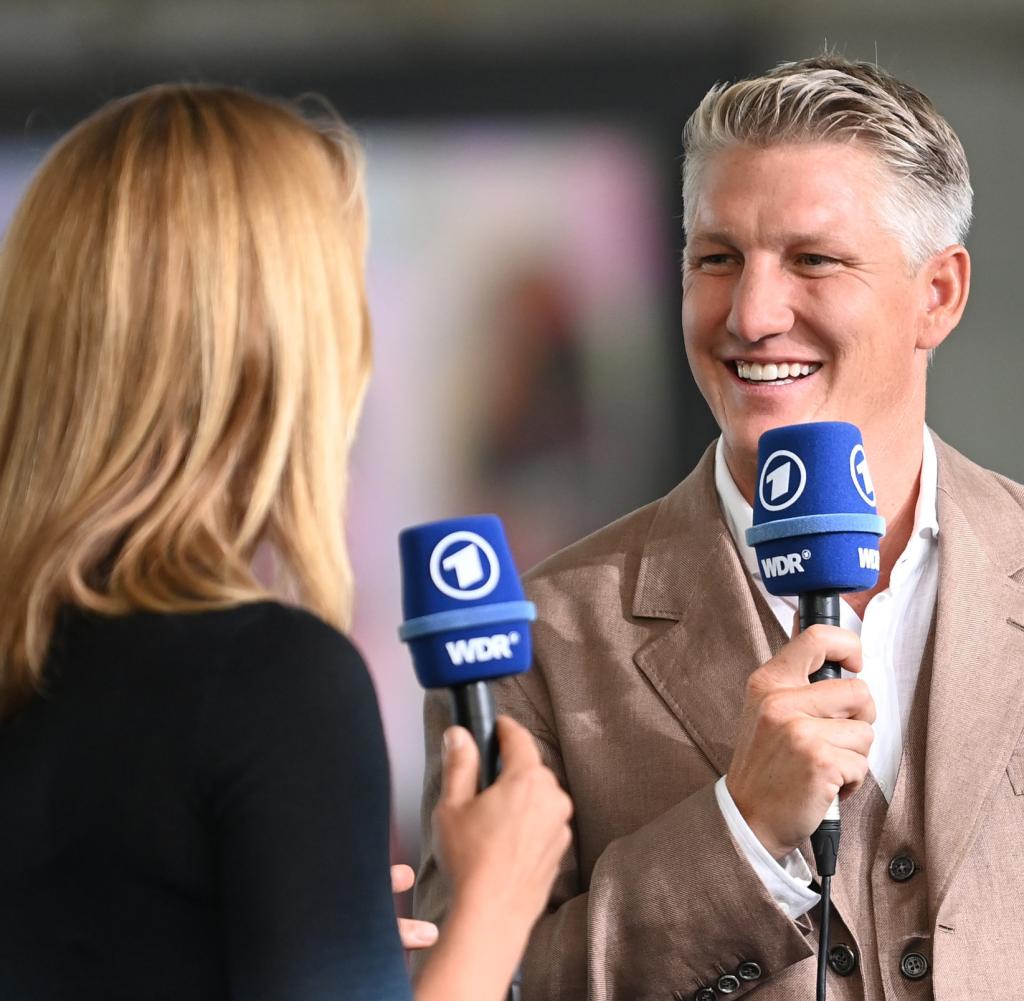 The Acunsa GBC, in search of prosperity

Only the playmaker worries (nd currently)

The Costa Brava loses and hits bottom in...

“We have lost a rock”: François Moncla, former...

France eliminated from the group stage