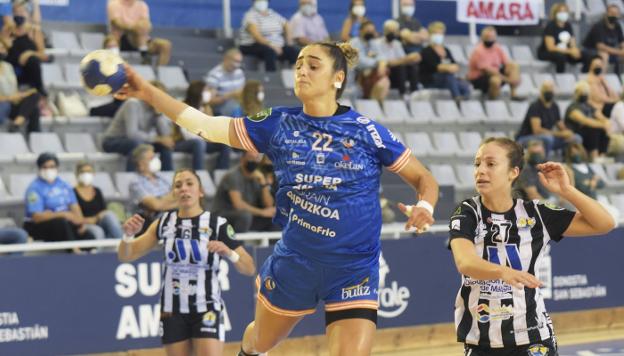 Emma Boada, key player of the match, in an attack yesterday afternoon at Gasca. / PEDRO MARTINEZ 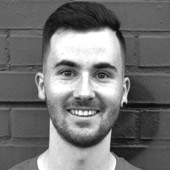 Boada, how good that you came back! It is the phrase that should have been repeated the most yesterday in Gasca. Because the performance of the Super Amara Bera Bera center against the Costa del Sol Málaga was from another planet. The Catalan, who returned to play a match in Donostia a year and six months later due to a serious knee injury, became the true heroine of a match that had an end not suitable for heart patients.

With barely ten minutes remaining, the scoreboard reflected a tie at twenty, with the Malaga team also in an ascending line thanks to a notable improvement in their game after passing through the changing rooms. But when things looked worse, when nerves could play a trick, Boada appeared there to completely crack the Andalusian defense. The 22-20 took his signature and the 24-21 that ended the match, too.

Although this Saturday who really won was women’s handball. Not only because of the great game that both teams offered but, above all, because of the return of the public to Gasca almost 11 months later. It was very nice and special. There was a good entrance, with about 500 spectators in the stands. Like the tribute that Bera Bera paid to Nely Carla Alberto, now on the club’s technical staff after announcing his retirement after 22 years as a professional.

The most important thing in a duel of these characteristics was to get plugged from the beginning. And the Super Amara players did. More if possible in defense, where Loidi and Maitane Etxeberria were firm.

After an even first quarter (2-2), the locals found spaces between the rival defense and managed to take an income of three goals (8-5) that forced Suso Gallardo to request his first time-out at a quarter of an hour. But far from improving, Málaga ran into Alice Silva again and again, who ended the match with 13 stops, many in decisive moments. With this, Bera Bera was able to maintain the differences and reached the break with 13-9.

Already in the second half, the Costa del Sol improved both in attack and defense and despite being five down after 35 (17-12), they threw ex officio to equalize thanks to the good work of Castellanos under the sticks, Arderius – canceled until then – and the López sisters.

In fact, he had the ball to get ahead but Espe’s steps prevented it. Then came two lashes from Fernandes and Boada’s magic to break the fight. Thus the things, the Bera Bera adds two new points, in this case of gold in front of a direct rival, and is co-leader.

“It’s crazy what I’m going through at the...