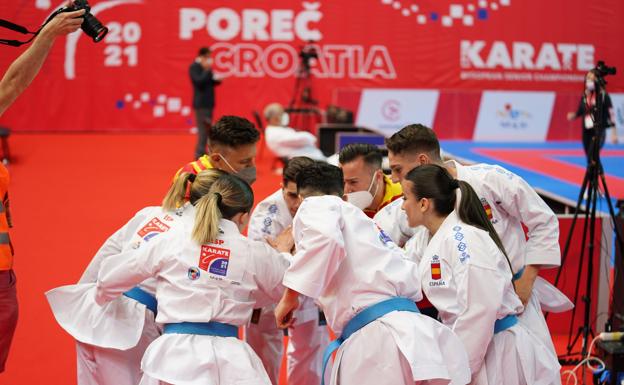 When the offer came to him, he was not seduced, but his wife convinced him and now he is trying to achieve a medal in karate with Mohammed Al-Musawi 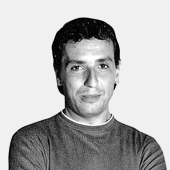 When, in 2019, the offer came to Asier Elordui from Bizkaia to be Kuwait’s karate coach, he did not think too much about it. “I said thank you, but no,” he remembers. There was a justification. He had just become a father and had opened a gym in Getxo (Vizcaya). “But my wife overheard the conversation and made me see that it was not a bad time to embark on the adventure.” Thanks to Leire’s efforts, today Asier Elordui is in Tokyo at the helm of the Kuwait national team, a milestone for a country that even dreams of fighting for the kata medal with Mohammed Al-Musawi, on the 6th. It is impossible to be in the Games and here we are, so why not imagine that we are among the three best in their category ”, asks the Basque teacher.

At 46, Elordui has lived by and for karate for decades. He was hooked when he was only five years old. He competed and became runner-up in Spain. At 16 he began teaching classes. With 25 he made his debut as the Basque Country coach, with 34 he landed in the Spanish Federation and became a national coach between 2012 and 2016. And in 2019, he was focused on his family, with the birth of little Arai, and in his gym. “The beginning was not easy, because we had to wait two months to have all the procedures, and that my contract was from the Government,” recalls Elordui, who describes it as “a very good contract.”

Upon arrival, everything was facilities. «I met wonderful people, they took care of us to the maximum. Of course, there was no training method or system, but it was good for me to implement my method from the beginning. And there was total confidence on the part of the athletes ».

A gift at the sports level

And as for the sports group, Elordui acknowledges that he already knew the kata team “and it was a team with a wide range of improvement, but well coordinated, a group that I liked.” However, when he arrived, the goal was not to be at the Games, but at the Dubai World Cup, which was in the fall of 2020 “and there was more scope. With only seven months until Tokyo I saw it impossible, but what was a disgrace on a world level and on a personal level, it was a gift on a sporting level ». Elordui refers to the pandemic and that it led to delaying the Games for a year. Muhammed Al Mosawi earned his place to be among the eleven competitors who will take part in the kata discipline, a milestone ahead of karate’s debut at the Olympic Games.

– And what has the achievement of reaching the Games meant there?

– In the Olympic Committee very well, but at the country level and even in our federation without more. In Kuwait they are not very interested in sport, everything that does not have to do with money does not motivate them. I do not want to say that they pass us, because they have many resources and we are very well supported and grateful.