A triumphant return of the Blue Jays to Toronto 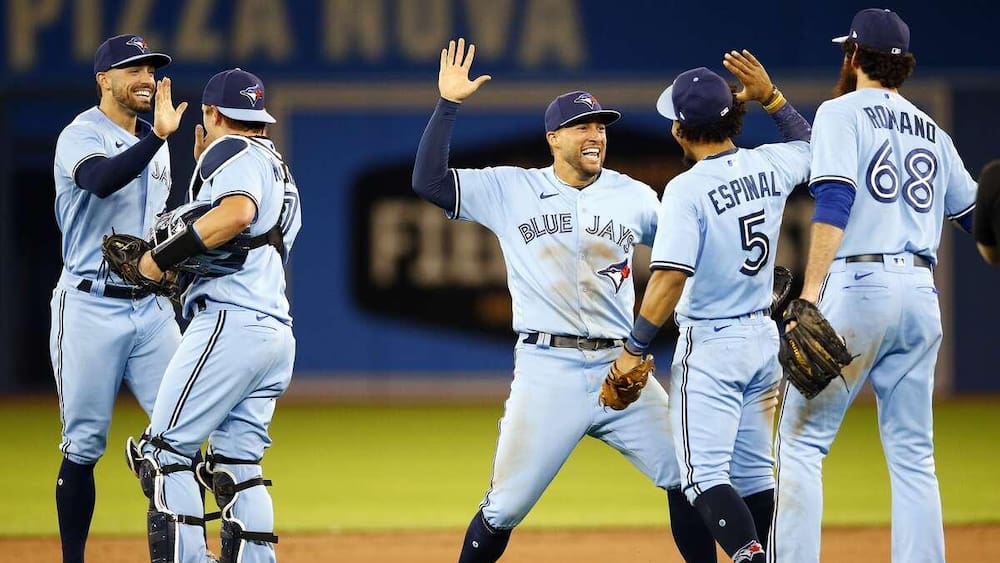 The city of Toronto had not lived through the fever of a major baseball game in 670 days, due to the COVID-19 pandemic and the health restrictions it brought about. The Blue Jays finally celebrated their return to Rogers Center with a 6-4 win over the Kansas City Royals on Friday.

The atmosphere was high in the Queen City, as the Toronto team presented their “opening match” in front of 15,000 spectators.

For the occasion, Vladimir Guerrero Jr., Bo Bichette, Teoscar Hernandez and Marcus Semien, the four representatives of the team at the all-star game earlier in July, took part in the ceremonial throws with members of the community.

On the diamond, Hernandez wasted no time before blowing the gathered supporters for joy, ejecting the ball out of bounds in the second inning. Moments later, Springer produced his own second point, thanks to a double.

Bichette also added her two cents by hitting a two-run homerun at the end of the seventh inning.

Without being impressive, starting pitcher Ross Stripling got the job done in five and a third innings on the mound. He allowed two runs on four hits and a walk, in addition to striking out an opponent. Reliever Jordan Romano closed the books by signing his ninth save of the season.

Nothing and no one can stop Canada’s Joey Votto, who hit a homer in a seventh straight game, allowing the Cincinnati Reds to defeat the Mets 6-2 in New York.

In the sixth round, Votto hit his 21st homerun of the season.

He became one of eight players in major league baseball history – and the first Canadian – to land a long ball in seven consecutive matches. He is only one game away from the record, held by Dale Long (1956), Don Mattingly (1987) and Ken Griffey Jr. (1993).

Acquired from the Chicago Cubs the day before, Anthony Rizzo was playing his first game in the Yankees uniform and you have to believe that the first baseman knows how to make friends, he who hit a long ball in a victory of 3 to 1 of his against the Marlins in Miami.

The 31-year-old broke a 0-0 tie in the sixth inning while giving a gift to a fan.

Rizzo finally completed the game with two hits, a walk and an RBI, in addition to crossing the plate himself on two occasions.

The Rays have the upper hand over the Red Sox –

Tokyo Olympics: “It was a very rough course but we created lifelong bonds”, Androdias and Bucheron deliver back to Paris

Novak Djokovic lost at the Olympics

“To win you needed 4 Cubans” – SwingCompleto

Baseball, the book “The diamond is forever” presented...

Osuna and Suárez were champions in Japan

Piacenza Baseball, the presentation of the book “the...