Et was an illustrious group that had gathered in the Munich arena on Monday, one day before the German national team’s first game of the European Championship. Markus Söder, Bavaria’s Prime Minister, was there among others. Also Joachim Herrmann, the Minister of the Interior. The flying visit was mainly about the topic of Corona – and also the topic of security. Everything has been thought of, said Markus Söder. The tension of the game could “be enjoyed by everyone with a clear conscience”.

It was definitely exciting, as the narrow result – France beat Germany 1-0 – showed. Only the enjoyment of the game was clouded at the beginning when, just before kick-off, a Greenpeace climate activist landed on the lawn with a paraglider and injured two people.

During the TV broadcast, the activist was seen flown into the stadium with a motor propeller on his back. During the approach he had apparently got stuck on the cables of the so-called Spider-Cam, i.e. the freely floating camera above the lawn, and had lost control. It sailed just over the grandstand.

The Munich police, a spokesman confirmed on Wednesday morning in an interview with WELT, is now investigating the case of the Greenpeace activist who had crashed because of dangerous bodily harm, trespassing and a violation of the air traffic law. Where the activist could have started with his paraglider cannot yet be answered. The police want to announce more details about the incident around noon.

For a violation of the air traffic law, in which “life or limb of someone else or property of significant value” is endangered, the perpetrator faces a prison sentence of up to five years.

The pilot, a 38-year-old man, was arrested on Tuesday evening, and his aircraft was also seized. So far there has been talk of two injured men. France’s coach Didier Deschamps also suffered injuries when he ducked under the dugout in front of the approaching paraglider and bumped his head. “When I was with Guy (Stephan, Co-Trainer, Anm. d. Red.) Took refuge, I hit the bench. I have a little bump, it’s nothing. But: It could have been more serious. Something like that doesn’t have to be. “

Greenpeace apologized in a statement during the game on Tuesday evening “to the two people who were injured in yesterday’s Greenpeace campaign and very much hope that they will get better soon”. In a press release, Greenpeace pointed out that demonstrations are peaceful and non-violent and that security is particularly important to them. 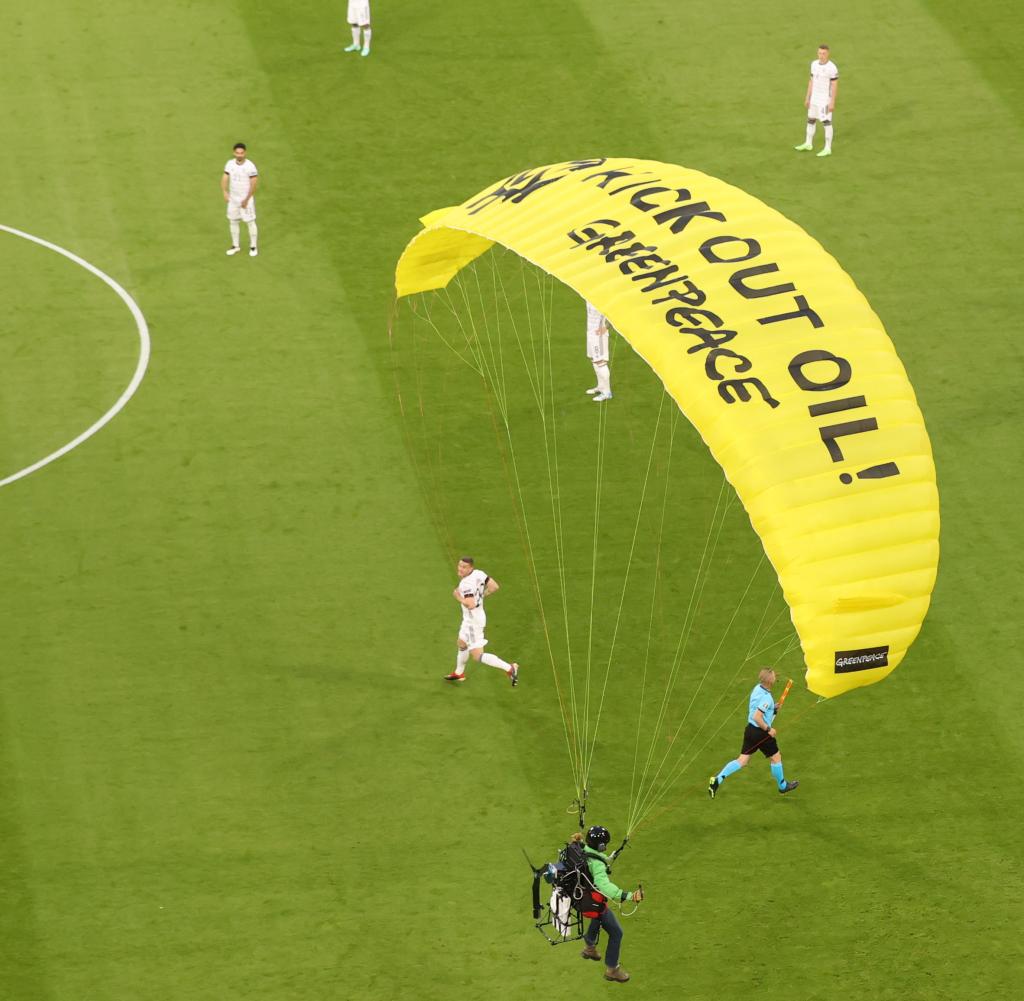 “The paraglider was supposed to fly over the stadium yesterday and let a soft balloon with a protest message to the EM sponsor VW fall onto the field,” it said in the wording: “A technical emergency forced the pilot to land on the grass. We are in the process of investigating the cause of this incident and will of course be working with the public authorities. “

Söder announced consequences on Wednesday morning. “That is dealt with precisely, these are clear violations,” said Bavaria’s Prime Minister to Bayerischer Rundfunk: “This is no trivial offense.”

Union politician Friedrich Merz called on Twitter: “With a serious endangerment of the stadium visitors, it is time to check the charitable status of #Greenpeace”.

The Volkswagen group against which the protest was directed criticized the action sharply. “With today’s protest action, Greenpeace put the life and limb of uninvolved spectators and fans of a football game in danger,” said a statement on Tuesday evening. That is not acceptable. Volkswagen is open to critical and constructive dialogue on environmental and sustainability issues and is clearly committed to the Paris Climate Agreement by 2050.

The DFB also strongly condemned the action. “The person has not only endangered and injured himself, but also others. From our point of view that is unacceptable ”, said association spokesman Jens Grittner immediately after the opening defeat against France.

There was also criticism from the European association Uefa, the host of the European Championship tournament. In a statement there was talk of a “reckless act” which “could have had very serious consequences for a large number of participants”. The Uefa referred to local authorities and also let it be known that the association and its partners are fully committed to a sustainable EM tournament and many initiatives to offset the CO2Emissions would implement.

Another drone pilot at the stadium

At the 2016 European Championships in France, flight bans were still issued over all ten European Championship stadiums and the 24 training camps for the European Championship teams. In addition, a drone defense system was used at the time to prevent bombs or dangerous chemicals from being flown into the arenas with drones and detonated there. The security measures at that tournament had been tightened again after the terrorist attacks in France the year before. 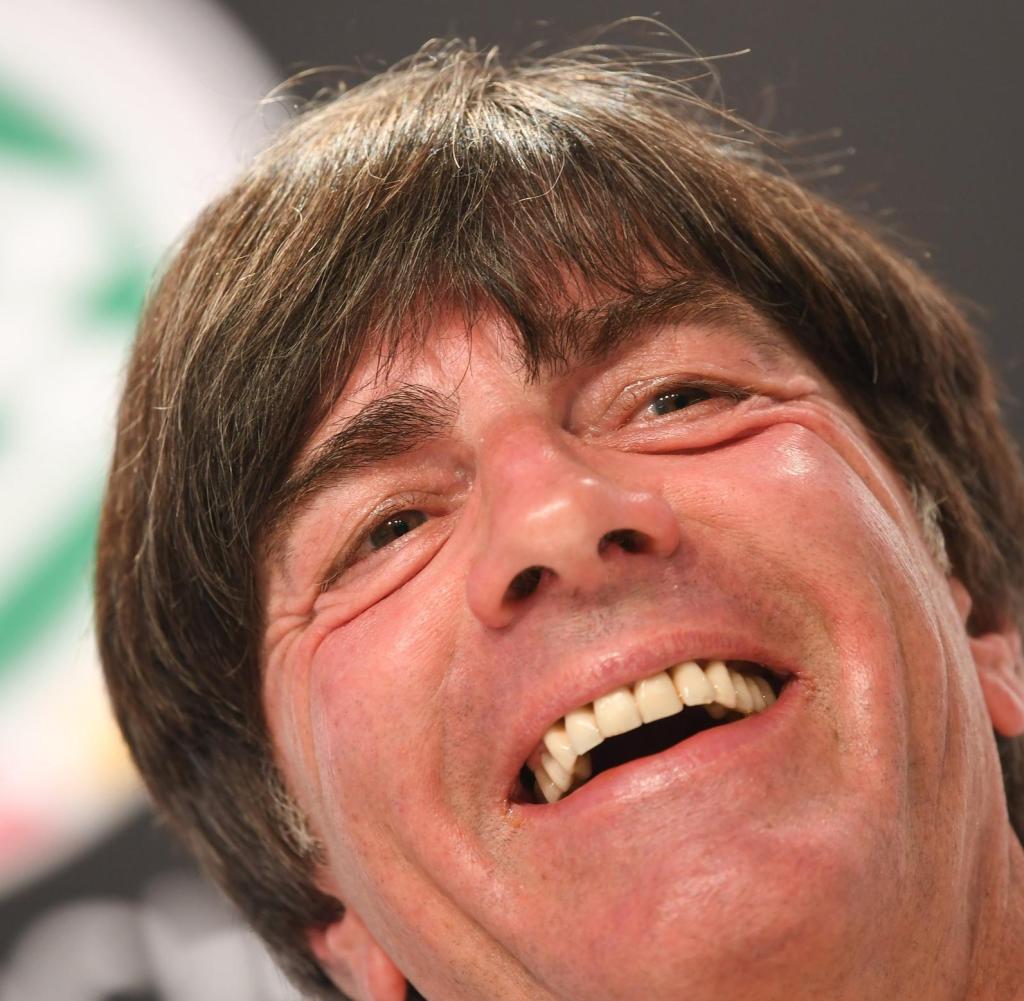 As for the drone defense, the Munich police reported the arrest of a 48-year-old man from Nuremberg after the opening game of the German team. He controlled a drone in the restricted flight area around the Munich European Championship stadium. According to the police, there is no connection with the paragliding flight, which caused a stir at the start of the European championship game and injured two people. “The police expressly point out that there will also be a restricted flight area on the coming match days,” it said in a message. The use of drones is also in the UEFA stadium regulations under point 6.1. f prohibited. 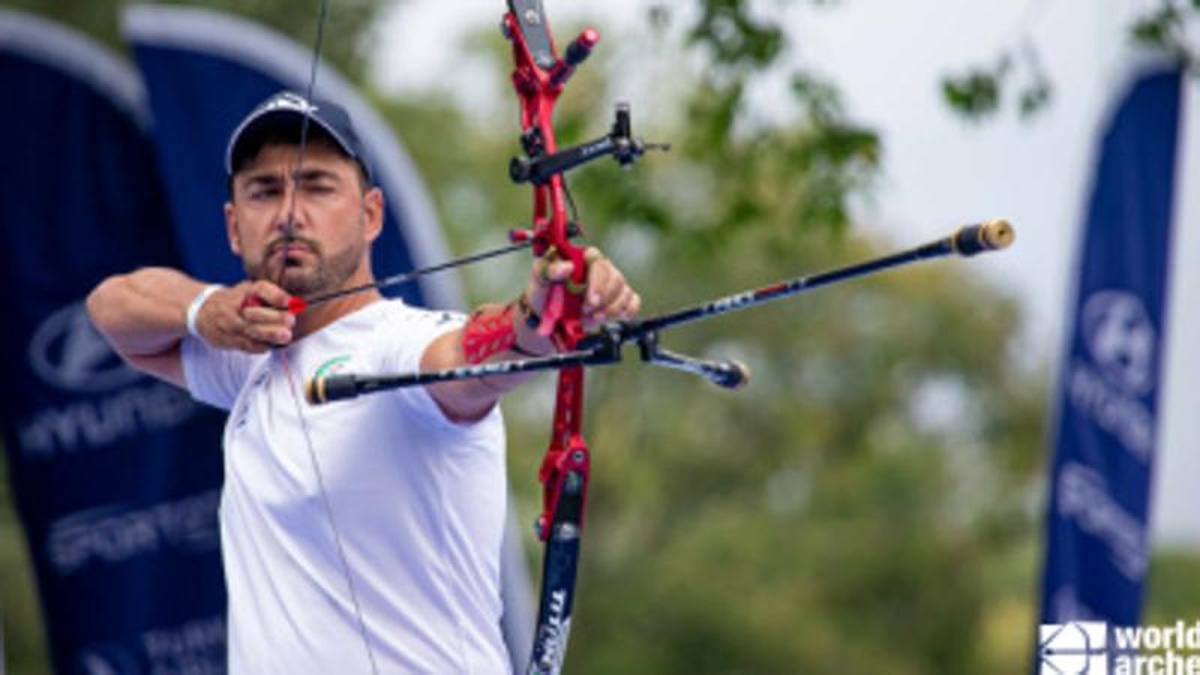