The descent of Baník was not averted even by the new owner Václav Brabec (left, pictured with Marek Jankulovski).

At the turn of the millennium, Opava moved between the first and second highest competitions, between the years 1999-2005 it managed to descend even three times. In the 2001/02 season, the Silesian club managed to win only five matches and relegated to the second league with eighteen points. However, Opava returned to the football elite in a year.

The 2004/05 season was marked by a huge corruption scandal, which also affected Opava. She was fined half a million crowns and six points were deducted. The team that fired coach Pavel Hapal after the 11th round descended from the last place again and did not return to the first league until 2018.

The coach celebrated the procedure in the car. We are in the league! he shouted at Skuhravý over Kayamba’s phone

Only sixteen points closed the door to the highest football competition for the football club from Střížkov forever. There has been a lawsuit over the name Bohemians for five years, then it all culminated in the 2009/10 season, when the Bohemians Praha management banned their players from entering a match with a newcomer to the competition – Bohemians Praha 1905.

Střížkov was threatened with expulsion from the league. In the end, he was punished with only a fine of 6 million and a deduction of 20 points

Střízkovský was struggled with the match, they were fined a lot, several points were deducted and the club of the controversial boss Karel Kapr fell into the second league.

Vítkovice belonged to the traditional teams of the highest Czechoslovak football competition and in the 1984/85 season they even rejoiced in the championship title. This was followed by the sale of players and major economic problems that the club still struggles with today.

In the first year of the 1st Czech league, Vítkovice finished in the penultimate place with 13 points (in the 1993/94 season there were two points for a win and one for a draw) and they even changed their coach twice during the season. All this just a few years after they fought their way to the quarterfinals of the UEFA Cup as Czechoslovak champions.

The 2015/16 season was difficult for Ostrava’s Baník. The team had to move from the beloved Bazaly to the Municipal Stadium in Ostrava – Vítkovice, and during the season the coach and even the owner changed for the team. 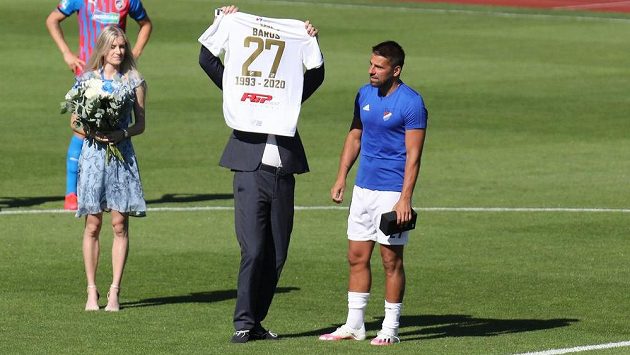 Baros is saying goodbye! The miner will forever discard the jersey with the number 27. Welcome retired, Šmicer said

Baník won only four matches during the difficult year and occupied the last place in the table from the beginning of the competition, not even the arrival of coaching legend Vlastimil Petržela, with whom Ostrava descended for the first time in the history of the Czech highest competition.

The very progress to the highest football competition was a huge success for a small club from Benešov. The football team benefited from the financial support of businessman Miroslav Švarc, who lured a number of interesting reinforcements to Benešov, including Karel Jarolím or Luboš Kozel.

After advancing among the elite, however, the club got into financial difficulties and left only the Czech Football League with a gain of only 12 points.

As in the case of Benešov, the fate of the football club in the town of Lázně Bohdaneč was associated with a sudden surge of economic power and subsequent decline and even extinction. After the establishment of independent Czech competitions, Lázně Bohdaneč managed to grab four procedures in a row, and thus ended up in the highest football competition. After a year, however, they descended.

At that time, the club relied on the financial support of patron Jiří Novák, thanks to which a quality football facility was built, which today, paradoxically, is used by the team from the district championship. For example, Novák lured European vice-champion Luboš Kubík to the club, and Marek Kulič also played forty matches here.

The eleven-time champion of Czechoslovakia reached the bottom in the early 1990s. The once prominent army club suffered after the Velvet Revolution and lost much of its popularity. Everything culminated in the 1st year of the independent Czech competition, when Dukla managed to win only one league match and said goodbye to the highest competition by gaining only 10 points (in the 1993/94 season there were two points for the victory).

Didn’t you let us into the league? I’m done! Dukla is without a director

Due to financial problems, Dukla went straight to the third league, shortly afterwards she merged with Příbram. She did not return to the highest competition until 2011.

Dancing Dimi has been danced on World Championship darts

World Hockey Championship U20 | Are Czechs shocking Canada? The power is tremendous, but the day may come when the miracle will happen, the coach believes

The racist comments of the German coach during...

Balastegui and Horta win the B final and...

Dolls dancing in practice match between Roma and...

The distress of Simone Biles anguishes the Olympics