Jordi Cruijff is fed up with being mentioned by Victor Font in his future plans for Barcelona. Cruijff has announced through his social media channels that he is not involved in ‘the electoral process’ at Barça and that he is focusing on Shenzhen FC; the former football player is the trainer of the Chinese club.

On Wednesday, Font, one of the leading candidates for the Barcelona presidency, presented his exact plans for the club. The candidate showed an organization chart with his desired officials. Xavi, who is currently a Qatar trainer at Al-Sadd, is to become the general manager under Font, citing Cruyff as his sporting director. Ronald Koeman will remain active as head coach under Font, according to the organization chart.

Cruijff, however, is not at all pleased with Font’s mention of his name. “I want to clarify that I am focused on Shenzhen FC and that I am not involved in the electoral process for the Barcelona presidency,” the former international writes. Cruijff has been at the helm of Shenzhen since August. At the beginning of this year, he was appointed as the national coach of Ecuador, but due to the corona crisis, he did not lead a single game for the South American country.

The members of Barcelona will elect a new president on January 24, to be the successor to the departed Bartomeu. Font and Joan Laporta are the most important candidates to win those elections. Furthermore, Toni Freixa, Xavi Vilajoana, Emili Rousaud, Pere Riera, Lluís Fernàndez Alà and Jordi Farré want to compete for the presidency of Barcelona. 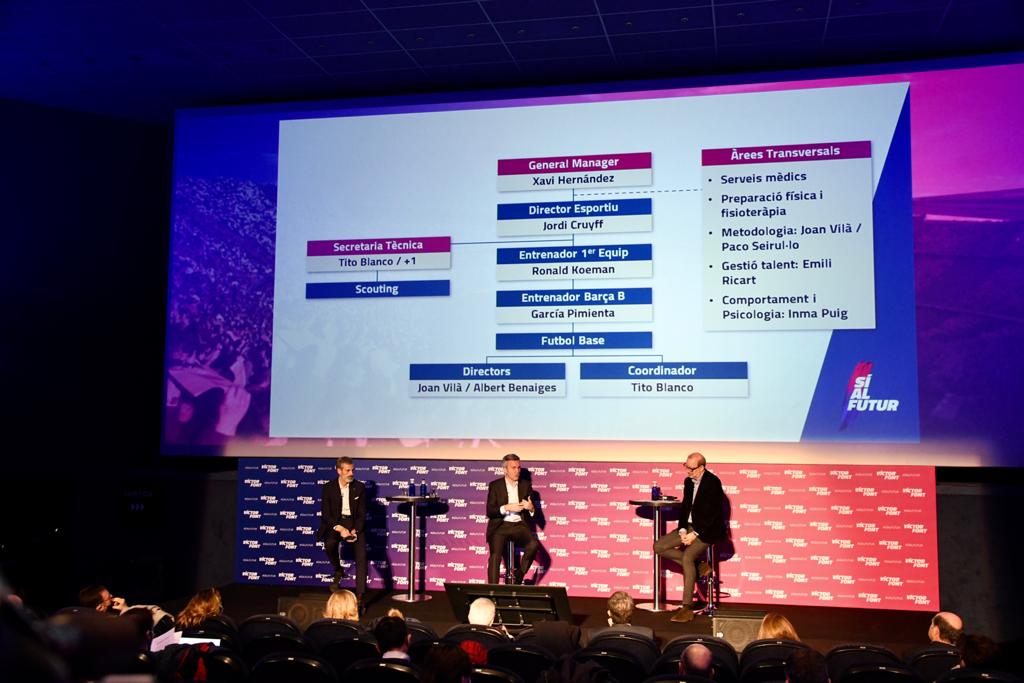 The intended organization chart at Barcelona by Victor Font

According to the Japanese Prime Minister, the IOC...

The USA and Germany apparently settle a dispute:...

Who is Pau Lopez, the guard recruited to...

Incidents in London on the sidelines of the...