His first match point was good. On a double fault from her opponent, Elsa Jacquemot can finally release the pressure. Released, she displays a pretty and bright smile and goes to kiss her parents, who came especially from Lyon for the final. They were right. At the end of a long duel of 3 sets (4-6, 6-4, 6-2) and 2h12 of play, their daughter won in the final of the Junior Roland-Garros event in front of the Russian Alina Charaeva .

Thanks to this success, Jacquemot enters the history of the Parisian tournament. It was 11 years, and the victory of Kristina Mladenovic in 2009, that France of tennis awaited a French victory in this category. “There is a lot of emotion,” smiles the one who should become world No. 1 among young people. Winning at Roland Garros is a sick thing, especially for a Frenchwoman. I don’t have the words. “

La Lyonnaise has come a long way. After giving up the first set, it was led 4-2 in the second before sounding the revolt, saving 3 balls of 5-3 against it and aligning 7 games in a row to fly to success.

If the fortnight had started with the disappointment of a defeat in the first round of the main draw, it therefore ended in apotheosis. “We are proud and happy, savors Pierre Cherret, the DTN. At the Australian Open, she was seeded No. 1 but was beaten in the second round. I think this experience has served him well. She gained momentum throughout the tournament. She manages her emotions better and has let go of her punches at the right times. We have been following her for a long time. And we certainly haven’t finished hearing about Jacquemot. “She was playing with the handbrake at the start of the match because she was under a lot of pressure,” says her coach Simon Blanc. But she showed she had character. It is the seed of a champion. “

“It is difficult to realize that she is lifting this Grail”

A champion seed that has grown well since her beginnings at 5 years old… by chance. While she was hitting the ball on a wall at the Fontaines-sur-Saône (Rhône) club, a coach passed by and noticed his racquet. He won’t let her go. Three years ago, she had the opportunity to join the National Training Center (CNE) in Paris but she preferred to stay with her family in Lyon – at the All In Academy headed by Thierry Ascione and Jo-Wilfried Tsonga. “It’s hard to realize that she is lifting this Grail. When you’re French, Roland Garros is a legendary tournament, explains Jérémy, her dad. Like all French girls, she dreamed of playing here while watching TV. “

With Jacquemot, and the beautiful promises of Hugo Gaston, Clara Burel and Fiona Ferra, revelations of the main tournament on the French side, the succession of tricolor tennis seems to be on the move. 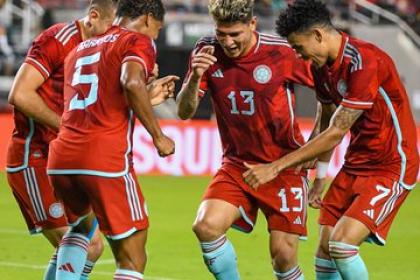