Home Sport news He reaches for the Olympics, but he doesn’t believe he will. It would be a disaster for some, the Czech champion knows
Sport news

He reaches for the Olympics, but he doesn’t believe he will. It would be a disaster for some, the Czech champion knows

“The question is whether we are talking about anything at all,” she admitted after the first half of the domestic nomination races in Veltrusy, where she finished first and second. News about the development of the pandemic, like many other athletes, does not add much peace to her.

“I read that even the Japanese are not very much identified with it, so I kind of think that in the end there will be no Olympics. It would be a terrible pity, it would hurt a lot of athletes. They trained, they would get to the Olympics and suddenly they would not go. It would be a disaster for them, “Kudějová realizes.

We are both stubborn, says the son of a Czech legend. How to overcome Dad? Only to win the Olympics

She already experienced the Olympic atmosphere in 2016 in Rio, where she did not win the final race and finished tenth. “Since I’ve been to the Games, I look at it differently, but for some it would be the peak of their careers,” he can indulge in the feelings of Olympic newcomers.

However, the estimate of the development of the pandemic for the year is now more of a divination, so Kudějová focuses on the races in Troja. Only she and her training partner Jiří Prskavec have a chance to go to Tokyo after the weekend, and the European Championships, which are also scheduled for September, will definitely decide between the canoeists.

Kudějová entered the nomination races with a two-point bonus thanks to her fourth place at last year’s World Cup in Seu, Spain. 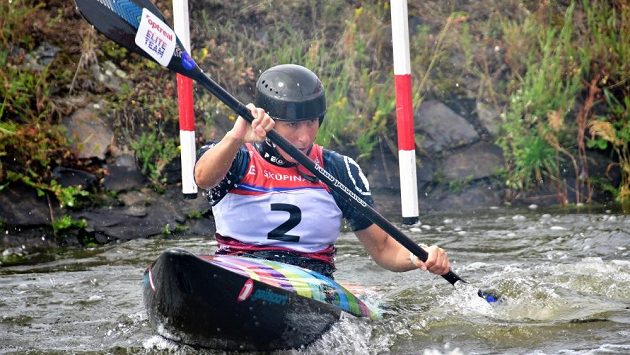 READ Also:  Serie A: Gattuso leaves the bench of Fiorentina ... three weeks after his arrival!

“It must have been a little easier for me, knowing that, unlike the others, I have two attempts. In addition, last year I was not very prepared for the domestic nomination and underestimated it a bit, this year I prepared better, “praises the calmer fight for the national team.

But nervousness will probably come in the autumn, regardless of the race, she will have her second attempt to obtain an engineering degree at the University of Economics and Management. “I was fired last year with a diploma. Now I pay a lot of attention to it outside the races and after a year I will have another try. But I’m not looking forward to it at all, it wasn’t exactly pleasant, “he doesn’t hide.

Doug Marrone has not heard from Yannick Ngakoue, unsigned

Juventus market, an unexpected offer is coming for...

This website uses cookies to improve your experience while you navigate through the website. Out of these, the cookies that are categorized as necessary are stored on your browser as they are essential for the working of basic functionalities of the website. We also use third-party cookies that help us analyze and understand how you use this website. These cookies will be stored in your browser only with your consent. You also have the option to opt-out of these cookies. But opting out of some of these cookies may affect your browsing experience.
Functional

Performance cookies are used to understand and analyze the key performance indexes of the website which helps in delivering a better user experience for the visitors.

Analytical cookies are used to understand how visitors interact with the website. These cookies help provide information on metrics the number of visitors, bounce rate, traffic source, etc.

Advertisement cookies are used to provide visitors with relevant ads and marketing campaigns. These cookies track visitors across websites and collect information to provide customized ads.

Other uncategorized cookies are those that are being analyzed and have not been classified into a category as yet.