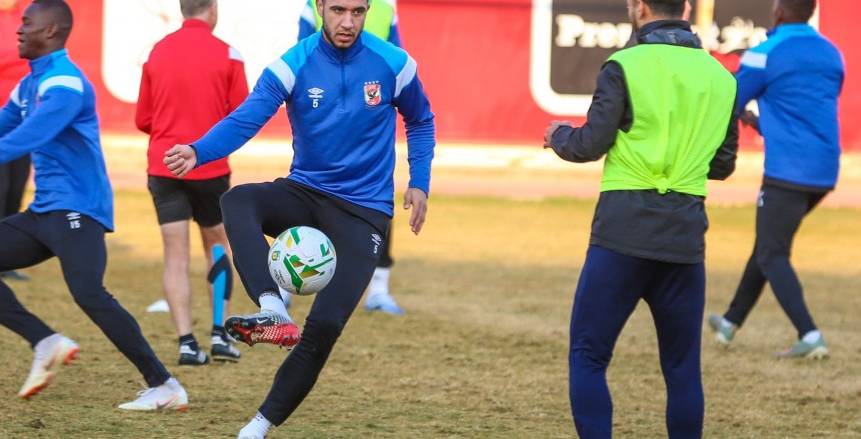 The technical staff of the first football team in Al-Ahly Club is facing a crisis in its training ground today, Tuesday, in preparation for confronting Zamalek in the Egyptian Super.

The crisis is that the training ground for the Al-Ahly Club is not surrounded by a fence in order to maintain the confidentiality of the training, which is scheduled to be held at four in the afternoon Cairo time.

The organizing committee of the match identified the Sultan bin Zayed Stadium, which was rejected by Al-Ahly club officials, where Syed Abdul Hafeez, the team’s soccer director, is trying to search for another stadium in order to train on it.

Al-Ahly will end its training tomorrow, Wednesday, at the Mohammed bin Zayed Stadium, from four until six in the evening, which is the stadium scheduled to host the upcoming meeting.

Al-Ahly will face its Zamalek counterpart, at 7 pm on Thursday, in the seventh Egyptian Super Cup between the two teams.

And Swiss club Rene Weiler, the coach of Al-Ahly club, had asked, from the very beginning, to sign him, to surround the chase with walls, in order to preserve the confidentiality of the exercises.

Already in the red, USA Rugby, deprived of income following the cessation of all competitions, has...
Read more

MANCHESTER UNITED fans may have to wait until JULY to see their team play in the Premier League again. But despite the top-flight's return date...
Read more

Roger Federer staged a show for tennis fans via Twitter on Monday, showing that the living legend hasn't lost its touch since the ATP...
Read more

The NBA is planning an NBA 2K player-only tournament that will feature the league's sharpest video games and broadcast on ESPN, Yahoo Sports reported.The...
Read more