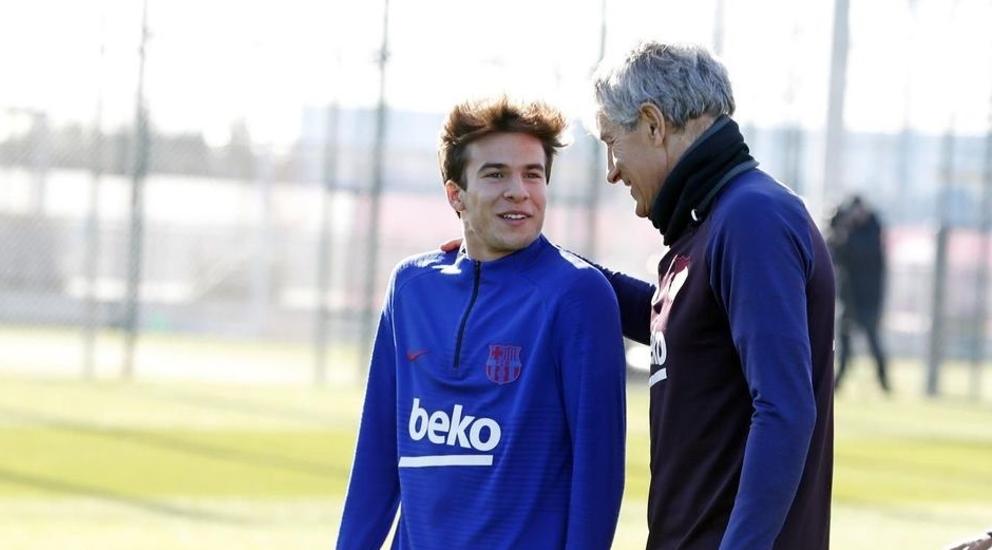 A sentence thought with a cold mind and executed with a warm heart. So he came to explain Josep Maria Bartomeu the change in the Blaugrana bench. That was his story. As a reflection reflected for weeks, especially after the disappointing game of Barça in the classic against Madrid, and activated precipitously and chaotically after the drop that broke the glass, the defeat in the Super Cup against Atlético with a final crash. A change of coach Ernesto Valverde to Quique Setién, in which President Bartomeu believes that he was being charged with party-to-party reasons. A natural decision in the world of football but that ended in the same hotel in Barcelona after a manual of unfortunate ways.

In a room the representative of Quique Setién, Edoardo Crnjar. In another the agent of Ernesto Valverde, Iñaki Ibáñez. On one side agreeing the conditions of the Cantabrian contract. In the other resolving the settlement of Extremadura. Yesterday President Bartomeu presented the club’s arguments to dismiss the coach who has piloted the squad the last two and a half seasons and the reasons for choosing Quique Setién, and had no choice but to admit, motu proprio, that the way in which succession has been managed has been deficient.

The new technician has signed until 2022 but in the summer of 2021, according to a liberation clause in the contract, the relationship can be terminated if so decided by the president who wins the elections.

In a script twist, Barça has gone from Valverde’s pragmatism to Setién’s philosophical realism, of which both Bartomeu and Abidal highlighted his vision of football. “He has a way of training that takes care of the game and the style and that is something that we like. He was in love with Cruyff and that also connects with our essence as a club, ”said the Barcelona leader.


The touch, the combinatorial game, the DNA. Classic concepts of Barcelona are in vogue again thanks to Setién’s taste for that football. Although basically what is expected of the new coach is to revitalize a team that was falling apart. “I have seen many changes in the first training. I think that this way we can reach our goals. The perfect coach is Quique Setién, ”Abidal added. The club had put in the duty of Valverde the fact that the squad was not in a buoyant physical moment, a manifest stagnation in the game and a certain relaxation when managing the day to day with the players. It is also stressed that in certain cases the complicity between Valverde and some soccer player had been lost. Of course, this does not match the words of Suárez and Messi defending Valverde after the Saudi Super Cup.

A defeat that pressed the nuclear button but since RAC1 advanced the meeting between Abidal, the general director, carscar Grau, and Xavi Hernández in Doha the whole plan was exposed and the image of the club badly damaged. “Obviously, I would have liked things to have been done differently, in a better way. The mood of this meeting is not this. In recent weeks and months we have talked with many coaches to discuss the future, also with Quique Setién, but it was not made public. The work was done. But of course in the last days a name came out (Xavi’s, which he didn’t quote) that shouldn’t have left. We had always worked with discretion and talked to many coaches, ”Bartomeu said.

Barça had in its portfolio of reports between 7 and 9 technicians, many of them the names that have transcended these days, from Koeman to Pochettino through Allegri, Setién logically or the technician of the subsidiary, García Pimienta. In this first list was not Xavi, which was seen as an opportunity to take a hit at a low mood. This plan surprised many managers, who learned from the press and have not seen with good eyes the way to dismiss Valverde.

Of course, at the meeting on Monday, support for Setien’s candidacy was massive, “unanimous” in Bartomeu’s words.

The president returned yesterday to the Ciutat Esportiva to inform the players of the change. “The players are professionals and know the value of Quique Setién as coach. I’ve talked to them for a long time. ” Now he hopes that with the change in the bench the players hit the key of the good game and apply more. The main objectives of the season are still at hand.