neither Super Cup nor of Spain 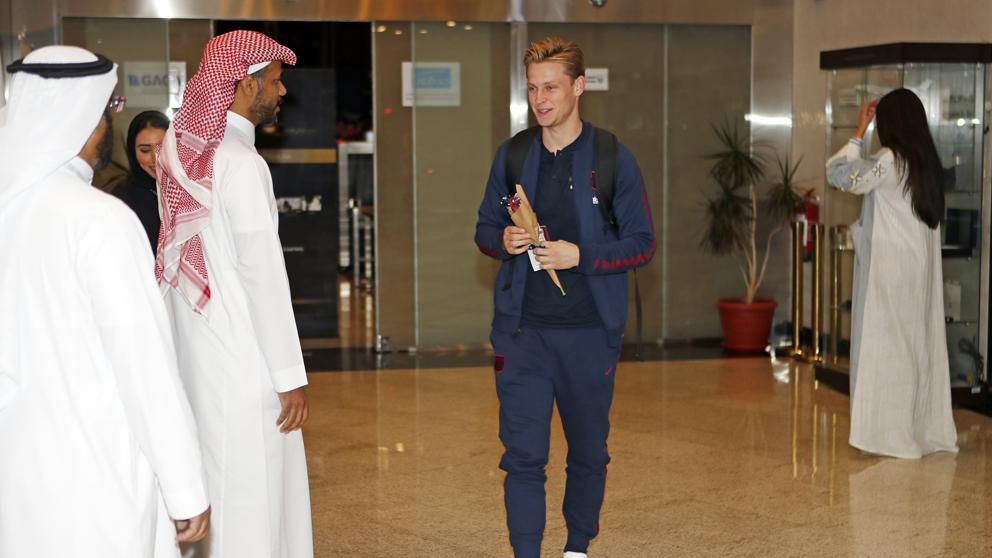 For a long time, football, guided by money, took a suspiciously adventurous course. The last sample is the Spain Supercup, a competition that is not even Super Cup (as we knew it) nor will it be held in Spain. Born in 1982 to elucidate a winner among the champion of the League and the champion of the Copa del Rey, the tournament slightly modified its bases in 1996 (until then if the same team took the two titles it was considered the winner without the need to play the final), but it will be the newly released 2020 that illuminates the definitive jumble of its instruction manual .

From now on four will participate clubs, the top two league finishers and the two cup finalists, and, by means of a succulent contract, the next three editions will be disputed no less than in Yida, city located in front of the Red Sea, in Saudi Arabia. So tonight they will face the Madrid and the Valencia in the first semifinal, and tomorrow they will Barça and the Athletic In the second. Winners will see their faces on Sunday.

The agreement was signed by the Spanish Federation presiding Luis Rubiales Not without controversy. The regime of Saudi Arabia It is not exactly comparable to the standard of European democracies, so the economic motive is evident: the total amount amounts to about 120 million, of which half will go to the participating clubs. In this edition Barcelona and Madrid will take the best part for their international pull, while Atlético and, especially Valencia (which requested an arbitration to the Federation to claim more portion of the cake), will raise less. In any case, these are very high amounts that justify, from the strictly commercial optics, a maneuver of such caliber.

Ethically, the matter is more difficult to digest. Despite the efforts of the Federation when it says that this Super Cup will serve as a “tool of change” to start transforming a society like the Saudi, also announcing the creation of a women’s tournament supervised precisely by the Federation, organizations such as Amnesty International denounce this peculiar soccer trip because, they understand, it collaborates in the laundering of a state that systematically violates human rights, especially those of women.

A lot of money

The economic motive is evident: the federation will earn 120 million euros for three editions

The truth is that an apprehensive reading of the recommendations that the Spanish embassy makes available to citizens who want to travel to Arabia causes less concern. In the first place because of the virulent war of this country against Yemen, with responses against Saudi territory in the form of missile and drone attacks (“in the case of a missile attack, it is recommended to take cover as far away as possible from walls and windows ”); Second, by very strict criminal legislation, it is not in vain that Islam governs all aspects of life in Saudi Arabia. Homosexuality is punishable by flogging, jail or the death penalty; extramarital affairs are prohibited, the possession or distribution of pornography is punishable by imprisonment; drug trafficking, with decapitation; Alcohol consumption is strictly prohibited, as is the introduction of tobacco. As for women, as the embassy recalls, “the separation of sexes governs all aspects of daily life”, so, despite some improvements such as the possibility of obtaining a driver’s license since June 2018, women They still need the permission of the man according to what situations.

In order to soften that retrograde image and initiate an apparent modernization, the Saudi monarchy launched the program Vision 2030 , promoting a series of economic and social reforms aimed at changing the perception of the West, encouraging tourism (prior to 2019 you could only travel to Arabia for work or pilgrimage to Mecca, holy land that Muslims should visit at least once in life) and organizing international festivals or sporting events such as the Dakar being played these days or the Italian and Spanish soccer Super Cups.

In the context of this opening, women will be able to attend Super Cup matches in the same tier as men. This is one of the many awarded by the Spanish Federation.

The Professional Footballers' Association has questioned the benefits of a league-wide 30 percent pay cut. The union has also warned that players...
Read more

Trail Blazers journalist Brooke Olzendam switched to the Hoops and Talks podcast to talk to Cassidy and Tara about how time is...
Read more

The biggest star in the NBA Kobe Bryant, who died in a helicopter crash on January 26, became part of the Basketball Hall of...
Read more

We determined each "U position." measuring what every college should strive to do, in sports and beyond: prepare students for professional careers....
Read more