“I have only tried to continue with the same hunger” 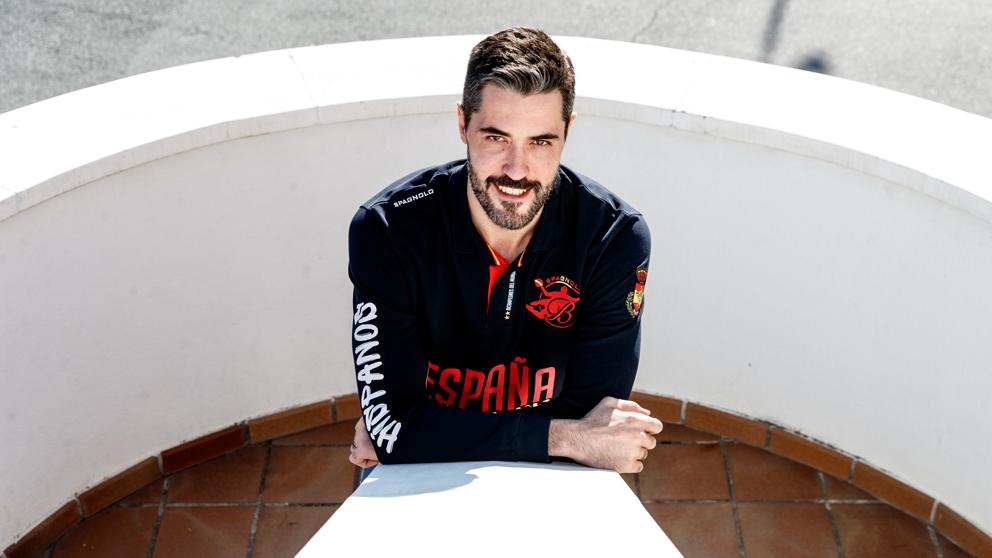 Flavoring farewell faces Raúl Entrerríos (Gijón, 1981) on European 2020 in Norway, Sweden and Austria, which starts tonight with a Spain-Latvia (20.30). The Central Blaugrana, at 38 (39 will turn on February 12), faces the final stretch of his career after 18 years of professional, 16 with the selection and 7 medals; among them, a world gold (2005) and a continental gold (2018), which they will defend the

Hispanic
. Entrerríos, conjunction of modesty and majesty on the track, reflected for The vanguard over his last half year as a player just before flying to Norway.

“I am proud of my dedication, my seriousness and commitment, and of having continued to learn”

It will be his last European with the selection. How do you deal with it?

Withdrawing is not something I have thought at the last moment. I have been assimilating that the end was approaching for several seasons, I had to prepare it, and I have done it with enough head. It is true that this championship and many other tournaments and matches are special because they are “the last time …”. I try to focus on the present: it is the most positive way to face it, enjoy it and taste it to the fullest. And once it’s over, there will be moments for nostalgia.

Do you think he could have extended his career for another year?

I have always believed that you have to think about the moment of withdrawal, and when I had the chance to renew with Barcelona or take another project, I chose to have an end in a very competitive team like Barça and at an age that I think a withdrawal corresponds. I don’t think it was a mistake not to continue.

He made his debut with the national team in 2003 and when he retires he will approach David Barrufet as the second most international player (now 260 games; Barru, 280). What do you see when you look back?

It’s hard to imagine that I was going to reach a figure like this. I look back and see that kid who started playing handball in Asturias, totally amateur, with a lot of dedication. I spent a lot of hours and took every workout seriously. I dreamed of playing one day in the Asobal League, debuting in the national team, and when you complete those stages, the only thing you try is to continue with the same hunger, and that is what I have done until today.

What are you most proud of all these years?

Of dedication, seriousness and commitment to work, but also of my ability to adapt and continue learning. I am a veteran player, but at no time have I stopped learning. Today I am still trying to assimilate other aspects in each training, adapt things for me, for the team or for what the coach needs. This attitude has allowed me to be so many years in the selection and in competitive teams.

Speaking of which, what selection do you leave?

The philosophy of our handball is clear and has not changed, regardless of the different players and coaches we have passed. Why? Because our characteristics are what they are. We have a very defined way of playing, which is seen in all the teams of the League, with a collective game, of great continuity.

What is the best of this selection?

And the most improvable?

We have always talked about deficits in the size and size of the players, the lack of external launch … But I think that we do other things much better than other teams, and that has allowed us to be European champions. To be clear that this is a team, with all the letters, and that we are here to add our individualities according to the same objective is what makes us great.

Next season, European. No selection revalidates title since 2002 (Sweden). Do you see it possible?

It is very difficult, we are all aware of it. And more because of the proximity to the Games, it has much more value because many teams want to rush the options to go to Tokyo. Everyone will bite from day one. We, in addition, are the current champions and are hungry to make a great championship.

What rivals do you see?

The usual teams that aspire to be in the semifinals and are in the pools before any championship: France, Denmark, Germany, Croatia … And there are also three local teams and this gives them a plus to advance. We speak of Austria that a priori does not have so much cartel, but has a good team; Norway are the current runners-up in the world and make a very good handball; and Sweden, runners-up of Europe. We know the difficulty of this European, it is much more demanding than others.

Let’s talk about the future. When he returns from the national team in February, he will have four months left at Barça, and goodbye (Games aside). Do you feel dizzy after 10 years of blaugrana?

It is inevitable to think about it. When I signed the last contract I thought: “You have two years ahead.” That time has flown by. I’m already in the final part. It will be a cluster of many sensations and emotions, and that helps me.

In this last course he plays less and is playing Luka Cindric’s adapter.

Not only with Luka. I’ve always considered myself a player who acts as a gear on any team, and that makes me proud because it’s not easy. It is a responsibility, and it is what I have tried to do on and off the track. With Luka we share many moments in training. In addition, we are a comfortable team because it is very familiar and everyone is clear about it.

He renewed with Barça until 2023-24 to occupy a technical position. What function will it have?

We still have to speak it. I will be where Barça needs me, either in the first team or helping at the base. It is something that the club has to define. In the same line that I have been as a player I will be as a coach, to learn and try to contribute my experience. I see where they put me … I think I can contribute things in several facets.

With your experience and the finished Sports Science career, what would you like to do?

I like both the high performance and the base, they have very attractive aspects. I have a summer campus and I work with children to convey everything I know, but the idea of ​​participating with players of the quality that exists in Barça is also attractive to me.

You can't go out, so many have chosen to turn their partners into amateur hairdressers. Last week we already saw Iker Casillas radically changing...
Read more

MILWAUKEE - Bucks fans are not happy after the NBA has announced that there is a lot of pessimism about the possibility of restarting...
Read more

In January, Antonio Brown was formally charged with the alleged attack of a truck driver moving outside his home in Florida, a large NFL...
Read more

The Professional Footballers' Association has questioned the benefits of a league-wide 30 percent pay cut. The union has also warned that players...
Read more