The women’s championship of Russia in Krasnoyarsk has confirmed the obvious: no one in the world is able to fight Anna Shcherbakova, Alena Kostornaya and Alexandra Trusova. Alena amazingly skated a short program, Anya answered with an incomparable performance of an arbitrary, which is already called the best in history. Sasha, even with frankly bad hire, did not leave anyone a chance in the fight for bronze.

Evaluation beyond fiction, five results above world records and general euphoria: Russia has made a grandiose breakthrough in women’s figure skating.

But it is worth lowering your eyes below the first three positions in the protocol, as the picture of the unconditional superiority of Russian figure skating ceases to look so cloudless. 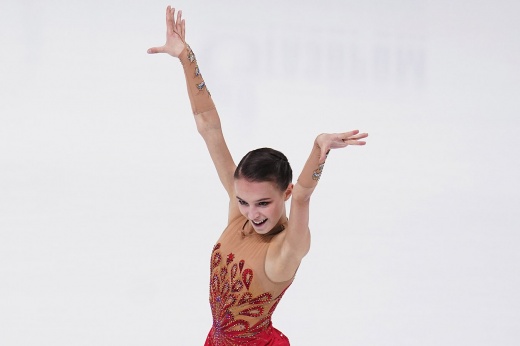 The championship of Russia is space. Our skaters surpassed all world records!

Japanese and American women may not come to the World Cup. Useless.

Is there life behind the triple?

I must say right away that nobody is going to question the outstanding level of the medalists, however, even their incredible results are not enough to draw conclusions about the general situation in Russian women’s figure skating. Moreover, all three girls are engaged in the same group, with the best coach of the country, who had all the conditions for work. Everything is clear with the Tutberidze team: she copes brilliantly with her task and for six years she has been preparing leaders for the adult national team of Russia. But what about the rest?

Where are the pupils of other eminent and not at all distressed schools?

Where are the diamonds from the regions that need only champion cutting?

Where is the progress of yesterday’s stars, always promising?

It cannot be said that in Krasnoyarsk there were no such athletes at all, but they were obviously not present in the same number and quality as one would expect from a superpower that was several generations ahead of progress. 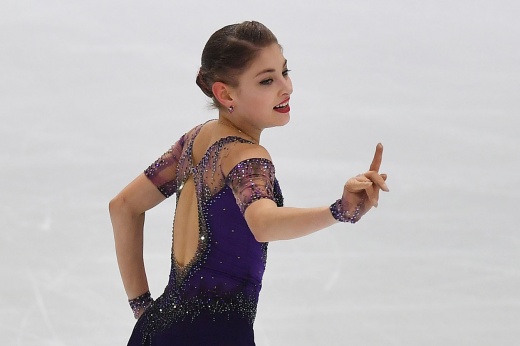 Kostornaya removed her rivals from the path. Medvedeva lost to all major competitors in Russia

The ingenious rental of Alena Kostornaya became the decoration of the Russian Figure Skating Championship. Medvedev is still uncompetitive.

Throughout the season, fans and specialists wondered if one of the more experienced and titled athletes would be able to seriously compete with Shcherbakova, Kostornaya and Trusova at the Russian Championship. Failed.

Contender # 1 for this role Alina Zagitova self-relieved two weeks before the competition. Another star of recent years, Evgeny Medvedev, after a good, but not brilliant short program, withdrew from the tournament due to a strange story with a broken skate. Only the most experienced Elizaveta Tuktamysheva went to the end.

There can be no complaints against Lisa: yes, her risk with the premiere of the four did not materialize, but Trusova’s misfire only confirmed that the 2015 world champion did everything right. Nevertheless, the fact remains: the difference between the winner and the owner of the fourth position in the Russian championship exceeded 57 points, and Tuktamyshev was separated from the bronze by more than 20 points. The real abyss. 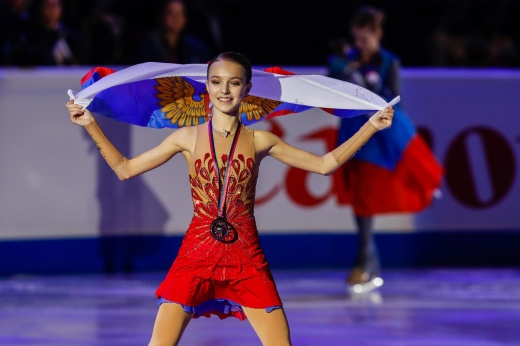 The real detective. The battle of figure skaters in the championship of Russia under threat?

It is still not completely clear whether the best skater in the world Alyona Kostornaya will perform in Krasnoyarsk. What’s happening?!

Is figure skating a sport of capitals?

In the free program, Ksenia Sinitsyna was pleased, who, since last season, was wooed into the Tutberidze group. However, an interesting skater with very unusual choreography is already 15, and at this age, the wards of Eteri Georgievna usually already win major international starts. For example, Trusova and Shcherbakova are now just 15 years old, and Kostornaya is one year older than them. Anna Frolova, the youngest participant in the Russian championship, also left a good impression, while Valeria Shulskaya from the Orenburg Region lost out to her rivals in the second round in net rentals.

Outside the first three of the Russian championship, there are also worthy and capable skaters, but none of them (except Tuktamysheva) even tried to perform a triple ax or a quadruple. Another problem is the extremely narrow regional representation. Just think about it, among the 17 participants of the tournament only Shulskaya is not in favor of Moscow or St. Petersburg. And this is against the backdrop of an unprecedented boom in figure skating, which captured the country after the successes of Lipnitskaya, Sotnikova, Medvedeva and Zagitova.

There are no problems with those who want to ride, but there is a clear lack of qualified trainers. There is a stereotype among parents that one can reach a serious level only in Moscow or St. Petersburg, and only a few are ready to give up everything for the sake of a ghostly chance for their child’s great career.

The fateful moment for figure skating

At first glance, it is strange to talk about problems after the unique speeches of Shcherbakova and Kostornaya, about which the whole world is trumpeting. But in fact, no more suitable moment can be found – then it will be too late. The Tutberidze revolution provoked a sharp jump in the development of female figure skating around the world. Abroad, they retreated from the shock and set off in pursuit.

It would be a monstrous mistake to believe that Russian domination will continue by itself. Russia really has a chance to gain a foothold on the top of world figure skating, but for this it’s not enough to create all the conditions for one group and sit back. Otherwise, female figure skating will be in great danger. We ourselves will not notice how we will recall the current era with nostalgia and light sadness.

The Sunderland coroner’s office renews appeals to track down the family...

drbyos - January 15, 2020 0
Juan Mata sent Manchester United into the fourth round of the English Cup with a clear final in the 67th minute to secure a...

schedule and where to see the semifinals between Nadal and Spain...

NBA: how Batum becomes luxury ambassador of the Hornets in Paris...